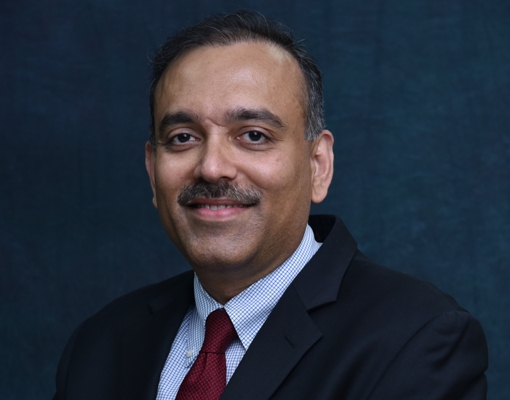 Rakesh Jha, who has been the Managing Director of Barclays Bank Uganda for the last five years, will leave the financial institution in August this year.

The Bank’s Board has appointed Mian Nazim Mahmood as his successor in Interim capacity.

During his tenure at the bank, Barclays’ total assets grew from Shs1.4 trillion in 2014 to Shs2.79 trillion in 2018, making it the 5th largest bank in Uganda by assets with a market share of 9.95%. He leaves the bank in final stages of transitioning from Barclays to Absa.

Business Focus’ Taddewo William Senyonyi had an exclusive interview with Jha about his experience of working in Uganda, the future of banking in a digital world and a wide range of issues about the industry.

Q: Thanks for the job well-done at Barclays Uganda as Managing Director in the last five years. What next for you?

A: I have been in the banking industry for two and a half decades. I will be joining another banking group in Africa; I will be a heading a bank in Southern part of Africa.

Q: How would you describe the people of Uganda and the environment at large?

A: If you look at the (economic) growth Uganda is experiencing, there are two important reports that collaborates it. Uganda is ranked as world’s most entrepreneurial country. Second is the Harvard report of 2017 that put Uganda among six countries in the world whose growth rates will be faster than their peer countries.

These two reports speak volumes about the resilience of the economy and the people.

One finds Ugandans extremely hardworking, positive and not waiting for someone to change their fortune. They would like to take destiny in their own hands and create their own fortune. I think the environment is conducive for growth for the next 10 years or so.

Q: How would you describe your experience at Barclays?

A: I would describe my stay at Barclays in many ways. I would look at the commercial indicators and the impact of the bank. We have done a lot to spread the bank’s services and products to many people.

Q: What key achievements are you proud to leave behind?

A: Stabilizing the financial performance of the bank has been very key.

We have leveraged on technology to grow; we have introduced new products, added new features to existing products and ventured into new areas that we were not into to enhance customer experience.

We have partnerships with Shell Vivo for pre-paid cards, partnerships on agency banking and Bancassurance side. These are new things benefiting our customers.

We have put our customers at the centre of everything, trying to create propositions around them to ensure that they felt part of the story and believe that the bank was changing their lives more positively. These are notable successes I could think about.

Q: In terms of figures, how has the bank been performing?

We have appointed 350 agents to service customers in every best way possible. I must add that if you look at the performance in isolation, you can’t get the complete message of the story; you also need to know that we have also been transitioning. To carry such a large scale transition/ migration and carry customers with us and deliver this double digit growth is the most commendable part of our achievement.

Q: When is Barclays Uganda fully transitioning to Absa Uganda?

A: In 2017, we had agreed with the parent bank to phase out the name (Barclays) by end of 2020. However, we have taken a decision here to have a faster transition, so you could see the transition happen before end of this year. You’ve already seen Absa is becoming more and more prominent in the continent.

Q: What does the change of name mean to the customers?

A: Initially when Barclays shared their plans, there were some worries amongst customers but this has since changed.  When Barclays sold majority shares in 2017, the customer reactions were not as sharp as in 2016; customers have also now seen that this transition will not make a huge difference on the negative side.

For them, as long as the bank continues to deliver what we have been delivering in the past in terms of our brand promise, then they will be very happy.

What they also believed is that Barclays is a brand promise and it is delivered by people who work in the country.

So, as long as the people who work in the country are committed to delivering a similar commitment and delivery in the future, then it doesn’t matter whether the name is Barclays or something else.

On the positive side, Absa being an African brand, I think it will be able to deliver on Africa people’s dreams, passions and ambitions far more strongly than what has happened in the past because the key decision makers are going to be sitting in Africa and therefore their feel of the ground is going to be far more stronger and far more accurate for them to be able demonstrate what the bank could do differently and positively in the future.

It would think that it’s going to be a very positive change for customers.

Q: You briefly talked about digital banking. How has Barclays leveraged on technology to deliver superior banking experience to customers?

A: We have always remained on the fore front of delivering cutting edge technology to our customers. We introduced CashSend, a pioneer product introduced to enable customers send money to non-bank customers using the banks intelligent ATMs. This was a very positive product.

Through internet banking, we have made banking 24/7 possible.

We have two key products; pre-paid card solution and Access Account which has made banking seamless. With pre-paid card, you don’t need to carry money wherever you’re going.

I am also privileged to have been the Vice Chairman of Uganda Bankers Association and played a part in introducing the agency banking platform for the industry. The industry now has 8,000 agents and customers can transact from any bank using this platform.

Q:  How true is the notion that Barclays is a bank for the rich?

A: That’s not true.  Barclays is a bank for everyone contrary to the belief that it’s for the rich. You don’t need to be super rich, you don’t need to have so much of wealth to become a customer; you can start with Shs10,000 by opening the Access Account  and the bank will help you to grow. We have about 45,000 customers who can save an average of Shs5000 in a week.

The bank will continue to innovate to give both retail and corporate customers a superior banking experience.

Q: In the era of digital banking, paint us a picture of how tomorrow’s modern bank will look like?

They could be sitting in the remotest district of the country and doing banking seamlessly from wherever they are.

Customers will not need to visit banks for transactions as simple as that.

The future will have less and less of cash, more and more transactions will be done electronically, so the cost of doing banking will come down.

Structurally in the future, there will be easier access to credit again online; I think customers are going to be benefiting positively in the future through this digitization of banking.

Q: Digital banking also comes with so many risks. What can banks do to keep ahead of fraudsters?

A: Investment in fraud management infrastructure is going to be critical.

Banks should also ensure customer education is done regularly and consistently so that they are aware of the biggest fraud trends that are happening and emerging.

We must also encourage customers to report irregular things as and when they happen.

As an industry, we need to combine hands to ensure that we create a common infrastructure for managing and preventing fraud because fraud will attack any bank. Today it could be bank X and tomorrow it will be bank Y. We must tackle this monster jointly. If we do it singularly, it will be difficult to defeat.

We can’t compete with each other on all fronts.

Q: What’s your general overview of Uganda’s banking industry? how sound and vibrant is it?

A: It has come a long way. For the five years I have been here, it has made some progress, but there are key challenges that remain. For example, the industry cost to income ratio is very high at over 70%. We need a common infrastructure to bring the cost down and reach out more to the unbanked.

Once we are able to bring the infrastructure costs down, the cost to income ratio becomes better, return on equity becomes better and more technology will be deployed, so the people of Uganda will benefit more from access to banks.

Q: For five years, Barclays has generally been scandal free. What’s the secret?

A: We have an advantage of being part of a very big franchise-earlier Barclays now Absa. We do benefit a lot from Group processes, systems and procedures to ensure that the bank has tight controls.

Investment in our people has also been key; it is people who deliver what we plan, so training becomes part of our daily life so that they remain ahead of the game and are able to counter potential frauds and scandals.

But also working very collaboratively with the regulator and stakeholders has been very key.

Q: What message do you have to your successor?

A: It would be very unfair for me to give any message because every individual has their own way of thinking and vision and rightfully so.

But the most important message would be the migration/ transition; engage customers and stakeholders on this entire journey of transition so as to grow the bank to greater heights.

Q: As you leave, what’s your outlook for Absa Uganda?

The banking industry has a very important role not just in terms of being able to provide banking services, but also reach out to as many people in the country as possible because only when every person who wants to bank is banked, then the country starts progressing at a rate that is sustainable.

So I think banks should ensure that they touch as many lives as possible in a more positive manner. 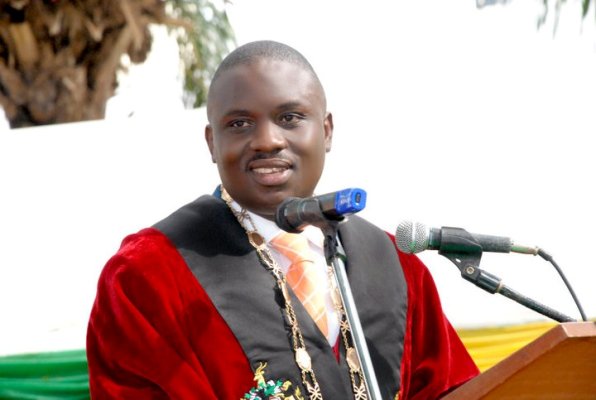 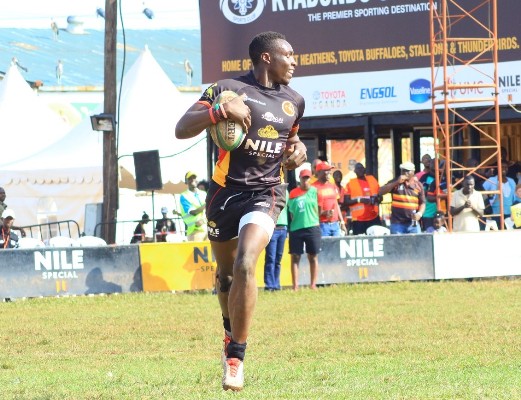 Africa Is Among The Fastest-Growing Rugby Fan-Bases With 32.7M