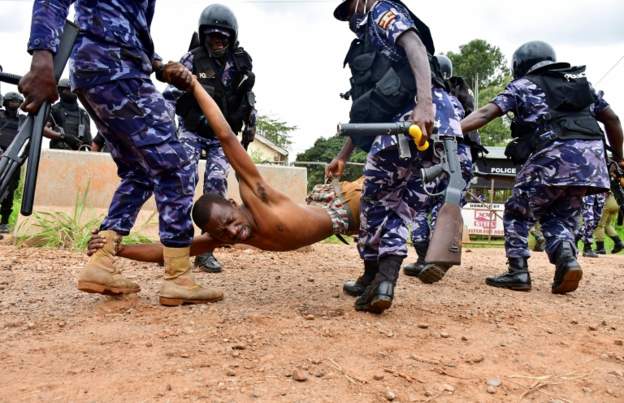 Many opposition supporters were arrested ahead of the elections

The US State Department says it’s considering a range of targeted options against members of the Ugandan security forces it holds responsible for abuses against opposition candidates and civil society.

The run-up to January’s election was marked by a series of deaths, arrests and detentions of opposition supporters, including Robert Kyagulanyi popularly known as Bobi Wine, who was contesting the presidency.

Bobi Wine abandoned his challenge to the result of the vote on Monday, saying the Supreme Court was biased in favour of President Yoweri Museveni.

One thought on “US Mulling Options Against Ugandan Forces Over Abuses”