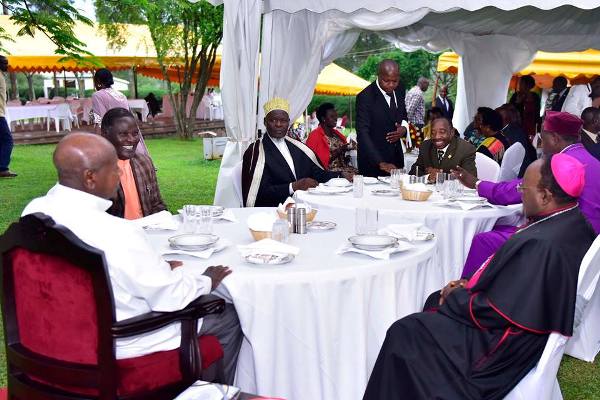 President Yoweri Kaguta Museveni has appealed to religious leaders to use the church platform to transform society.
The president was speaking to religious leaders under their umbrella organisation -Inter Religious Council of Uganda, who had just completed a tour of farms in Ibanda and Kiruhura District at the invitation of the President.
Led by Bishop Cyprian Kizito Lwanga, the team included Archbishop Ntagali, Mufti Shaban Mubaje, Bishop Lwere of the Born-Again Faith and Pastor Matte, Leader of the Seventh Day Adventist church, they were later hosted to a luncheon at the Presidents country home, Rwakitura.

Below is President’s message about his meeting with religious leaders;

Religious leaders under their umbrella organisation, the Inter Religious Council of Uganda, led by Archbishop Cyprian Lwanga, toured farms in Ibanda and Kiruhura districts at my invitation. I later hosted them for a luncheon at my country home, Rwakitura.

When I finished Senior Six in 1966, I was inspired by what I had studied about the Industrial Revolution to start a campaign in this area (Western Uganda) to discourage nomadisim because it was not economically viable.

The Bible says; “Let your light so shine before men, that they see your good deeds and praise your father who is in heaven”. It is therefore sinful to live among poor people, and let them remain poor, when you have the knowledge to help them transform.

What we did here was to teach people to keep a few cattle that have high milk yields instead of keeping a large herd of the indigenous Ankole cows that had low milk yields.

Not only are people able to get more milk from cross-bred cattle but it has also reduced pressure on land. Even those with small pieces of land are able to benefit from dairy farming.

That is how we have been able to transform these nomads into commercial dairy farmers, and from your tour, you can testify that there has been economic transformation in this area. People generate income from the sale of milk, which is now a lucrative venture.

We have extended this campaign to agriculturalists, teaching them to use the four acre model, which discourages subsistence agriculture and encourages farmers to engage in enterprises that generate income.

Now I appeal to the church to join hands with government to spread this gospel. Use the church platform to teach people how to create wealth even with small land holdings

I also request that you join me in the crusade to stamp out land fragmentation. The practice of bequeathing land to family members and it is subdivided must stop.

Instead, convert this to shares, so that the children share proceeds from what is produced on the land. Let us not divide land into small pieces that are economically unviable. In countries like Germany, it is illegal to sub-divide agricultural land.

Working with you (church), we shall transform the countryside and improve our peoples income, even as we continue to deal with those in urban centres who have no jobs and no land.

I thank you for sparing time to come and learn what is happening in this part of the country and look forward to seeing this being implemented in your areas. 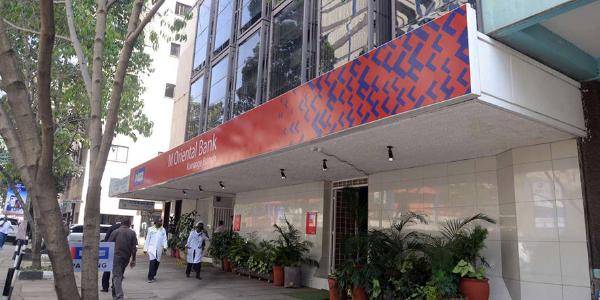