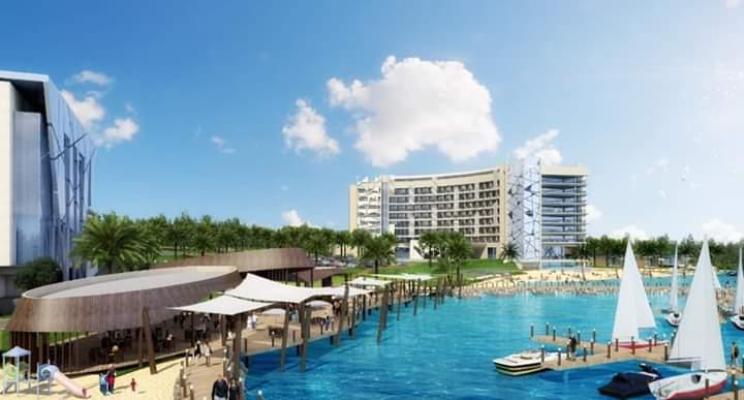 The State Minister for Tourism Godfrey Kiwanda has applauded the construction of a new-5 star hotel at Ssese Island on Lake Victoria by property mogul Sudhir Ruparelia, saying the new development will go a long way in boosting Uganda’s tourism sector.

Kiwanda says Uganda needs more hotels to reduce the cost of accommodation for both local and foreign tourists.

“..We need more hotels in the country to reduce the cost of accommodation,” the minister said in an exclusive interview with Business Focus at the ministry offices on Rwenzori towers, Nakasero on Monday.

Kiwanda encouraged hotel owners to make partnerships with international hotel brand managers so that its gates will be opened to more visitors.

“We also need international brands to set up here and this can be achieved through partnerships,” the minister said.

In an interview, Sudhir said the 5-star hotel will be a state-of the- art asset in the area to give both Ugandans and foreigners new options in regards to accommodation, meals, beverages and conference facilities.

He added that the hotel will provide a number of employment opportunities and contribute to national development.

“The construction of the new hotel is estimated to take a period of three years. It will consist of 350 guest rooms. This will boost the country’s tourism sector and create more jobs for Ugandans. We want to give both Ugandans and foreign visitors something new and contribute to national development,” Sudhir said.

The hotel that seats on a 20 acre piece of land in Kitubulu at the picturesque site that used to host Ssese Gateway beach will cost US$100 million (UShs367bn) in expansion and refurbishment, according to the proprietor.

In a media interview in 2016, Sudhir revealed that he had “more than 300 titles [of land] in my closet and still counting.”

For example, he has more than 15 buildings along Kampala Road.

He valued his titles at around US$1bn (roughly 3.6 trillion) excluding the now defunct Crane Bank.