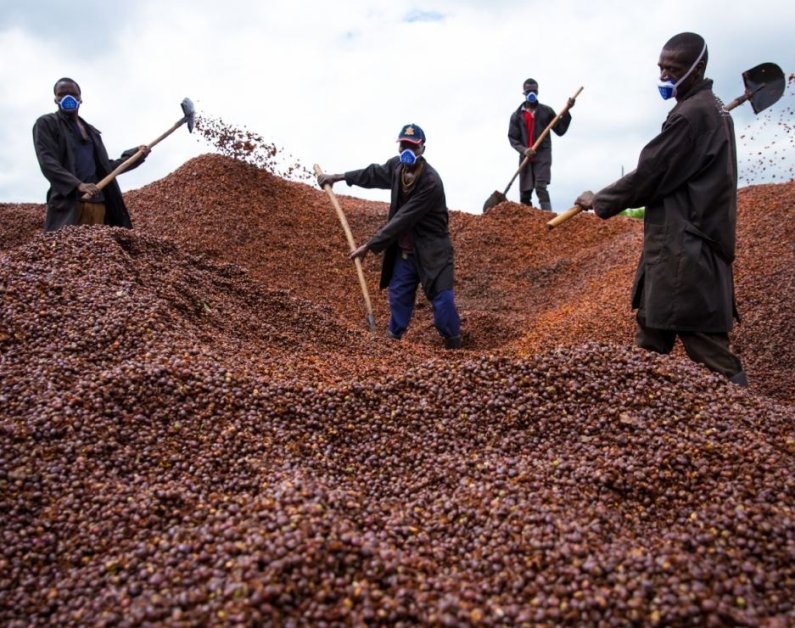 Importantly, coffee is grown by 1.7 million households in over 100 districts. Additionally, the coffee industry employs over 5 million people through the coffee value chain related activities.

Although Uganda grows both Robusta and Arabica, the former  is the major type of coffee grown in the country, accounting for about 80% of production.

In 2014, Government through UCDA embarked on a countrywide drive to replant coffee in the country in order to revive coffee production that had stagnated at 3.5 million bags. Through this coffee replanting programme, Government is pushing to have Uganda produce 20 million 60kg bags by 2025. This would make Uganda one of the top five coffee producers in the world.

As coffee production increases, it’s important to look at the different regions of the country and their contribution to the total coffee production. This will not only show how the national coffee cake is shared, but also play a key role in planning.

This ranking of leading coffee producing regions is based on figures  for coffee production in Financial Year 2018/2019 which Business Focus  exclusively obtained from UCDA. The ranking is also based on 60-kg bags produced per region in 2018/19.

Whereas almost all districts in Central Uganda grow Coffee, Greater Masaka is most known for being highly involved in coffee production. The region largely grows Robusta.

It is closely followed by Busoga having produced  672,281 bags in the year under review.

In 5th position is Ankole region that produced  625,655 bags of coffee in 2018/19. It is followed by Kigezi. The region that largely grows Arabica type of coffee produced  285,576 bags in the year under review.

Acholi and Bukedi  complete the 11 coffee producing regions of Uganda with 46,888 and 17,756 bags respectively.

It is important to note that some regions such as Acholi, Bukedi, West Nile and Lango have embarked on serious coffee farming in recent years.

Safaricom Sacks 52 Workers As It Steps Up Fight Against Fraud