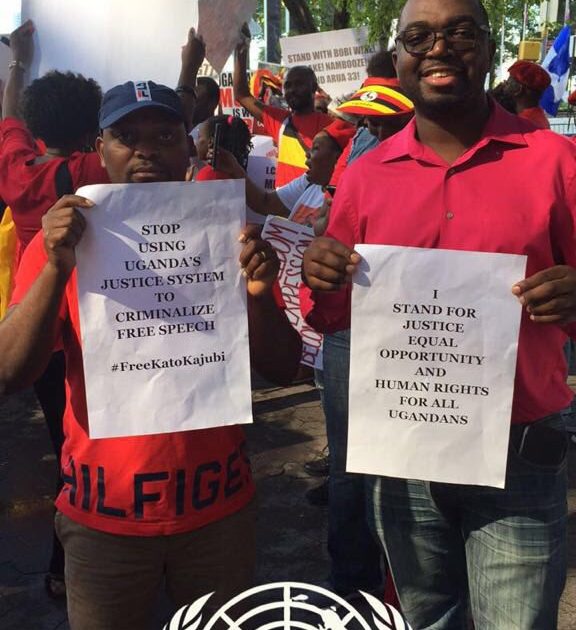 The demonstrations spilled onto the sidelines of the United Nations General Assembly in New York last week, when more than 100 people joined a protest calling for change in the East African country.

“We wanted to denounce the routine police brutality and extrajudicial killings that have been happening for the last 32 years,” Kharim Ntambi, who organized the protest, told VOA. “We also wanted to demand that the government should stop criminalizing dissenting views.”

Nantume Kabanda and Robert Mulerwa grew up in Uganda and attended the rally in New York. They’re calling on the international community to end its support of a government they say oppresses its people.

Kabanda and Mulerwa want new opportunities for Ugandans, but they especially want President Yoweri Museveni, who has held power since 1986, to step aside.

“It’s been 32 years. Everything comes to an end, and everything grows old,” Kabanda, who was raised near the Ugandan capital, Kampala, told VOA at the protest in New York.

“The country is basically numb because of one person, the president, who needs to leave and give people their freedom,” she added.

Opposition leaders who were unable to stop the amendments have encouraged the demonstrations. “That’s why you’ve been seeing the wave of protests in all communities,” said Ntambi, a Ugandan who lives in the U.S. state of Maryland.

Several people at the protest in New York held signs in support of Bobi Wine, a parliamentarian and former singer who has emerged as a vocal critic of the president and a symbol of resistance.

In August, Wine’s driver was shot dead, and the lawmaker was beaten and tortured. Wine believes government forces are responsible.

Wine came to the United States for medical treatment after the incident. In an interview with National Public Radio, Wine, whose given name is Robert Kyagulanyi Ssentamu, called on the U.S. to stop providing military assistance and arms to Uganda.

The U.S. provides Uganda with more than $970 million a year in assistance, according to the U.S. State Department, with the bulk of financial support aimed at security.

The Ugandan government is a U.S. ally on regional security, contributing troops to AMISOM, the African Union mission that supports the federal government in Somalia.

Wine is now back in Uganda, facing treason charges along with four other opposition lawmakers.

Wine, 36, was just four years old when the 74-year-old president assumed office. Museveni is one of Africa’s oldest and longest-serving leaders, and is now eligible to run for another term in 2021, and beyond.

Wine’s support comes mostly from Uganda’s youth. Kabanda sees an age gap at work — those in office are much older than the general population, and it’s no coincidence that a large number of young people have no jobs, she said.

By silencing people and limiting their options, the government maintains its power, she added. “It’s basically enslavement in our own country, Uganda.”

“Ugandans are suffering at the expense of one person who has kind of taken over the country,” Mulerwa, one of the protesters in New York, told VOA.

Mulerwa hopes young people will find a way to “propel democracy in Uganda” through peaceful protests.

Millions of young Ugandans will become eligible to vote in the next few years, based on population projections from the country’s Bureau of Statistics. With young politicians like Wine gaining support, that could make the difference in changing Uganda’s political landscape. 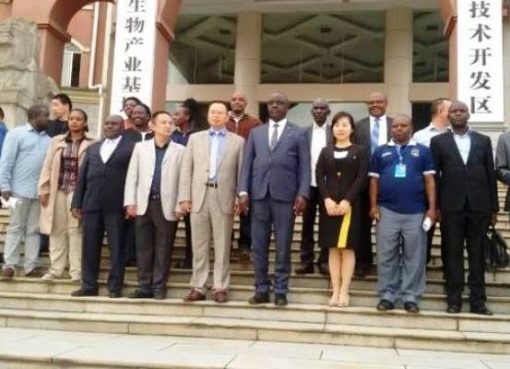