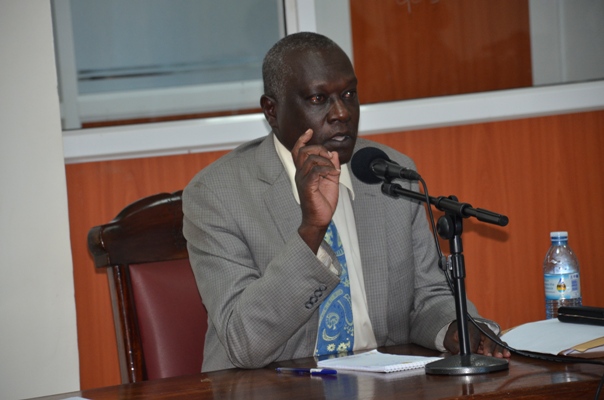 A top businessman in Kampala has accused a senior Commissioner in the Ministry of lands of being part of the group involved in the grabbing of their family land worth billions of shillings.

Michael Mulo Mulaggusi, who operates several businesses in Kampala and Masaka says Robert Opio (in featured photo),  a senior Commissioner in lands Ministry  defied a  High Court order  to release land titles of the the land in question to them.

“Mr. Opio grabbed almost 2sq miles totaling to over 1000 hectors of our land. The land he grabbed is located at Block 232 plot 1 in Karangala, Buddu,” said Mulo in an interview in Kampala last Thursday.

Mulo added that he got to know that Opio grabbed their land through his (Opio’s) junior one Ali Wamala after he refused to place a court order stopping an activity on land located at block 232 plot 1 in Karangala, Buddu.

“It was in October 2017 when I went to Masaka Land Registry to verify if Court order was placed on our land as directed by Court. When I reached into Wamala’s office, I found out that land located at  block 232 plot 1 had no court order and he told me that he could not place a court order on that land because it belonged to his boss  one Commissioner Opio Robert,” Mulo said.

He further revealed that he went to Opio’s office and asked him why he had taken over their land without authorization, but Opio asked him to bring prove that he (Mulo) was the rightful owner.

“When Mr. Opio asked me for proof, I went and brought him the Court order, but on the search, it indicated that the land mentioned above had no court order yet it was part of the land that is under contention,” said a crestfallen Mulo, adding that Opio remained speechless.

Mulo also intimated to that after he proved Opio right, he promised to convene a meeting with both parties to have their land wrangles sorted out amicably.

“At around March 2018, Mr. Opio called our family at his office in Kampala to resolve our land issues once and for all. The meeting was held at the Boardroom of Ministry of lands and Chaired by one Joseph Kibambe on orders of Opio. During the meeting, we were informed that all land titles which were made after Court issued an Order will be cancelled because they were null and void,” added Mulo.

He says that up to now, Opio has never cancelled any land title yet there is a pending court order. Mulo further accuses Opio that around November last year, Court awarded the land to them and directed land Ministry to give them the title.

The land was located at Block 230 plot 1 measuring around 200 hectares.

“Ali Wamala working on orders of Opio declined to give us the title yet court had ordered. We went and petitioned the Permanent Secretary, who order Opio to release our title,” Mulo claims.

This is not the first time Opio is involved in land matters.

In January this year, he appeared before the Land Commission Chaired by Lady Justice Catherine Bamugemerire to explain the land saga between Dr. Lumu and Ham Mukasa.

When asked why this land had to be transferred back into the names of Dr Lumu, Opio said there could have been a failed transaction.

Asked why the late Ham Mukasa’s daughters were never entered on the records, Opio said he did not know because at the time the registry moved from Mailo Registration Volume (MRV) to using Block and Plots.

“My Lord, when we moved from MRV those records were closed and put away. That means no other record was entered unto the MRV, but it appears there is a missing record,” he said.

Opio and a one Banoba are jointly being accused of transacting the land without the knowledge of the executors or administrators of the disputed land. Bibanja holders and the family of the late Ham Mukasa petitioned the land inquiry, accusing Banoba for fraudulently acquiring and transacting the said land.

BACK GROUND OF THE DISPUTED LAND

The land which is being claimed by Mulo and family members  initially belonged to the former Buganda Chief Stanislaus Mugwanya.

Documents further reveal that after Mugwanya’s death, the estates remained in the hands of Yowana Mulo Mugwanya who also died in 1964.

It is revealed that Yowana Mulo Mugwanya died without leaving a Will and hence no heir to manage the estates.

According to Michael Mulo  Mulaggusi, one of the sons to Yowana Mulo Mugwanya, after the death of their farther, their elder brother Kabusu Wilfred connived with the Administrator General and he fraudulently became the authorized administrator of  the estate but without formal letters of administration.

Mulo states that after the death of Kabusu Wilfred in Feb 2009, his widow Josephine Nantaya decided to take over from the husband.

“After the death of Kabusu in 2009, the Widow threw the family out, claiming the land was hers,” said Mulo, adding that the family proceeded to take legal redress from court.

The case was filed in High Court of Uganda, family Division by Jane Kiryokya and other Children of late Kabusu against Josephine Nantaya under civil suit number 82 of 2009.

On August 18 2009, Lady Justice Christine Akello ordered Josephine Nantaya (Defendant) not to sell any property belonging to the estate of the late Kabusu until disposal of the main suit.

In her ruling, Justice Akello ordered the family (Plaintiffs) to forward the proposed scheme of distribution of properties to Josephine Nantaya (Defendant) within the period of one month.

She also ordered Josephine Nantaya to respond to the proposed scheme of distribution within a period of two weeks.

It is understood that Josephine Nantaya disobeyed all the orders given by Justice Lady Christine Akello and went ahead to use the land.

However, prior to High Court orders, caveats had been lodged in the Ministry of lands also to protect the said property, but those caveats totaling 575 in number were completely abused by land Registration officials without regard to the law.

However, according to the documents we have been able to obtain, all officials from lands ministry have suffocated and frustrated any efforts to end this land saga as they seem to be with coveted interests in the same land.

Efforts to get a comment from Opio were futile by the time we posted this story. We’ll get you his side of the story as soon as we get it. 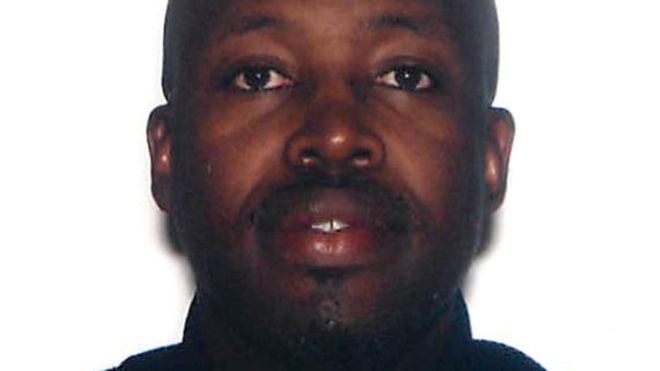