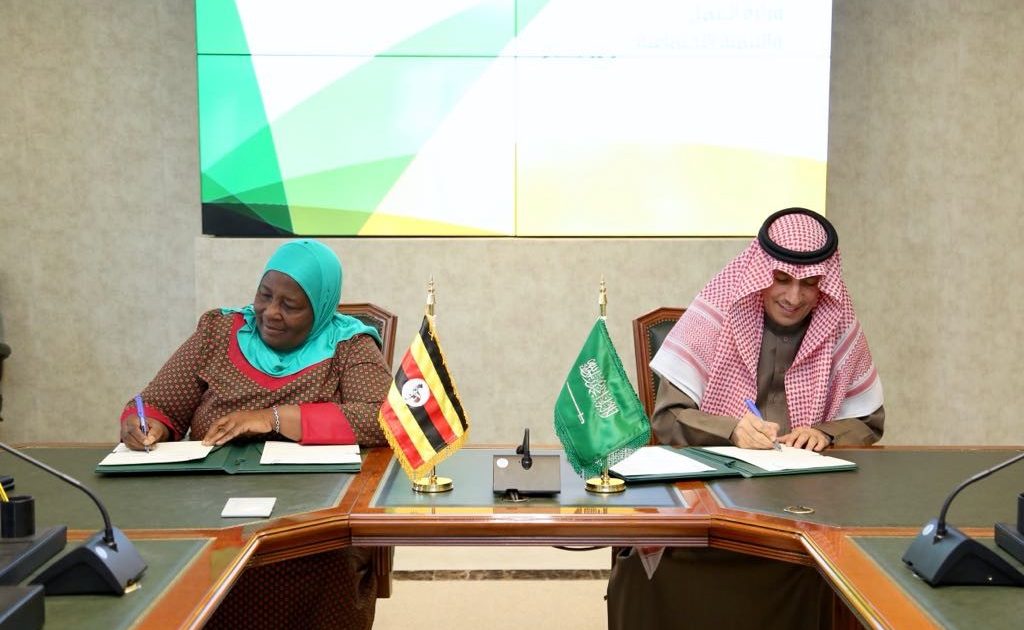 The Government of Uganda and Kingdom of Saudi Arabia have signed a new General Labour Recruitment Bilateral Agreement that for the first time allows Ugandan professionals to seek employment in the West Arabian State.

This was during Minister Janat Mukwaya’s official visit to Saudi Arabia between 26th December, 2017 and 1st January 2018 to follow up on the implementation of the earlier labour export commitments made by the two countries in late 2016 and January 2017.

Thus far, Uganda had an agreement with Saudi Arabia to recruit only domestic workers.

“We also signed off the amended Labour Agreement on Domestic Workers earlier signed in 2015 to specifically streamline the operations of the Labour externalization sector with focus on fighting against trafficking and violation of workers’ rights.” Minister Mukwaya revealed.

“Both countries agreed to step up their Labour management and regulation mandates to ably weed out exploiters and ensure protection of the workers’ rights.” She added.

The two Ministers made promises and assurances of continued cooperation through joint meetings and consultations aimed at implementation of the agreements.

The Permanent Secretary Ministry of Gender, Labour and Social Development Pius Bigirimana revealed that following the new agreements signing, the Saudi Arabian Embassy in Kampala was expected to resume issuance of Visas for workers destined for the Arab State.

“The Embassy stopped issuing labour export Visas when we imposed a ban on export of domestic workers on 22nd January 2016 in response to reports of violation of their rights. The purpose of the ban was to stop migrant workers from getting into hostile domestic working conditions.” Bigirimana said.

“We then worked with the Saudi Arabian Government and put in place measures to promote safe labour migration and rights of migrant workers. Upon satisfaction, we announced lifting of the ban on 1st April 2017 but the Embassy has not been issuing Visas for migrant workers. After the new agreements signing, the Saud Arabia Government directed that their Embassy in Uganda immediately starts issuance of the Visas and we are optimistic this will be effected.” Bigirimana explained.

He observed that the signed bilateral agreements have greatly strengthened relations and fostered cooperation between the two countries since it was agreed that in addition to Labour export, Uganda can tap into other trade opportunities and tourism.

During the same visit, Minister Mukwaya and the Uganda Embassy in Riyadh officials made contact with the Governments of Kuwait and Oman aimed at establishing bilateral arrangements on Labour Migration management. This is supposed to be followed by a visit of Ministers and their technical teams in February, 2018.

Meanwhile, a general assessment of both parties’ earlier undertaken commitments regarding streamlining of the Labour externalization sector in the post ban period points to a positive trajectory and improvements.