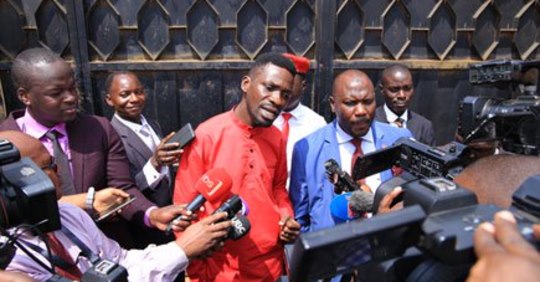 Members of Parliament on Human Rights Committee   were on Tuesday  blocked from accessing  ‘Safe Houses’ that are  allegedly being used by the Internal Security Organization  (ISO)as  torture chambers for those believed to have committed crimes.

Led by the Committee Chairperson, Janepher Nantume Egunyu, the MPs were told by the  Vicent Kalibala, one of the soldiers guarding the Kyengera  facility that they don’t open for “whoever goes there”.

They were told that they needed to get permission from the ISO Director General, Kaka Bagyenda first to be allowed in.

However, Nantume, the  Buvuma District Woman MP  said it was “on-spot visit to the Safe Houses” run by ISO.

The MPs who had gone in company of journalists had to leave after being blocked from accessing the premises. They however said they are determined and will leave no stone unturned in fighting ‘human rights abuse’.

Kyadondo East MP Robert Kyagulanyi aka Bobi Wine, who is a member of the Committee, said:” This on-spot visit further exposes the human rights abuses by these ISO operatives who have been arresting people in a gangster style.”

When MPs visited the ISO (Internal Security Organ) Nakasero ‘Safe House’, they were blocked and told to first seek a letter of permission from the minister of Security Gen. Elly Tumwine before they can be allowed to access the facility.

While appearing before the committee last week, Security minister, Gen Elly Tumwine, confirmed that there are “several safe houses” but could not reveal how many they are, where they are, and how many people are being held there. 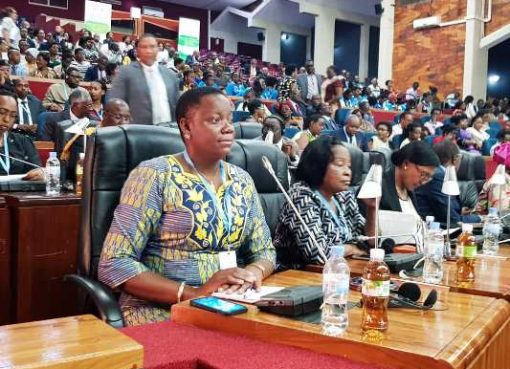