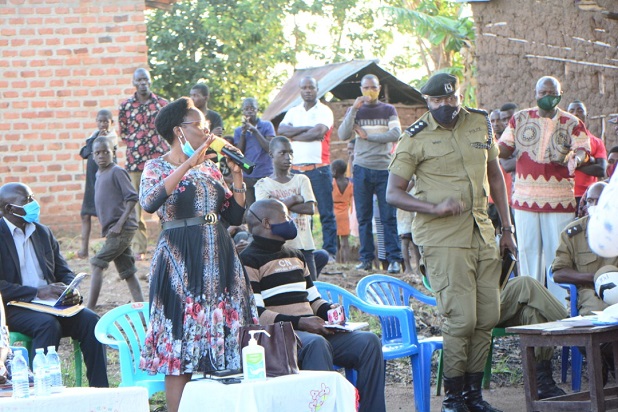 The Minister for Lands, Judith Nabakooba has scoffed at Wilson Ntuyo, the District Police Commander (DPC) of Mubende District for allegedly offering protection to people who claim ownership of land and end up terrorizing tenants.

The Minister made the remarks when she visited Kirwanyi village in Mubende District on August 26, where she intervened in matters of approximately 3 square meters of disputed land on Plot 1 Block 60 in Kituule Estate.

The land in question which belonged to the late Zakaria Kikonyogo and currently under custody of Edith Nakabugo, Henry Kaaya, Nicholas Jackson is being contested by a one Naava Milly Namutebi.

“DPC, I am tired of hearing the word ‘trespass’ wherever I go. Who is this trespass? How can someone trespass on their own house or plot? Each time you want to arrest someone you use the word trespass, tell your OC on lands to get rid of the word trespass from his vocabulary. If people are on their land, they have their farms, houses and property, I don’t want to hear that word again,” Nabakooba said.

According to the Minister, security personnel in Mubende, through their operations have made the word ‘trespass’ lose meaning.

She explained that when the president sends them to do work, he wants them to work closely with the security organs because their job is to protect Ugandans and their property but it is absurd that they are the very people intimidating the locals.

“If I dare hear that you arrested people because of ‘trespass’ after I have left this place Mr DPC, you will have to hear from me,”Nabakooba warned.

Locals claim they are always kept on their toes for fear of their lives ever since Naava came in their area in 2012. They accused police of offering Naava protection and conniving with her to offer them (locals) summons of trespass on what is supposedly Naava’s land.

Nabakooba tasked the police to devise means how wanainchi can be helped to live free instead of opening up minor cases against them. She promised to schedule an open meeting between the community and Naava to find a lasting solution to the phenomenon.

Mr Micheal Ntambi Muwereza the LCV Chairman Mubende District shared that the vice of land theft has been largely manifested in government officials most especially security organs. He explained that Naava, uses police and the army to intimidate people around the area so she can have them off the land.

“I have on many occasions held several meetings with her in my office asking her to present her land title but she fails to do so. What is so much on ground here is intimidation by the police. There are people who have even been imprisoned for four years because of this land issue and have never even appeared in court.”

He sought for the minister’s intervention to see that justice is served for the incarcerated people who he said were only trying to save their land.

MP Pascal Mbabazi of Buwekula County brought to the minister’s attention the fact that Mubende has become an epicentre for land grabbing. He explained that every sub-county in Buwekula has not less than five land related cases.

The legislator also called upon the residents to be united in fighting land grabbers and cautioned them on agreeing to be bought off to betray their friends since having a solid voice will deter the would-be land grabbers.

Hope Grania Nakazibwe, the Woman MP of Mubende District asked the locals to have confidence in the system and their leaders to deliver justice for a dispute that they have dealt with for some time.

“We as your leaders are going to stand with you, let us have hope that what we have always been fighting for is going to be achieved. It is true the president promised to buy us land but this has to follow the right procedure. The issue then had people who were trying to dupe him,” she said.

Thanking the locals for putting up a spirited fight against land grabbing, the Minister intimated to them that when she told the president she was going to Kirwanyi, he tasked her to try and get to the depth of the issue since he knows about it.

“What he wants is seeing his people settled. We know there is a lot of unfairness in land issues but when he appointed me, he tasked me to ensure ‘bibanja’ people are not evicted. I am now going to make a right report showing him our findings and our records from the land office,” she said. 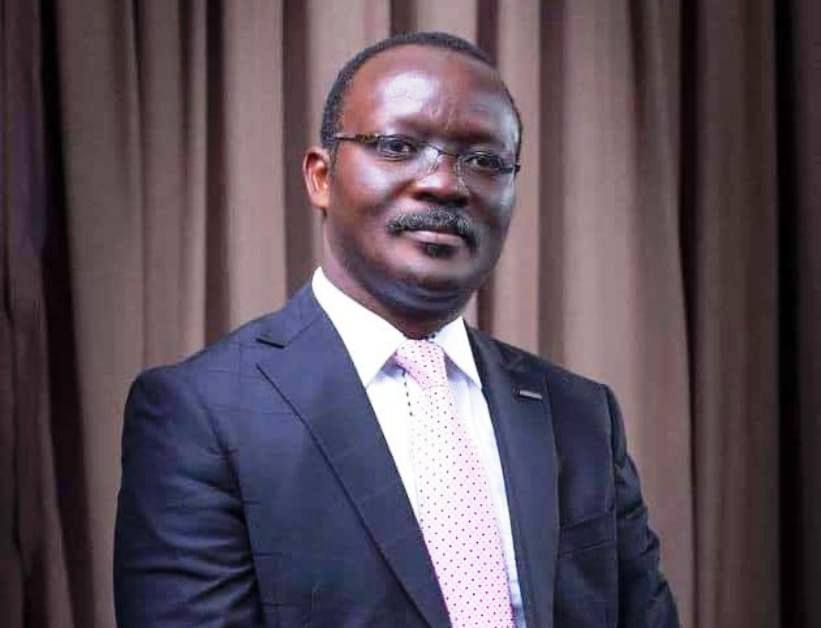 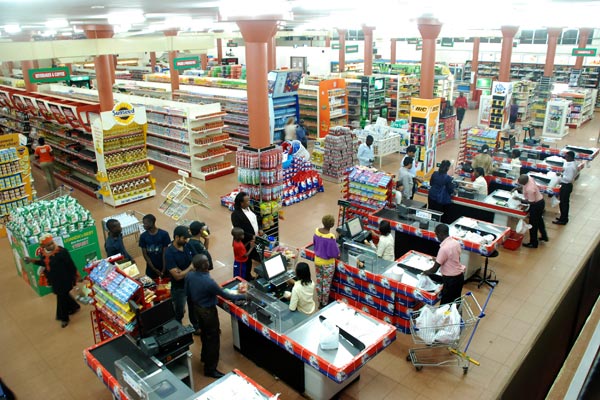 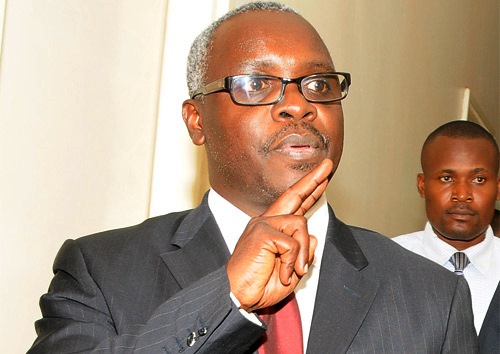