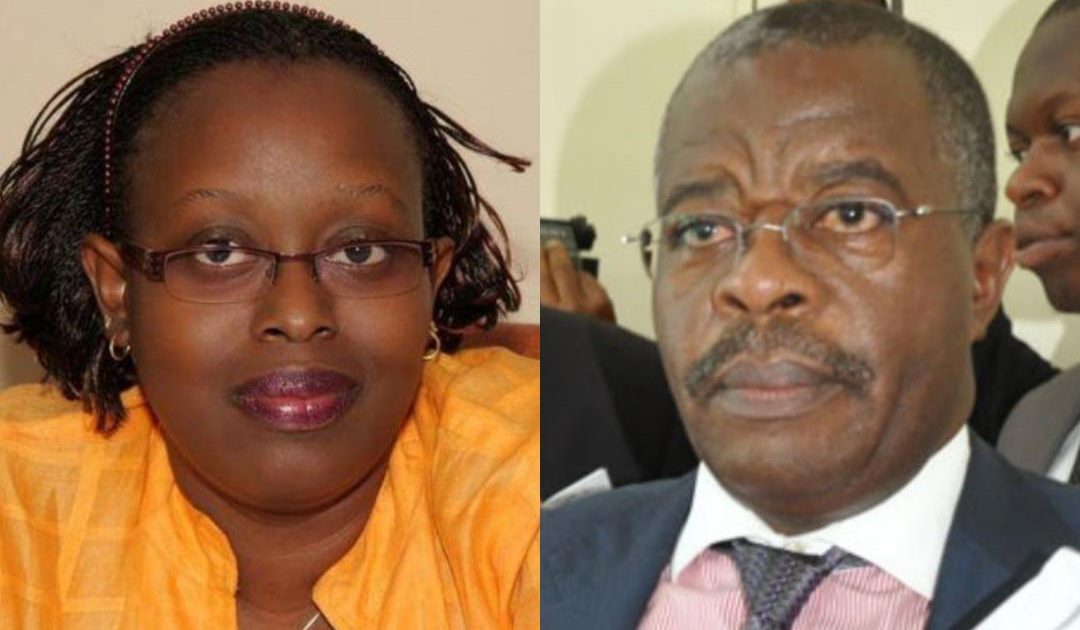 More shocking details continue to emerge about the sex scandal engulfing the justice department after a senior state attorney, Samantha Mwesigye accused the deputy Solicitor General of sexual harassment, something he vehemently denies.

This publication has landed on the letter written by Deputy SG, Christopher Gashirabake striking down the factors Samantha claims constitute sexual harassment against her that went on for ten years. In the detailed dossier, he instead accuses Mwesigye of one being bent on tainting a clean career record he has built over the years.

In case similar to the time US Judge Brett Kavanaugh was nominated by President Donald Trump to the Supreme Court Bench and hit with sexual harassment charges, Gash as he is fondly known has responded to Mwesigye’s claims in a 41-page dossier to the committee set up to investigate the matter, asking the same panel to investigate why Mwesigye’s accusations come at a time when he is about to scoop a top job to further his reputable career.

“I now invite this committee to inquire why someone who claims to have been sexually harassed by me through clerkship, as a State Attorney and also as a Senior State Attorney, would wait and only turn in 2018 to make these grave claims that’s she now levels against me, when she had every opportunity in life to keep away from the alleged aggressor or tormentor,” Gash says in the dossier.

He adds, “It is also very curious how conveniently she brings up all these claims at particular key occasions.”

On March 6, 2019, Mwesigye petitioned Prime Minister Dr Ruhakana Rugunda saying her supervisor Gashirabake started sexually harassing her when he supervised her as a clerkship student and has continued this behaviour.

She claimed that she had reported the matter to the solicitor general in September last year and requested a sexual harassment committee be set up to investigate the matter but nothing was done.

However, Mwesigye is yet to provide any concrete evidence in the form of texts, WhatsApp chats directly pinning Gashirabake on the allegations she tabled.

According to the Employment (Sexual Harassment) Regulations, 2012, sexual harassment involves a direct or implicit request to an employee for sexual intercourse, sexual contact or any other form of sexual activity; use of language whether written or spoken of sexual nature such as unwelcome verbal advances, sexual oriented comments, request for sexual favours, jokes of sexual nature among others.

According to Gash, he is being witch hunted by Mwesigye and yet to be identified people who are jealous of his long career and possible rise. In his dossier, he points to the fact that the allegations come at a time he is set to apply for top jobs.

“The first time Ms. Mwesigye brought up all these allegations is when she first learnt that I had applied to become Deputy Solicitor General and clearly from her own audios that she sent on social media, some of my superiors were far from amused about me humbly applying for an opportunity that had presented itself in the ministry and for which I felt I was fairly qualified. I find that no coincidence whatsoever,” Gash says in his defence.

While appearing on his weekly TV program, Senior Presidential Advisor on the Media, Tamale Mirundi pointed to the same saying that the allegations will phase out once Gash is given the post he applied for, confirming that the sexual harassment are a cover to fail the Deputy Solicitor General.

In her allegations, Samantha claimed that in addition to the claimed sexual harassment, Gash had discontinued her from contract committees normally awarded to many employees of the ministry.

Gashirabake joined government in 1984 where he first served at the Department of Immigration at the ministry of Internal Affairs until 1996. In the same year, he joined the Justice Ministry as State Attorney, rising through the ranks to the positions of Senior State Attorney in 1998, Principal State Attorney in 2002, Commissioner DLAS in 2009, Director DLAS in 2013 and finally, to the newly created position of Deputy Solicitor General from December 2018 to date.

While responding to this, Gash included a whopping 52 letters he signed off vouching for her to be nominated on various contract committees, despite some complaint about Samantha’s rude behaviour.

Gash pointed out three incidents where Samantha’s behaviour was called into question where he had deployed her forcing him to send her elsewhere.

“With specific regard to whether I had to motive to remove Ms. Mwesigye from contracts committees because she refused my sexual advances (which I deny I made), I maintain that I did not. It is true however, that I had situations in the past where Ms. Mweisgye failed to get along with clients to whom I assigned her, and I was forced to remove her, but I then deployed her elsewhere,” he says in the letter.

He cited an incident where he sent her to represent the ministry at the Uganda National Examination Board (UNEB) and then Secretary Mathew Bukenya, irritated by her rude behaviour asked that she be recalled.

“Mr Mathew Bukenya specifically called me and asked me never to send Ms. Mwesigye back again because she was rude and disrespectful,” he says.

He also cited an incident with the Ministry of Foreign Affairs where the Permanent Secretary called him and asked that Mwesigye should not be sent back because of her rudeness and inability to deliver on her assignments.

The Privatization Unit is another organ that tasted the rudeness of Mwesigye forcing Gash to recall her and assign the state attorney elsewhere, something she construed to mean was punishment for the alleged sexual advances he sent her.

Gash attached the letters he exchanged with the different bodies over her Mwesigye’s conduct and why acted.

Gash added that the ones she lost were either due to ‘routine changes’ and that she sits on four contracts committee, the second highest for any officer, making her allegations baseless.

In fact, she mentioned that some of her colleagues had gone on trips to some of the world’s luxurious capitals many times than her, a reason some say holds no water at all.

Mwesigye also claimed that Gash had blocked her from going on trips abroad, something he out rightly denies saying no single officer including himself reserves the right to travel abroad and mentions that he has done his best to make sure officers of the ministry get enough exposure through the trips.

To support his case, Gash attached a number of letters to his dossier indicating how he wrote letters asking different foreign missions in the country grant Samantha even diplomatic notes on some occasions to enable her swift travel abroad.

“Where Ms. Mwesigye’s competencies merited her to represent to represent government on foreign travel, I made this fully available to her even after she made these grave allegations against me. I reiterate again therefore that Ms. Mwesigye’s right to travel or lack thereof was never based on me seeking sexual favours from her or barring her from traveling at all by reason of ill will,” the dossier reads.

In his defence, he adds that at on one occasion he was forced to send her packing from his office after she appeared in a ‘revealing and seductive’ way.

“What I recall to be my point of departure with my accuser, was the manner of her dressing which I found unacceptably revealing and seductive to say the least (and feel free to call me old fashioned). On two occasions when she came to my office in an attire that I deemed inappropriate, I called my secretary to be present and I in the presence of my secretary told Mwesigye that her dressing was inappropriate for the office she held and I chased her out of my office. That may be considered conservative on my part and if that is what is being construed as sexual harassment, I leave it to the committee to make its determination,” Gash says.

Mwesigye will also have to explain herself on whey she engaged in unprofessional conduct according to Gash when she decided to ‘tint’ her hair.

“I also recall another instance when Ms. Mwesigye came to my office and she had dyed her hair red. I also told her on that occasion that such hair colour was not acceptable and certainly unprofessional for a lawyer of her standing,” he says.

Solicitor General Francis Atoke says that the Justice ministry has taken every effort to address the allegations through established structures and will continue to handle the matter to its conclusion.

“The ministry remains firm that the committee will do a thorough job and as soon as its investigations are complete, a report will be submitted to the top management of the ministry of Justice and Constitutional Affairs, with recommendations for appropriate action,” he said.

However, Gashirabake maintains his innocence in the whole matter saying, her accusations are bred from long held hatred of him.

“I can bet that if Ms. Mwesigye had anything by way of text messages, love notes, emails or anything whatsoever (even a stone tablet like for Moses in the Bible), she would have summarily executed me personally I believe, and it would have been in your hands long ago, given her self-confessed hatred for me,” he says before adding;

“I have counselled myself to live with the fact that in this world, not everyone will like you and some will even out rightly hate you, and that is just a fact of life. Ms. Mwesigye is under no obligation whatsoever to like me anyway.” 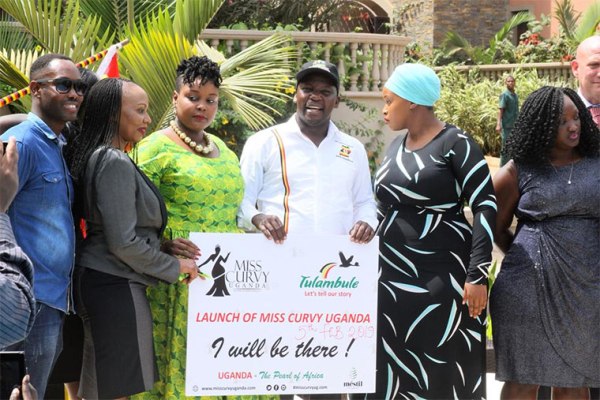 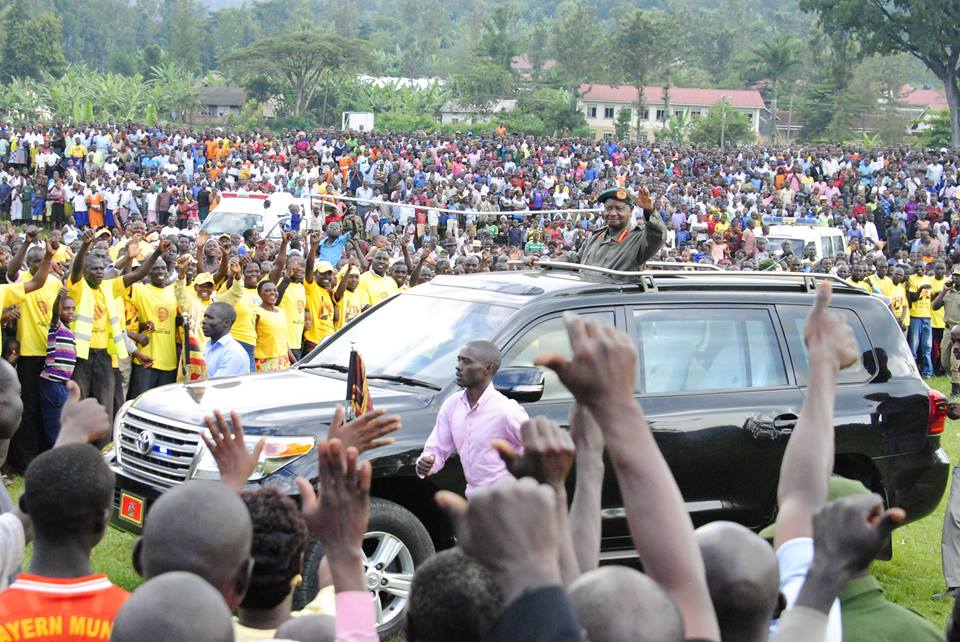 ‘Rising Temperatures Will Push Millions Of People In Africa Into Poverty, Hunger’