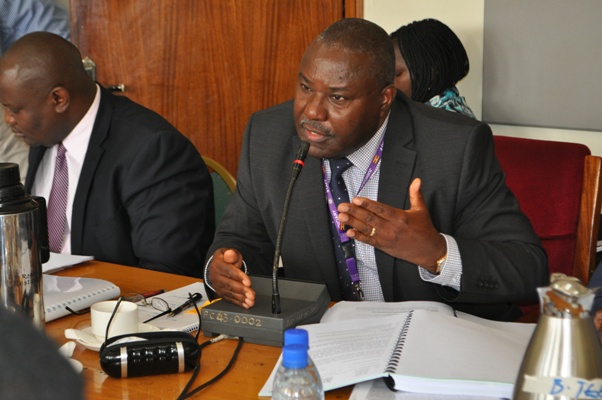 The Secretary to Judiciary, Kivumbi Kagoye (in featured photo) has reportedly gone into hiding after failing to account to Parliamentary Public Accounts Committee (PAC) how Shs34bn was spent by the institution.

Kagoye, who led the team of officials from the Judiciary to PAC on Monday to answer queries raised in the Auditor General’s report was supposed to appear again today for further questioning.

However, he shocked both his subordinates and MPs when he refused to show up for today’s meeting, choosing to send his personal lawyers without even appointing a deputy to stand in for him.

This is possibly because PAC Chairperso,  Nandala Mafabi yesterday directed Director of Criminal Investigations Department, Grace Akullo to take part in today’s  proceedings because she could have clients.

“We are seeing that the budget of judiciary which was Shs135bn, 25.6% was diverted which clearly shows that Judiciary lied to Parliament. Justice is for all of us that is why we are saying this diversion calls for total investigation, so tomorrow, we want her (Akullo) to be around so that she takes over the matter as a directive from Parliament,” Mafabi said.

Upon discovering that Kagoye was no show today, the furious MPs called for the incarceration of his lawyer, Obed Mwebesa accusing him of attempting to obstruct proceedings of Parliament.

Mafabi  tasked Mwebesa to produce his clients after realizing that the phone number he had issued to the Committee was off.

“The lawyer was coming to obstruct proceedings of parliament. If we allow people to come and mess, even another one will come. If you want to go now, you must produce him, if you don’t, you aren’t going. For us to allow you go, a certain activity must be done,” Mafabi said.

Okin Ojala, PAC Vice Chairperson also remarked; “The law is very clear for any witness to appear before the committee you have to write and invite them. I am wondering whether these people before us are the right people invited to appear before the committee. It looks like we are dealing with witnesses illegally. These aren’t witnesses the Accounting Officer invited them and he himself isn’t here. I am wondering if we are proceeding right to continue with these witnesses.”

After the back and forth discussions, the Committee asked Parliament Criminal Investigation Department to walk out with Kagole’s lawyer and explain the whereabouts of Kagole.

It should be recalled that PAC summoned the Judiciary to respond to audit queries raised in the June 2018 audit report which highlighted that a sum of Shs34bn was incurred on various items without appropriately applying the Government of Uganda chart of accounts as prescribed by the Accountant General. 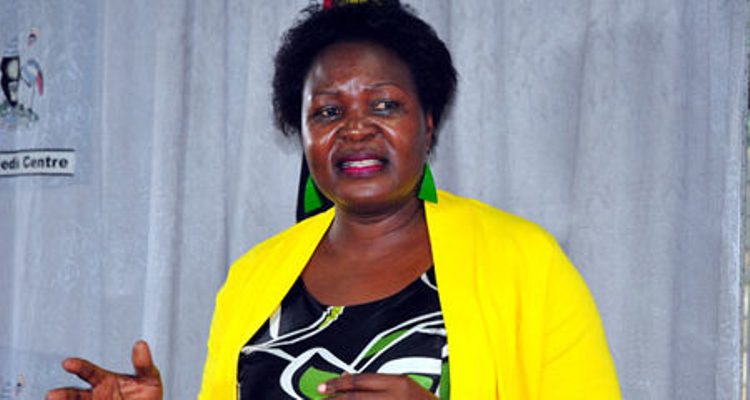