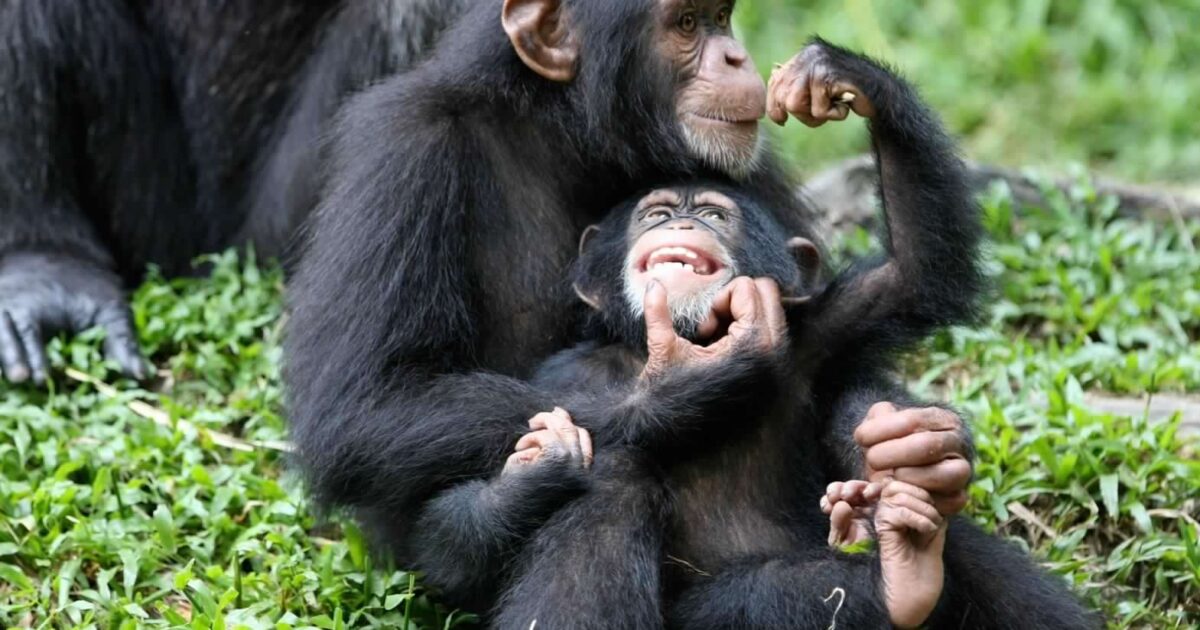 The chimps live in or outside mainly tropical rain forests and woodlands located in Western Uganda such as Bugoma, Budongo, and Kibale among others There are also 25 individual chimpanzees that have been identified in Otzi Central Forest Reserve in West Nile, another habitat for the eastern chimpanzee.

But Joshua Rukundo, the Executive Director of Ngamba Chimpanzee Sanctuary and Wildlife Conservation Trust says that the survival of the chimps is threatened by the loss of habitat, as human activities like logging, mining, farming, and other forms of land development are eating up the forest cover and contributing to the decline of primate species.

“This indicates rapid destruction of the natural forest, implying that if the trend continues, natural forest cover could be gone in the next 30 or so years,” Rukundo says, adding that the destruction is the leading cause of human-wildlife conflict because when animals are squeezed out of their homes, they come in close contact with humans.

Rukundo says there is a need to first slow the rate of habitat destruction and then increase awareness on how to live in harmony with wildlife. He adds that “if we can devise means of equitable distribution of resources with ourselves as the humans and wildlife, understand their behaviour and habits, maybe we can resolve these conflicts.”

George Owoyesigire, the Deputy Director for Community Conservation at the Uganda Wildlife Authority says that the natural forest cover, both on private land and protected areas, reduced from 4.8 million hectares in 1990 to 1.7 million hectares in 2015. He explains further that though planted forests, on both private land and protected areas, increased in coverage from 32,251 hectares in 1990 to 105,608 hectares in 2015, most of these are not fruit trees to provide food for chimpanzees.

Owoyesigire says that chimpanzees contribute about five billion Shillings every year to the tourism sector, so communities need to understand their value and also be able to carry out economic activities that promote coexistence with the chimpanzees.

David Musingo, UWEC’s Manager of Education and Information Department says that UWEC and Ngamba Island chimpanzee sanctuaries are the most affected by such conflicts because they have to accommodate rescued chimpanzees. Musingo says that an average of two chimpanzees is rescued every year as a result of human-wildlife conflicts.

Since the 1970s, 57 chimpanzees have been rescued and handled at UWEC. Some of these chimpanzees were rescued from communities and poachers while others were found with traffickers at border points including Entebbe International Airport.

At the moment, Musingo says UWEC is full to capacity with 22 chimpanzees. These chimpanzees stay in Budongo island, an exhibit made to mimic a chimpanzee’s natural habitat in Budongo forest. Musingo however says chimpanzees thrive best in the wild, where they have access to fruits and leaves, not in sanctuaries.

Musingo says that it is costly to take care of chimpanzees at the zoo, yet they are self-reliant while in the wild. The zoo spends about 100 million Shillings on chimpanzees every year. Out of its annual budget of shillings 5 billion shillings, UWEC earmarks at least shillings 500 million on the welfare of all species at the zoo.

Musingo adds that communities need to abandon food growing and opt for eco-tourism activities because growing food attracts chimpanzees into communities. He adds that it is almost impossible to return rescued chimpanzees to the wild because of territorial conflicts among chimpanzees.

Bill Gates, co-chair of the Bill & Melinda Gates Foundation, in visit to Nigeri