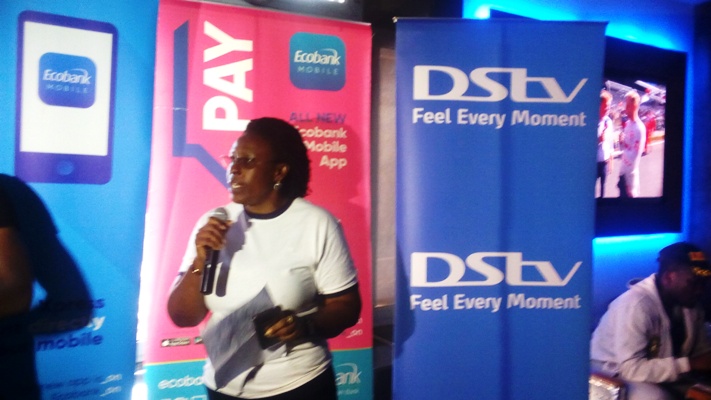 Ecobank Uganda has launched a transact and win promotion geared at driving utilization of the bank’s state-of-the-art Ecobank Mobile App under the tagline “putting power at your fingertips.”

The bank also announced its partnership with Formula One Association of Uganda and Dstv.

To enter the draw, she said, the lucky winner will be selected based on the number of transactions done using the application. The first draw will be held in August and the 2nd in October. The Formula One-Yas Marina Grand Prix in Abu Dhabi will close the Formula One season in November this year.

The bank currently has 85,000 customers using the Ecobank Mobile App.

The App that has been voted best in Africa allows customers to open an Xpress account on their phones, make payments with Ecobank by scanning a QR code, withdraw using e-token from any Ecobank ATM, purchase airtime, pay bills, send and receive money locally and across Africa at lower rates and push and pull from mobile money.

The App also allows customers to attach other bank VISA cards, check account balance, generate a statement, block a card and approve cheques among other things.

“We are moving into a future where we no longer need to carry cash for convenience,” Kihuguru said, adding that customers can access their funds across all the 33 countries in Africa using the Ecobank Mobile App.

Clement Dodoo, the Ecobank Uganda Managing Director urged everyone to embrace the Ecobank digital movement in order to grow Africa.

“Ecobank is geared towards the economic transformation of Africa,” he said, adding: “The quickest way to do this is through embracing innovations in the digital sphere which bring the world together as one global village.”