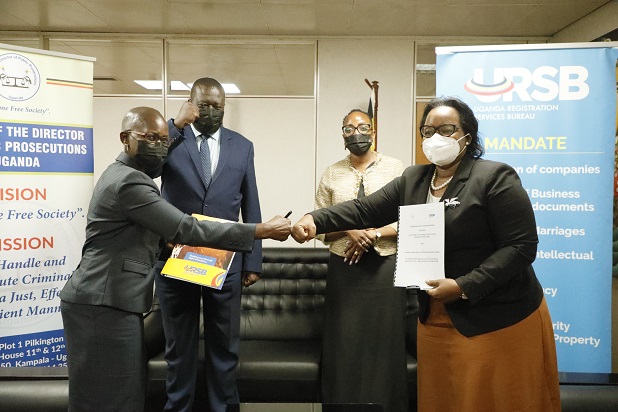 The Office of the Director Public Prosecutions (ODPP) and Uganda Registration Services Bureau (URSB) have signed a Memorandum of Understanding aimed at strengthening prosecution of offences arising out of laws administered by URSB. The MoU signing was witnessed by the DPP Jane Frances Abodo on behalf of the Office of the DPP, while URSB was represented by the Registrar General, Mercy Kainobwisho.

“This collaboration will lead to joint prosecutions between Prosecutors in the ODPP and delegated prosecutors in URSB, and there will be opportunities of training for both prosecutors,” said the DPP Jane Frances Abodo.

Mercy Kainobwisho on her part said the arrangement will enhance URSB’s ability to ensure laws are followed while executing the organisation’s mandate. “The MOU would lead to many opportunities for prosecution under URSB related laws such as company laws, receivership laws among others, and an environment of respecting intellectual property and business property will be built.” She said.

It is envisaged that the MOU will further enhance the appreciation by the public of the roles of the ODPP and URSB. 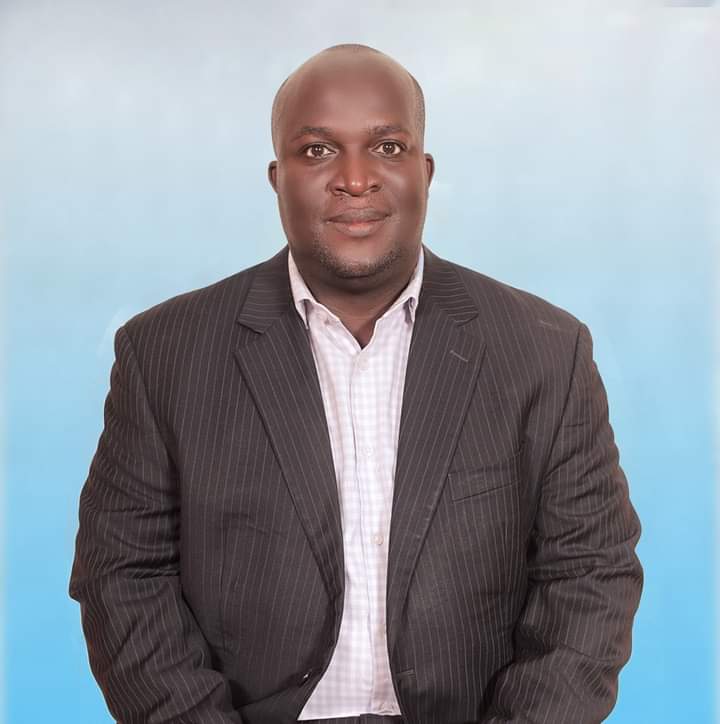 A Guide to Building Wealth by Age Brackets