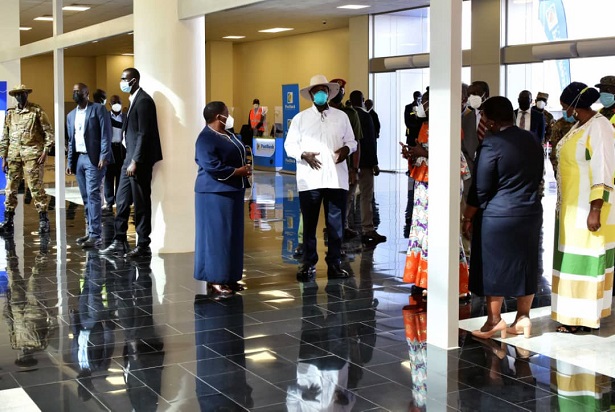 The President of Uganda, H.E. Yoweri Kaguta T. Museveni on Friday, October 22, 2021 officially launched the COVID-19 laboratories to be used for mandatory Covid-19 testing of all incoming passengers through Entebbe International Airport  at a function held at the new terminal extension.

A Notice to Airmen communicating the details of the mandatory testing requirements to all airlines is to be immediately processed and issued accordingly.

Speaking at the launch, the President commended all the stakeholders who had played a role in making it possible. The Prime Minister, Rt. Hon. Robinah Nabbanja had earlier on cited the Ministry of Health, Ministry of Finance, Planning and Economic Development, Ministry of Works and Transport, the Army Brigade and Uganda Civil Aviation Authority as having played leading roles. The function was also attended by the 3 rd Deputy Prime Minister, Rt. Hon. Lukiya Nakadama, the Minister in charge of General Duties, Hon. Justine Lumumba, the Minister of Health, Dr. Jane Ruth Aceng, and the Minister of Finance, Planning and Economic Development, Hon. Matia Kasaija, among other dignitaries.

Earlier on, Rt. Hon. Nabbanja informed stakeholders at meeting held on Thursday, October 21, 2021 that the measure is intended to curb further importation of the deadly variants of the coronavirus into the country. It is also to abet further spread of the disease and guard against the third wave.

The country has previously been testing only passengers from high-risk countries. The Ministry of Health set up the testing laboratories at the airport and trained laboratory technicians, data entrants and all the other port-health staff to manage the process.

The turnaround time for the mandatory COVID-19 test results will be reduced from four hours to two hours and fifteen minutes.

Five PCR test machines with capacity to test 300 samples per hour are in place at Entebbe International Airport.

The transfer of testing laboratories from Peniel Beach where private laboratories were operating to Entebbe International Airport under government was intended to improve on the passenger facilitation process to ensure efficient service delivery.

The UCAA DG, Mr. Fred Bamwesigye, thanked the President and Cabinet for the various efforts, especially the financial support to the various participating agencies to enable them install the testing facilities at the airport, which was expected to enhance the passenger experience in light of the fact that all the processes would be completed at the airport.

He also called for further support to enable the Authority complete on-going projects. 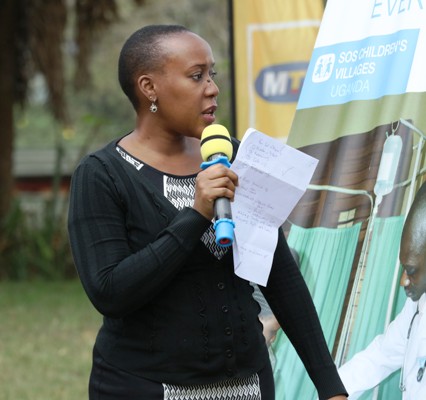 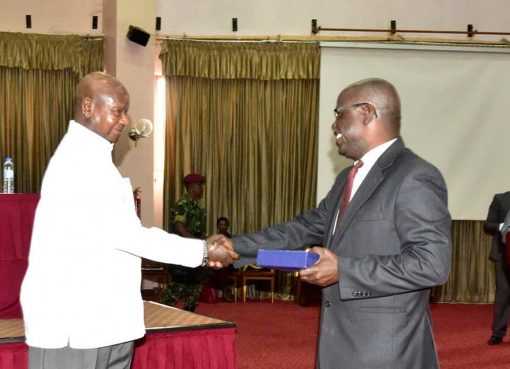 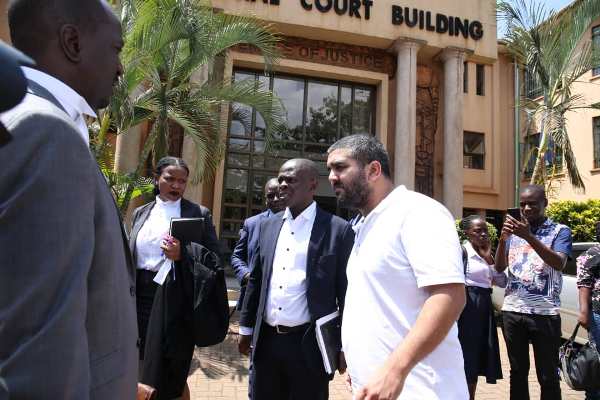 Why Sudhir Wants Law Firm Out Of Dfcu Case