A proposal is in the offing to amend the Bank of Uganda (BoU) act to split the bank management from the board of directors.

The Iganga East County Member of Parliament, Michael Mawanda who intends to table the proposal in a private member’s bill, says they are intended to end the union between the Bank of Uganda Board and management led by the Government.

According to the existing law, BoU Board is chaired by the Governor. Currently, Prof. Emmanuel Tumusiime-Mutebile is the BoU Governor and automatically Board Chairperson.

According to the Bank of Uganda act, the Central Bank Governor who is also the most senior officer in the bank also chairs the board of directors and deputized by the Deputy Governor. The other members are the Secretary to the Treasury and directors from different departments in the bank.

Mawanda notes that as it stands, the Central Bank Governor reports to himself since he chairs the board that should supervise his work. He says that in case there is a problem in the management of the Central bank, one can’t run to the board since it is chaired by the same person who heads the bank.


He says the bill also seeks to ensure that the Governor and board report to an oversight body. “We hope it can solve all these impasses that have been happening in the bank from the sale of the defunct banks, infighting among others. For now the board of Governors is reliant on each other and this brings out issues of accountability,” he said.

Mawanda says his draft bill is ready and he is only waiting for the speaker’s green light to bring it before parliament. “He (deputy speaker) asked me to submit it so that he can have a look at the draft. But I expect to get feedback within this week,” Mawanda told URN in an interview.

The proposed amendments come in the wake of scandals that rocked the central bank recently leading to a probe by the Committee on Commissions, Statutory Authorities and State Enterprise (COSASE) in the sale of several commercial banks.

In his report, the former COSASE Chairperson, Abdul Katuntu recommended a complete overhaul of the bank and separation between the bank management and board.

“In terms of the functions of the Board, the committee observed that the board didn’t adequately supervise management in the process of liquidating the financial institutions,” read the committee findings.


Anthony Akol, the Shadow Finance Minister, says although the proposed amendments are vital, it is important to consider ethics and appointment of capable people to run the bank. 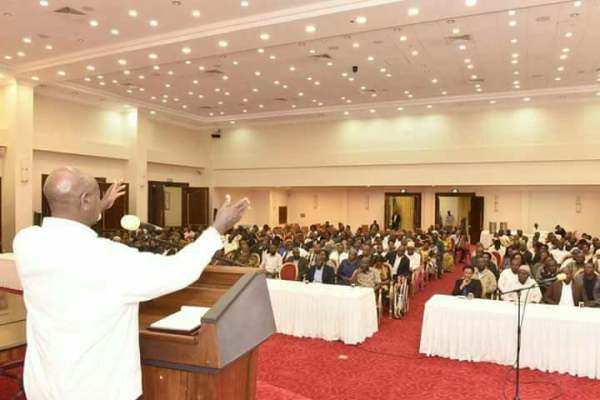