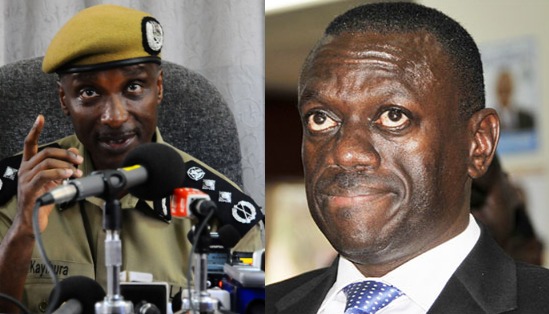 Uganda’s top opposition leader and former presidential candidate, Dr Kizza Besigye has called for the resignation of the country’s Inspector General of Police (IGP) General Kale Kayihura over failure to manage security in the country.

Addressing journalists at his office at Katonga on Thursday, Besigye said that after the complaints of increasing insecurity in the country with hit men terrorizing people across the country, Kayihura paraded suspects which is unacceptable in the constitution of Uganda to parade suspects who have not been proven guilty.

He notes that president Museveni earlier also revealed that there is organized crimes within the security organs which Kayihura has failed to streamline  arguing that there are suspicions that some crimes are organized by police personnel.

He thus says that since Kayihura has failed to manage his office which is being given a lot of money to provide security in the country, he should be thrown out of office and have an independent inquiry in the security forces if security is to be regained in the country.