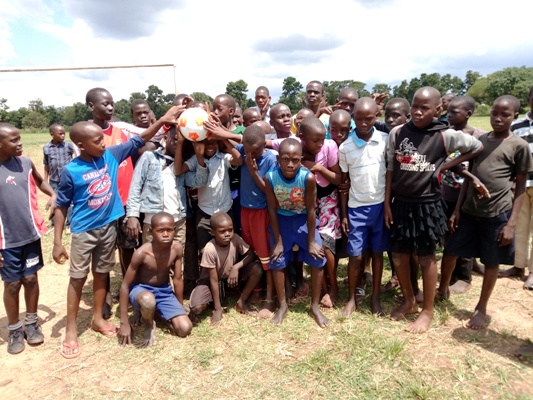 This give-back offer was in form of gifts that were given out in all the four Fortebet branches which include Lira Main, Lira Dillane House, Lira and Lira Teso Centre.

This was in addition to branches in Luweero and Wobulenzi.

Over 200 customers that were found at the respective branches received at least a gift that Fortebet took to them. These included Fortebet pens, wristbands, caps, T-shirts and European teams’ and national teams’ jerseys.

“We have done this right from the start of the world’s most prestigious football event, the world cup,” said John Nanyumba, Fortebet Media manager while handing over gifts to Fortebet customers at Lira Main branch.

He added: “To show our sincere appreciation, we have not only decided to say thank you with the said gifts but also give out the grand gift to one of you. This is none other than a new Tecno F2 phone.”

All punters that had evidence of having placed a bet took part in the draw for all the gifts. The draws were conducted inside the respective branches.

Fortebet did not only give out gifts to bettor, but also traced where young football talents were and gave them footballs.

“You are aware that Fortebet has been very instrumental in promoting and supporting Uganda’s football industry. It is on record that Fortebet is 100% committed to supporting the growth of young talents. That is why we give out these balls,” said Nanyumba.

Balls were given out at St. Ann Kihura P/S, Lira Modern P/S and the famous Northern Rock Academy.

Sebastien Desabre: We Are Focused To Win Lesotho In Maseru