On May16, 2017, The International Monetary Fund (IMF)  projected that Uganda’s economic growth would slow down to 3.5 to 4% in 2016/17 financial year, down from the earlier anticipated 5% due to drought and slow credit growth.

“The drought held back activity in the first part of the year. Private sector credit is an additional drag,” IMF said in a statement.

Since 2010/11 when economy grew at 6.7%, Uganda’s economic growth hasn’t been impressive large due to political and economic factors.

Analysts say Uganda’s economy could experience some recovery by end of this year, but real economic recovery/growth should be expected in 2019/20.

This means Ugandans should brace themselves for hard times.

Ramathan Ggoobi, an economics lecturer at Makerere University Business School (MUBS) and an ardent follower of Uganda’s economy says Uganda’s economy can’t be fixed overnight, noting that the country has relied on luck for many years and is now beginning to pay the price for failing to plan properly for the economy.

“I see some recovery by late this year, but real economic recovery may take longer since the 2017/18 budget is still focusing on infrastructure; it doesn’t address urgent needs of the economy. In my view, real recovery is expected in 2019/20,” Ggoobi said in an exclusive interview with Business Focus.

He says the recent/ongoing rains in many parts of the country will up agricultural production and put some money in people’s pockets.

“I believe food inflation will go down due to rains. This will put some money in people’s pockets as they will be selling produce. Uganda is also looking for alternative markets and Kenya going into elections may push Portfolio investments to Uganda,” he says, wondering whether Uganda has the capacity to attract such investments.

Charles Ocici, a banker and Executive Director at Enterprise Uganda also predicts Uganda’s economy to “picking up in 2019 only that the country shall be entering into another election cycle something that might again slowdown growth.”

It is worth noting that since the 2011 general elections in which a lot of money was spent, Uganda’s economy hasn’t been the same.

This resulted into banks increased lending rates to as high as 30%, a move that resulted into high NPLs and write-offs that saw the banking sector crumble.

Since then, the banking sector hasn’t recovered; banks like the National Bank of Commerce, Crane Bank and Global Trust Bank have collapsed.

However, Prof. Emmanuel Tumusiime-Mutebile, the Governor, Bank of Uganda (BoU) says Uganda’s economic situation has been exaggerated, emphasizing that the economy isn’t in a recession.

While addressing bankers at their informal dinner held at Stanbic Bank Kyadondo Road on May12, Mutebile said: “It is true that real growth in the current fiscal year will be lower than was initially projected, but that does not mean that the economy is in recession – which entails a contraction of output.  There is a slowdown in economic growth but this should prove to be only temporary.”

He added: “I also want to refute the claim that the economy is suffering from a lack of demand. Of course, some individual industries may not have sufficient demand to sell all of their output – that will always be the case in any economy – but at the aggregate level there is little evidence to indicate that a lack of demand has depressed real economic growth. If that were the case, we would expect to see that the sectors most badly affected would be the non-traded goods sectors of the economy, because these sectors are dependent fully on domestic demand.”

He noted that the services sector was doing very well, adding that the economy will rebound this year (2017/18), growing at over 5%.

But what Mutebile didn’t explain was why so many companies including those in the services sector have collapsed while others have quit the market citing inadequate demand.

For example, in 2015, Kenyan supermarket chain, Uchumi closed shop in Uganda and one of the key factors advanced was inadequate demand. Nakumatt and other big supermarkets are also struggling, over the same reason. Global brands that have been operating in Uganda for many years such as AON, AIG and British Airways have all quit, citing a small market (inadequate demand).

Locally, a number of companies have become financially distressed largely due to limited demand.

Explaining the Current State of Affairs

Analysts argue that Uganda’s economy can’t grow at a faster rate when only 30% of the population is in the money economy. This is because the 2014 National Population and Housing Census report reveals that 69.4% of Uganda’s population is engaged in subsistence farming. Although the services sector contributes the biggest percentage to Uganda’s GDP, it employs a few people.

That’s why Ggoobi thinks Uganda has largely relied on luck, but is catching up with reality.

“We have over relied on good luck and failed to invest in right strategies to increase production and keep the economy,” he says, adding that depending on rain fed agriculture is something of the past since once the dry spell sets in, agriculture fails and the whole economy is adversely affected.

“Agriculture is a key sector employing three quarters of the population,” he says.

Ggoobi adds that Uganda over globalized (liberalised) her economy, thus becoming a market for other countries yet it doesn’t produce many quality items for export market. This has seen the country export fresh produce without value addition hence limited foreign exchange.

“The countries we were depending on for exports and imports like China and those in the Eurozone are no longer doing well. Remittances from the Eurozone have also reduced,” he says explaining why Uganda’s economy has been performing poorly almost in the past decade. He observes that for a country to sustain its economy, domestic demand must be built.

The South Sudan market also went bad in 2013 when the young country was devastated by war.

This was a big market for Uganda’s agricultural produce.

Ggoobi says Uganda’s annual earnings from South Sudan averaged US$700m before the war, but they are now on an average of US$200m.

Uganda also used to make money from the Democratic Republic of Congo, but Congolese affairs better, with many taking on farming.

Ggoobi adds that Uganda’s over reliance on donors to finance her budget especially education and health has affected its growth. “The health budget has been funded 40% by donors. But when they became broke especially those in the Eurozone, taps here had to be closed,” he says.

Financial experts say the economy requires urgent intervention from government-firstly, by paying outstanding debts it owes to its suppliers and paying new ones in time. There is also need to reduce interest rates, have local content clauses to benefit local companies on foreign contracts and generally lower the cost of doing business.

Ocici explains that Uganda must manage her administration better.

“Expenditure on MPs, Executive and  local administration is high yet they are idle; they don’t have programmes to run due to limited resources,” he says, adding that many idle civil servants  are underpaid, thus they end up stealing public funds.

“We have a costly non-performing public administration.  This affects service delivery and lowers production.   We need a lean efficient administration and this will help government get more money for development programmes,” he explains.

He adds that the government must invest in productivity and sensitizing Ugandans on how infrastructural projects like roads can lift them out of poverty.

He adds that Uganda needs to build medium enterprises that will support large ones.

“Many upcoming entrepreneurs are left to gamble. They end up making costly mistakes. There are a few large enterprises and many at the bottom of the pyramid. Those are signs of a broken economy,” he explains, adding that Mukwano Industries wouldn’t be struggling to get sun flower “if we had well-established medium entrepreneurs. Uganda needs to institutionalise enterprise development.”

He also urges government to reduce on taxes, noting that taxes should be moderate so that more tax payers get on board.

According to Ggoobi, for Uganda to grow faster and sustainably, “we must look at quick wins; areas that bring in money quickly. We need an economic stimulation package from government. Secure money from long term infrastructural projects so that we add value to agricultural produce and sell at higher prices on the international market.”

He adds that Uganda’s focus should also be on how to facilitate exports, noting that government must invest heavily in agriculture. “We have to focus on building value chains; have incentives for smallholder farmers,” he says, adding that while many people seem to be joining farming, many are disappointed that there are no markets and prices are low.

“We must make agriculture profitable and this means we need to take control of our production systems,” he explains.

He observes that countries like Ethiopia are growing at an average of 9% because they regulate markets; they have policies that protect them from competition.

“To them local content is practical not in words like in Uganda. We have to be independent economically,” he says, adding: “SMEs should be protected from undue competition coming from international multinationals.”

He says a few entrepreneurs are benefiting from the agricultural sector because they have connections and information on where markets are, but largely the government has left the sector to middlemen as it concentrates on supplying inputs.

He adds that government must invest in value addition, modern storage systems and building markets.

Ocici says that during hard economic times, it is better to “look at yourself first before looking at government.”

He says this is the time to cut costs on financing, Human Resource and operations.

“People should now think twice before going for those costly loans; if you have suppliers, all you need is to get a bank guarantee which is cheaper like at 5%  instead of a bank loan that is at 20%,” he advices, noting that this is the time to get rid of non-productive staff and motivate the few to up production. 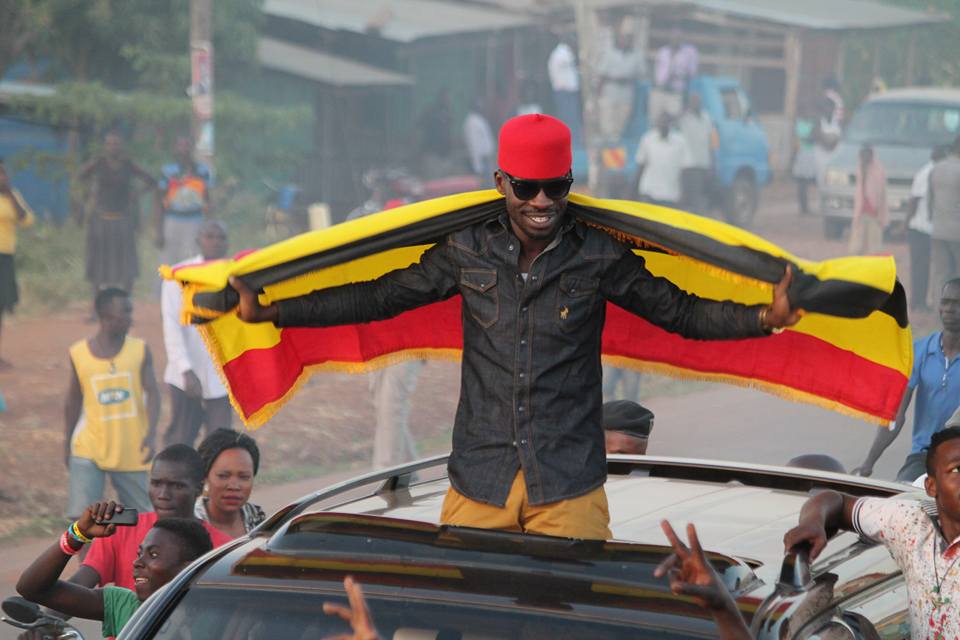 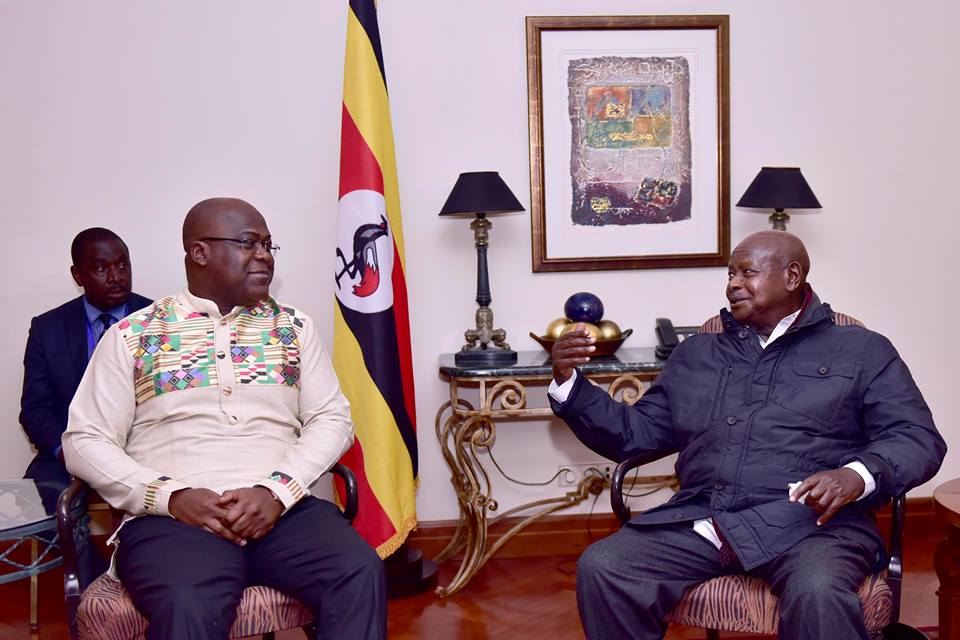