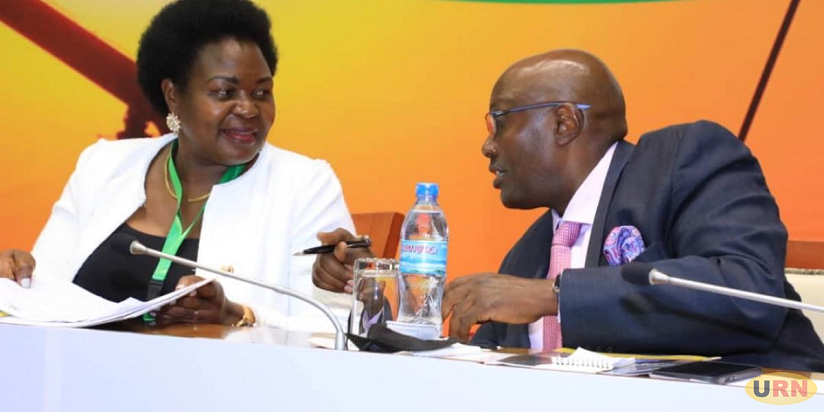 Energy Minister Ruth Nankabirwa and Amb. Richard Kabonero during the summit in Dar this morning

Uganda and Tanzanian companies have been urged to enter into joint ventures to tap into the opportunities in the East African Crude Oil Pipeline-EACOP.

Energy Minister Ruth Nankabirwa Says companies need to kickstart and build strong partnerships that can enable them participate in the oil and gas sector, create employment opportunities, and ensure that the region provides the required quality of services.

She was speaking at the opening of the Tanzania-Uganda oil and gas symposium which opened this morning at the Julius Nyerere International Conference Centre in Dar Es Salaam, Tanzania.

The symposium, the first of its kind, is a platform for the private sector to network, understand industry opportunities and challenges, showcase their capacities through experience sharing, and interact with public sector actors on legal and policy matters that govern the industry in Uganda and Tanzania.

Discussions in the meeting are focusing on ongoing activities with EACOP and other Oil and Gas projects and how to unlock National participation and local content as a means as a means to wealth creation for the people and sustainable economic development for the two countries.

Nankabirwa said the meeting is an opportunity for the private sector members to participate in the discussions on local content, a major component of the East African Crude Oil pipeline project. She highlighted opportunities in construction, engineering, transportation, accommodation and fabrication, among others.

The pipeline; a key project in the production and transportation of Ugandans crude oil mineral resource will be executed with a joint partnership between the Uganda National Oil Company-UNOC, Tanzania Petroleum Development Corporation-TPDC, Total Energies, and China National Offshore Oil Corporation Limited, at an estimated investment cost of USD 3.5 billion.

Early this year, Tanzania signed the Host Government Agreement(HGA) paving way for the construction of a 1,443-km crude oil pipeline from Uganda’s Albertine region to Tanzanian seaport city of Tanga.

The EACOP pipeline route is estimated to occupy a land area of 2,740 acres in Uganda, running a distance of 296-kilometres in ten districts before entering Tanzania, where it will cross through 20 districts across 20 regions.

While the Tanzanian government also approved all supporting legislation for the implementation of the project, Nankabirwa says that the parliament in Uganda is working around the close to have all important legislation passed by the end of this month.

Tanzania’s Deputy Energy Minister January Makamba said that Tanzania and Uganda will never be the same after the implementation of the EACOP project. He says the region will be transformed because of the pipeline which he describes as a key feature in the global market.

“Tanzania is keen on building a gas line to sell gas to Kenya , Uganda and Zambia and the outside world,” Makamba said, adding that the people of both countries have had enough of talking and now want to see results.

The Ugandan Ambassador to Tanzania Richard Kabonero said that the two countries have made substantial advancements in the industry in the last two decades. “Tanzania has already developed some of her natural gas, and Uganda is in the development phase of her oil reserves. At the center of it all is the East African Crude Oil Pipeline (EACOP),” he said.

The EACOP, he said, will not only help both countries attract significant Foreign Direct Investment (FDI) in this and other sectors, but also to harness the potential of local investment, and give this to local Investment and other projects.

Both Uganda and Tanzania, he noted, have played to create an enabling environment and policies to guide oil and gas development, including the recently concluded agreements.

“In the last two decades, we have made substantial advancements in the industry. Tanzania has already developed some of her natural gas, and Uganda is in the development phase of her oil reserves. At the center of it all is the East African Crude Oil Pipeline (ECOP),” he said. 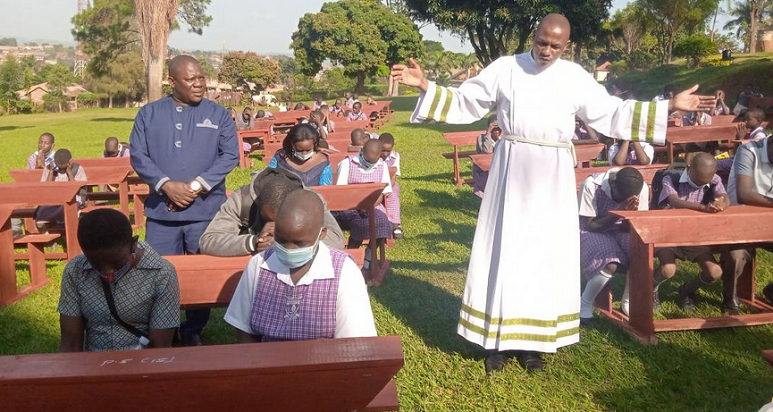 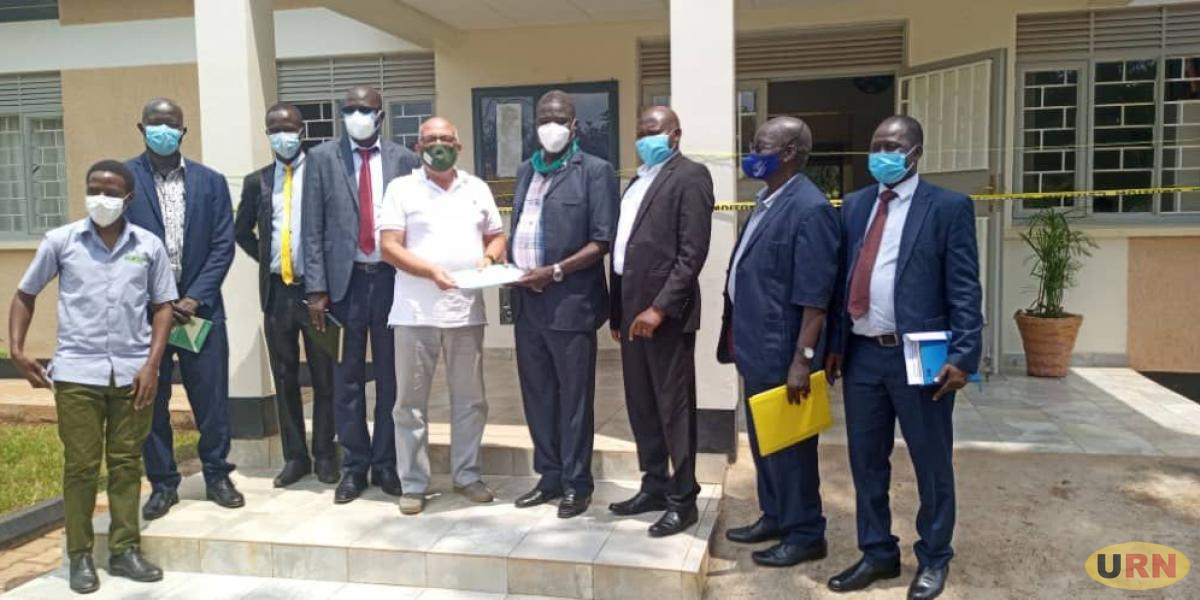 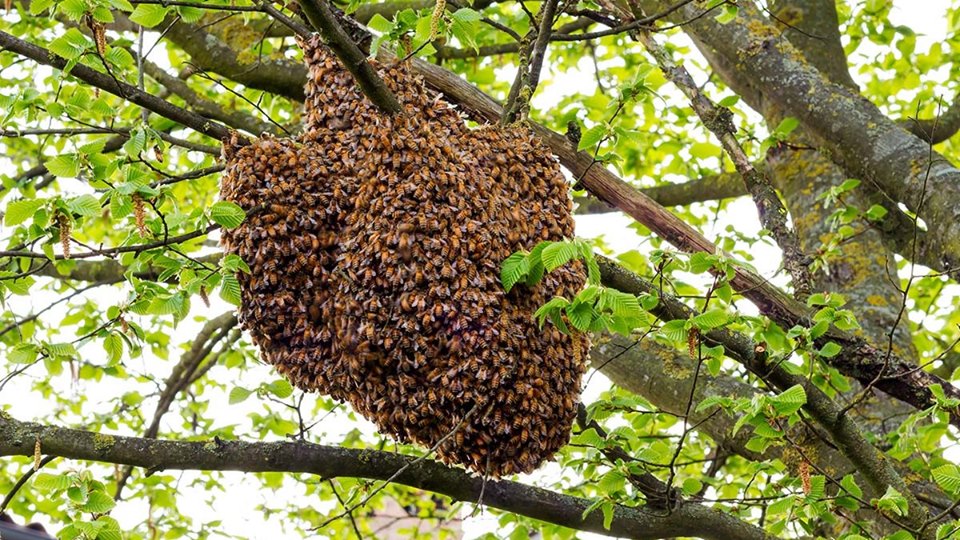