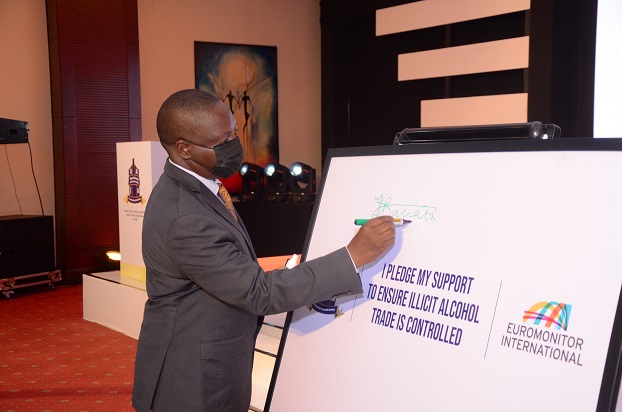 Hon. David Bahati, State Minister of Finance for Planning, signs a pledge to control the trade of illicit alcohol

The Uganda Alcohol Industry Association Wednesday launched an industry report that sheds light on the Trade and consumption of Illicit Alcohol in Uganda. Among other explosive revelations, the report found that the Government of Uganda loses approximately UGX 1.6 trillion in unrealized taxes due to evasion of tax by the illicit trade as well as lax enforcement of existing laws that govern the production and sale of Alcohol.

The report, titled Understanding and Sizing Illicit Alcohol Consumption in Uganda was released from research done in 2021 by Euromonitor International, a leading independent provider of strategic market research for the past 40 years. In compiling this report, Euromonitor conducted an extensive review of publicly available secondary resources, retail channel observations, opinions from Multiple Stakeholders to identify where and how Illicit Alcohol is sold, distributed and consumed and also its socio- Economic impact on society

Speaking at the launch of the report, the state Minister of Finance Planning and Economic Development said he was surprised by the amount of money that Government is losing through some lax and the not so strong laws on enforcement of the Enguli act which prohibits the manufacture and consumption of Enguli if one does not have a Licence “We shall relook at this law and seek to update it in enforcing the production and sale of alcoholic beverages to prevent the issues we have heard today that are attributed to the consumption of unregulated alcohol like health issues and importantly the loss of revenue to government” He added that his is money that could be put to good use providing much needed social services to the people and promised that the Ministry pledges to take this tax leak seriously and to address it conclusively.

According to the report, Current penalties and punishment stipulated in the act is not sufficient in curbing regular or new illicit players in the production, sales and smuggling of illicit alcoholic drinks. Punishment imposed and paying of fines are considered worth the risk in trading illicitly. Moreover, the inadequate enforcement allows illicit traders to continue operating and distribute their goods across formal and informal channels.

Between 2017-2021, the value market size of illicit alcoholic drinks increased at a 18.3% Compound Annual Growth Rate (CAGR) from USD577.8 million in 2017 to USD956.8 million in 2020. In the same period, the total consumption of illicit alcohol recorded increased volume growth at a 9.1% CAGR, impacted by high inflation rates, low disposable incomes, poverty and a lack of regulation enforcement. Illicit alcohol is widely sold directly from private households which are involved in the production, as well as consumption of these beverages

Mr. Onapito Ekomoloit the Association chairman, said that as an Industry, they are heavily impacted by the thriving illicit alcohol trade noting that the industry has to carry the heavy taxation burden and regulatory measures that are not fairly distributed yet the sector that is taking the most out of this trade goes unregulated, untaxed.

“The scale of illicit alcohol is often underestimated, making the formal sector an easy target of regulatory bodies; a disproportionate blame for alcohol related harm and the resultant punitive taxation regime. Illicit alcohol currently makes up 65% of the total market volume. That means the rest of the industry players make 35% and yet, we are among the top 10 tax payers in the country due to the heavy taxation imposed on our products. A fairer, more balanced approach on equitable taxation of the industry would have positive ripple effects across the entire value chain. It would mean we are able to support more farmers, invest more in our industries and create more employment opportunities across the board,” he said.

He commended Government on the Digital Stamp Tax that has seen the importation and sale of illicit spirits reduce substantially in the last one year, but also noted that the Proposed changes under 2021 Amendment of Excise Duty Bill would lead to increase of retail unit prices in spirits, beer and other alcoholic drinks. As a result, legally produced alcoholic drinks would become even less affordable for more Ugandans driving them to illicit consumption. 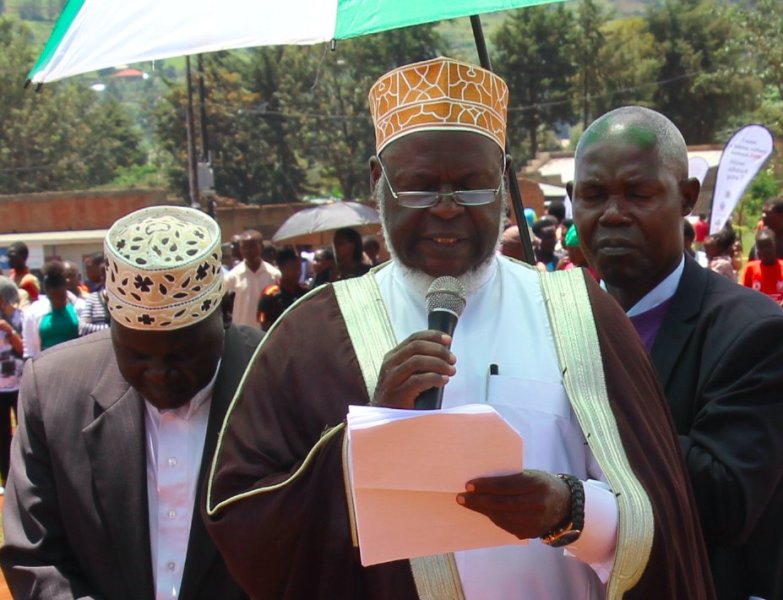 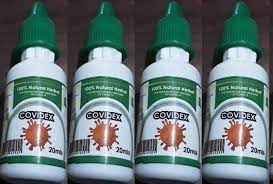 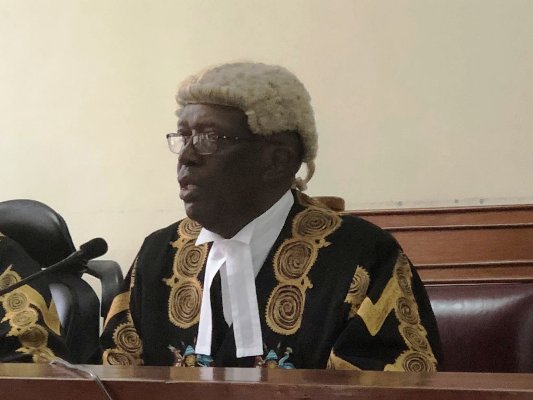