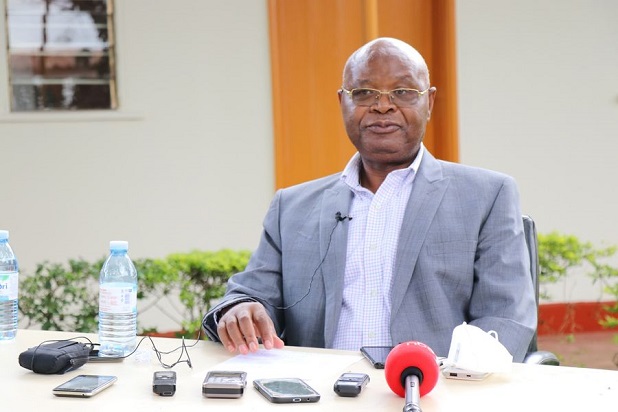 The Uganda Bureau of Statistics has insisted that the Ugandan economy has entered into the threshold for the lower-middle-income status based on its statistical data computations, despite a divergent view by the World Bank.

In a statement released Wednesday, the statistical body indicates that the country’s official GDP income per capita is 1,046 US Dollars as stated by president Museveni on June 7.

This is contrary to the figure of 840 US Dollars released by the World Bank on June 30, which uses Gross National Income to find the country’s average income per person, a measure which could have sparked the controversy.

While GDP measures the country’s volume of production attributed to its citizens within the country, GNI on the other hand takes into account the total wealth of the citizens of the country, including that from activities outside the country, but it excludes the wealth held in the country by foreign residents.

According to Chris Mukiza the UBOS Executive Director, the World Bank used data for the financial year 2020/21 to compile its report, yet the president considered figures from 2021/22, the most up-to-date.

Since President Museveni stated that Uganda’s economy had attained the middle-income status threshold, later refuted by the World Bank, there has been confusion in the public, which called for a harmonization meeting by both bodies on July 4, 2022.

Mukiza says that the World Bank report did not only use outdated data but also applied the UN population projections for Uganda which are not official, resulting in a wrong report.

According to UBOS, Uganda’s population projection for mid-2022 is 43.7 million, and the Gross Domestic Product at USD 43.232 billion. However, different bodies including the United Nations, project the population at 48.6 million and the GDP at USD 34 million.

In the statement, Mukiza said that when they computed the UBOS population projection with the World Bank’s Gross National Income, the results were not very different.

He adds that moving forward, UBOS will sit with the UN to harmonize the population projections, and the bureau will report on the country’s GNI in addition to the aggregated GDP, which has not been the case.

According to the World Bank, for a country to belong to a certain economic status class, its Gross National Income-GNI is divided by its population projection, and the outcome is the determinant of the class it belongs.