Two of the four COVID-19 vaccines currently developed in the country are reaching the animal trial phase, while one other is one stage away.

The vaccines manufactured under the Presidential Scientific Initiative on Epidemics (PRESIDE) are using different technologies; One is using the ChAdOx1 also known as the Adenovirus-vectored technology, used in the development of the AstraZeneca vaccine while the others are using the Messenger RNA technology (mRNA) that was used for the Pfizer-BioNTech and Moderna vaccines.

The Adenovirus technology uses a harmless, modified version of the common cold virus spread by chimpanzees and it is designed to ensure that while the virus can not make you sick, it carries a gene that can trigger an immune response. The mRNA technology, on the other hand, involves the creation of a gene or a protein that looks like the virus which tricks the body into producing antibodies that will fight the real COVID-19 virus.

Dr Monica Musenero, the Minister for Science Technology and Innovation and the former chairperson of PRESIDE, the venture heading COVID-19 vaccine research in the country says that Uganda now has four vaccine candidates, three of which have passed the fifth stage which includes inactivating the virus. Musenero says that as early as March next year, one of the vaccine candidates should be ready to start clinical trials or be tested on humans.

Uganda’s vaccine production will undergo 11 major steps that can be divided into research and production. The research phase mainly includes; screening and isolating viruses from patients, growing cells, growing large stock of isolated virus, quantifying the number of stocks, inactivating the virus and cleaning or purification of the developed product.

After this, stages 7 to 11 will involve; animal and clinical trial stages where the vaccine candidates will be injected into mice to assess their safety and the kind of immunity they provide. Once the vaccines prove effective, a mini vaccine plant estimated to cost USD 14 million (49.8 billion Shillings) will be set up to manufacture more vaccines to be used at the clinical trial stage. The plant will have to be approved by the World Health Organisation and the National Drug Authority.

Once the plant is up and running, clinical trials in humans will take place to assess the safety and efficacy of the vaccine in humans. The clinical trial data will then be submitted to the World Health Organisation and other regulatory bodies for approval, and once approved, mass production of the vaccines will take place by pharmaceutical companies that will have signed any Memoranda with PRESIDE. So far, an MOU has been signed with Serum Africa Medical Research Institute(SAMRI).

One vaccine candidate has now reached the pre-clinical stage. The second vaccine candidate according to Musenero is between stage five and six while the third one is at stage five where the virus is inactivated. She says they are waiting for certain chemicals to assist in the cleaning up of the vaccines.

While research is ongoing and financing for a mini-vaccine plant is being sought after, Musenero says that Memoranda of Understanding will have to be signed with big pharmaceutical companies for mass production of the vaccines.

“The mini-plant cannot produce vaccines for the entire country. For that, we need a big pharmaceutical plant. To set up, we need between USD 350-500 million, yet we do not have that kind of money. But through MoU’s, we can have mass production of vaccines at a cheaper price because these companies already have the equipment in place,” Musenero said.

According to Musenero, several scientists are being supported under the PRESIDE initiative to come up with vaccines, diagnostics and therapeutics for COVID-19. The scientist involved are from different universities and research institutions like; Makerere University, Kampala International University and the Uganda Virus Research Institute. Some of the people involved are; Prof Enock Matovu, Prof Moses Joloba a microbiologist, Prof Charles Ibingira and several people from UVRI.

President Yoweri Museveni in the recent COVID-19 national address announced that the country’s Nalubale Dawa vaccine would soon be ready. Musenero explains that all the four vaccines candidates if successful will have the Nalubale Dawa attached to them. She says this is a type of branding aimed at showcasing the country.

Similarly, Dr Grace Nambatya, one of the scientists involved in the COVID-19 therapeutic research says Uganda has the capacity and knowledge to produce therapeutics but has often been unable to do so due to low funding in herbal research.

“We have thousands of tree or plant species that have been used to cure disease for generations but many of us have been sleeping relying on Western medicine to cure us. But that does not mean we do not have the capacity. We have the capacity and knowledge, all we need is an investment,” she said in an interview.

A total of 127,451 cases and 3,252 deaths of COVID-19 have been reported in the country. Musenero says while the disease has wreaked havoc in the world and the country, it has been a blessing for Ugandan researchers. She says the manufacturing of COVID-19 vaccines will be a game-changer in the country.

“COVID-19 has caused havoc in the world and the country but it has been a wake-up call for us. Vaccine nationalism and the costs associated with approved COVID-19 therapeutics forced us to wake up and think of looking for our own solutions. Production of COVID-19 vaccines is the first step, next we shall be looking at producing other vaccines such as Polio that are needed by all growing children,” Musenero concludes. 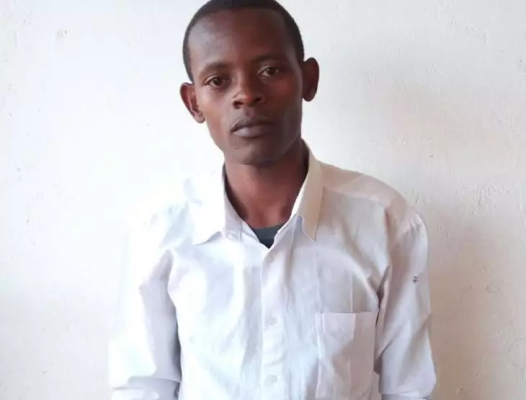