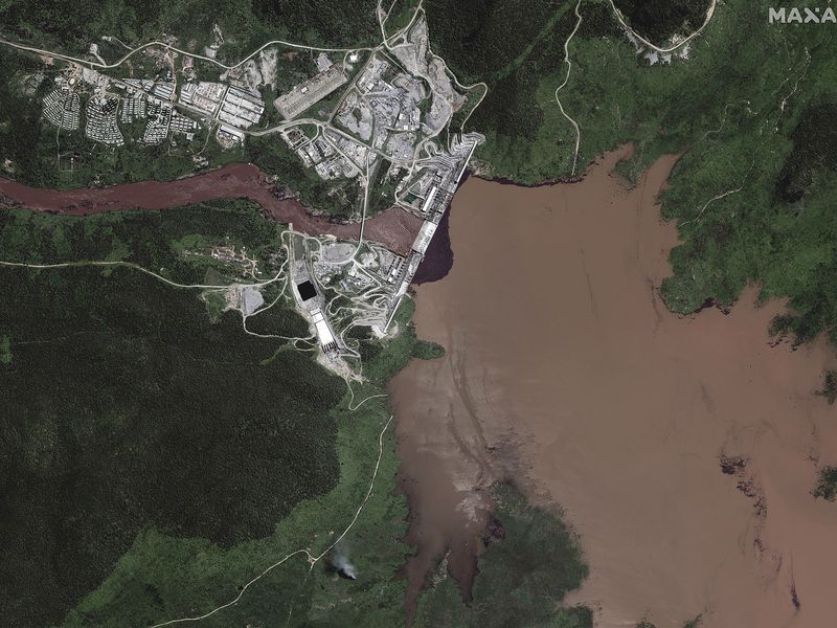 Satellite images taken on June 26, above, and July 12, below, show the Grand Ethiopian Renaissance Dam in Ethiopia. Source: Maxar Technologies via AP Photo

The filling of a reservoir behind a mega-dam Ethiopia is building on the Nile River, whether by nature or government action, is elevating tensions with Egypt and Sudan.

Ethiopia’s Water, Irrigation and Energy Minister Seleshi Bekele was cited by a state-owned broadcaster as saying the filling of the reservoir had begun prior to the government concluding an agreement with its neighbors on water flows — comments that were reported by Bloomberg News and other media. The Ethiopian Broadcasting Corp. later said there was a misinterpretation in its earlier report.  “The inflow into the reservoir is due to heavy rainfall and runoff exceeded the outflow and created natural pooling,” Seleshi said on Twitter. The minister didn’t specify whether any of the dam’s gates had been closed and calls to his phone weren’t answered.

Egypt has warned that unilateral action by Ethiopia to fill the 74 billion cubic-meter reservoir would threaten regional security, and its foreign ministry said it would seek urgent and official clarification of the minister’s remarks. Sudan’s irrigation ministry said flows on the Nile indicated that Ethiopia had closed the dam’s gate.

The conflicting reports and sporadic responses by the governments show just how sensitive the issue is, with authorities walking a tight rope between asserting rights and exercising restraint. In the 1970s, Egypt’s then-leader Anwar Sadat threatened war if the dam was built.

The Nile River is Egypt’s main fresh water source and it has opposed any development it says will cause significant impact to the flow downstream — a position echoed by Sudan. Ethiopia, which plans a 6,000-megawatt power plant at the facility, has asserted its right to use the resource.

Eleven days of talks brokered by the African Union ended Monday without an agreement being reached on the pace of filling the 140-meter deep reservoir. Previous mediation efforts that involved the U.S. and the United Nations Security Council also failed to make a breakthrough.

So far, Ethiopia “has not stated explicitly that the water backing up behind the dam is due to the remaining outlets being closed,” said William Davison, the International Crisis Group’s senior analyst for Ethiopia. “Regardless, the issue of the first filling of the reservoir should not distract Ethiopia, Sudan and Egypt from their essential task: to keep talking in order to find compromises on the outstanding areas of disagreement.”

Egypt has said all options are open if a deal can’t be reached, while Ethiopia pledged commitment to further discussions. 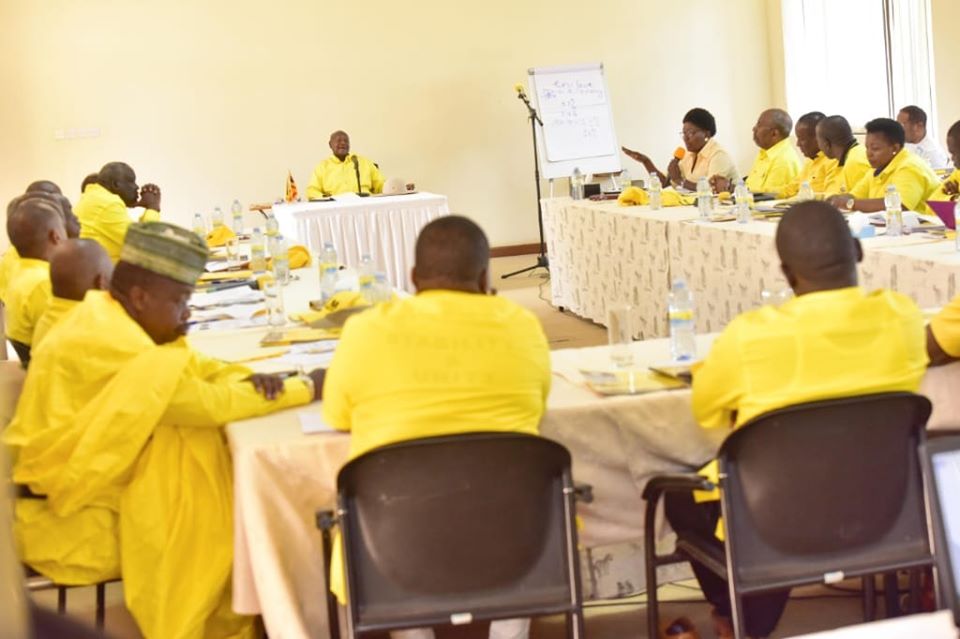