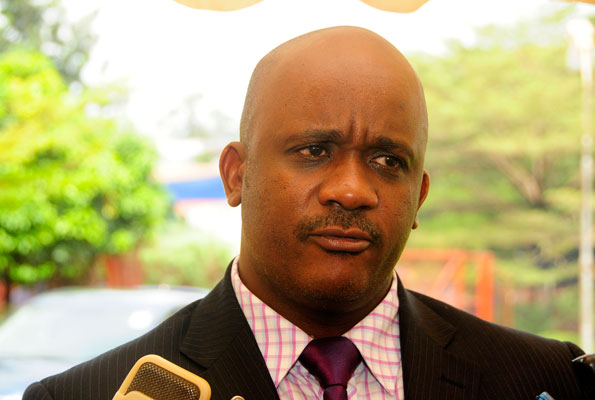 The Civil Society Budget Advocacy Group (CSBAG) has urged parliament to recall the recent allocation of Shs10bn to Members of Parliament meant for COVID19 response and implored the President not to ascent to the supplementary budget but send it back with new guidelines.

In an open letter to President Yoweri Museveni, the Executive Director, CSBAG, Julius Mukunda (pictured), says that though they agree with parliamentary role of oversight and agree to the fight against COVID19, they contend the manner in which Parliament handled this matter especially at the time when Government seems resource constrained in its response to the Pandemic.

He says that this can be evidenced by Government request to borrow from World Bank and other sources.

“We do agree that Parliament plays an important role of oversight of the Executive functions as mandated by the constitution. We also agree that in the fight against the COVID-19, sensitization of people by their leaders is much needed. The voices of the MPs are therefore crucial. What we contend is the manner in which Parliament handled this matter especially at the time when Government seems resource constrained in its response to the Pandemic,” he said.

Mukunde says that the Shs10 billion that the legislators are expected to receive can have greater multiplier effects if put to the right alternative use. He highlighted some of the alternatives to which the money may be put including;

Providing the needed 1 Million USD (Shs3.9 billion) needed by Makerere University to develop quick, low cost COVID 19 test kits where a team of researchers at Makerere University is in the process of developing a quick, low cost COVID 19 test Kits. According to experts, the test kits will be able to show results with a few minutes and will require Shs4,000 for each test to be conducted . The research team lead noted that it will require at least 1 million US dollar (Shs3.9 billion) to produce the test kits. With Shs 3.9 billion spent on production of the kits, the balance-UGX 6.1 billion can be used to conduct over 1,525,000 COVID 19 tests on citizens,

Fixing the funding gaps in the health system especially the health sector institutions like Uganda Blood Transfusion Services (UBTS), Uganda Virus Research Institute (UVRI), Mulago Hospital Complex, and National Medical Stores. From each of the institution FY 2020/21 Ministerial Policy Statement, it was observed that they had a combined annual budget deficit of Shs10.6 billion. If only the Shs10 billion meant for MPs was to be directed to this cause, it would cover these staffing challenges,

Increasing on the bed capacity in health centers to purchase of over 30,166 hospital beds for distribution in the different health facilities around the country with each bed value at 85 USD (Shs331,500).This would help reduce on the current hospital bed deficit prevalent in the country’s health facilities, Fuel the various cars at national and local levels conducting anti-COVID 19 activities among other alternatives.

According to the Parliament Clerk Jane Kibirige, Parliament used its discretion powers to make several re-allocates and as such Shs10Billion was allocated to Parliament and of this, it is reported that each legislation will receive Shs20 Million to help monitor and run different activities. She said this is not new.

“In the past such facilitations have been given, this is not new and should not be poiticised. It’s no secret that MPs are first point of call before any government interventions are implemented in constituencies,” she said.