The Minister of Finance, Planning and Economic Development, Matia Kasaija will live to ‘die’ another day after Speaker of Parliament,  Rebecca Kadaga saved him from being censured  for  allegedly misappropriating $200m (about Shs720bn) loan that was meant for National Medical Stores (NMS) to procure medical supplies.

Kasaija had failed to give a convincing explanation on his role in the misappropriation of the money in question.

As MPs were ready to kick Kasaija from the ministerial position, Speaker Kadaga ordered the Auditor General, John Muwanga to conduct a special audit in the Treasury accounts, to establish where and how the USD200M was spent.

“In order to ascertain and find out the performance and utilization of the loan, there is need for the Auditor General to carry out a special audit on this loan,” Kadaga said, adding that this will guide the House in debating the matter.

“I therefore direct the Auditor General to carry out a special audit on utilization of the performance of USD200M from PTA Bank and submit the report by the 28th February 2018,” she ruled.

The Speaker noted that the outcomes from the Auditor General’s report would then be considered together with the report from the Parliamentary Public Accounts Committee where the House will base on to make resolutions.

“In the circumstances, I have stayed the debate on this matter until the 28th March 2018,” she said.

It is reported that Kasaija along with Secretary to the Treasury, Keith Muhakanizi allegedly misappropriated Shs720bn loan that they duped Parliament to approve to give to NMS for medical supplies.

However, Public Accounts Committee recently revealed that finance ministry did not release the said monies to NMS for its intended purpose.

The report presented by Angelline Ossege (Soroti Woman MP) observed that the ministry of Finance received the money and neither informed NMS nor gave it funds. The committee in its report recommended that minister Kasaija should be censured for misleading the House and at the same time asked for the sacking of Muhakanizi. 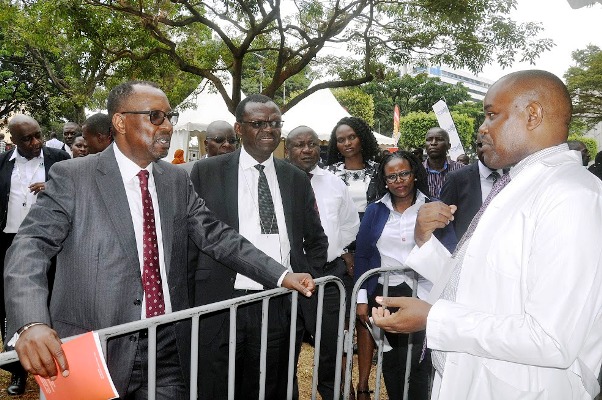