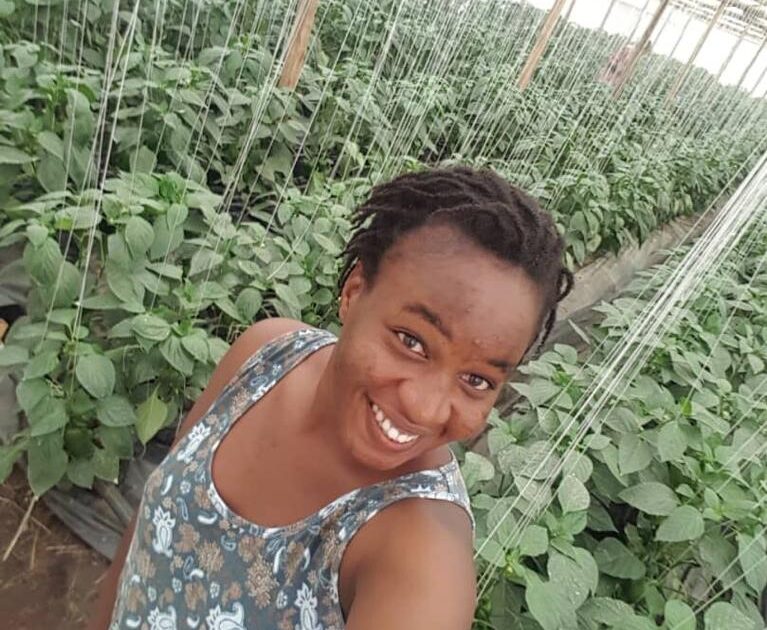 Mbabazi takes a selfie inside her green house

Green pepper also known as capsicum is a common crop that does well in hot or warm areas such as Eastern and Central Uganda.

It’s one of the most important high value vegetable crops cultivated in the greenhouse, under shade or outdoor.

Outside its value, it is a source of vitamins A and C, with the red-coloured variety containing dietary fibre and is rich in antioxidants, which are essential in maintaining good health.

But for it to reach harvest, a lot has to be done.

Mbabazi says green pepper is so vulnerable to pest and fungal attacks and as such, it requires a lot of care.

The mother of one likens pepper, in its early stages to a baby (in terms of how much care it needs).

These, she says, require the farmer’s constant presence in the field but also a constant touch with an agronomist.

She says, you don’t have to be mean when it comes to caring for pepper.

On dealing with pests and fungal attacks, she says capsicum is attacked by several pests that not only damage the crop but also act as vectors for destructive diseases, especially the sucking insects. This includes whiteflies, mites, aphids, nematodes and thrips.

Thrips attack will make the leaves curl upwards, reducing in growth and hindering the absorption of nutrients. They also result in yield reduction and low market value.

Mites can be a problem especially in hot and dry conditions. The young larvae and adults feed on the leaves and buds by sucking the sap, and unlike the thrips, they cause downward curling of the leaves. Whiteflies affect the crop by sucking the sap and releasing honeydew, which later turns to a black sooty substance preventing photosynthesis from taking place.

All these pests can be controlled by maintaining field hygiene, crop rotation, use of the sticky cards, for example, the yellow ones to control whiteflies while the blue ones control the thrips.

This means that you require a water source on the farm.

As for Mbabazi, she put up a greenhouse near a swamp. This means she does not spend money on water as opposed to other farmers using NWSC water for irrigation purposes.

Ideally, there are different varieties of capsicum, which start primarily as green but upon ripening, they end up as yellow, red or remain green.

Capsicum takes three to four months to mature, which makes it one of the best earning short-maturing crops.

Talking about earnings, Mbabazi says one can recover their capital within just one season of growing green pepper.

For one to set up a greenhouse, it requires between Shs9 million and Shs10 million, she says.

Recovering this money within the first eight months is achievable but according Mbabazi, things changed a bit since Covid-19 broke out.

For instance, she says, before Covid-19 pandemic, a kilogram of green pepper never dropped below Shs5, 000.

This, she says, is because hotels which used to be the biggest buyers no longer buy like they used to.

Outside of hotels, Nakasero market is the biggest market for green pepper.

The seeds are first sowed in the nursery and later transplanted. The germination of the seeds may be followed by a period of dormancy, taking 10-12 days before germinating depending on the variety.

The seedlings also have a relatively lower growth rate than other vegetables thus should take six to seven weeks in the nursery.

The nursery bed must be prepared to a fine tilth and the seeds sowed singly. Nursery management practices should be carried out effectively for one to produce healthy seedlings.

But to ensure germination, Mbabazi says you don’t need to buy seeds from just anywhere but specific companies. Most of these companies are Dutch, she says.

She says other companies guarantee refund in case the seeds fail to germinate.

“You can go back with proof that the previous pack did not germinate and they give you another pack,” Mbabazi says.

Before planting, she says, there are fluctuations in temperatures, high during the day and low at night, which lead to purple stripping of the fruit. This affects quality, she says.

This can be managed by ensuring that the soil is well-moisturized during the day, which creates a cooling effect on the plant.

The crop does well in well-drained fertile soils and can tolerate 5.5-6.5 pH levels. Fertilizer application should be made in line with soil analysis results.

However, she says, over-fertilization may result in fruits that are too large to meet the market demand.

The beds should be shaded to prevent the seedling from direct sunlight and strong wind.

Transplanting is best done early in the morning or late in the evening. The spacing is determined by various factors such as irrigation layout, soil fertility.

However, the ideal spacing is 40cm by 60cm. Adequate watering should be done throughout the growing period for optimal production.

Sunscald is also a physiological disorder that affects capsicum as a result of exposure to excessive direct sunlight.

The fruit develops a whitish or necrotic area, which is on the side that is exposed to the sun leading to secondary infections by fungi.

The condition is most common in the open field unlike in the greenhouse, however, it can be managed by keeping the fruits shaded by crop leaves.

Mbabazi is motivated by the fact that her family survives on farming.

“The passion comes from childhood. I have planted beans, maize, been in my dad’s banana plantation, planted trees,” she says.

For the pepper, she met a friend who told her about it.

“He is into agriculture. So, he introduced me to it, he told me about it, I got interested in it. So, I talked to my partner about it and we decided to give it a shot,” she says.

Currently, green pepper is not common in the markets. Either the farmers are not growing enough or they have quit, hence the huge demand and definitely the cost.

Mbabazi explains that the more farmers plant, the more it floods the market but explaining the current season, she says many farmers are recovering from the Covid-19 experience where there was a lot of harvest with no market.

As a result, farmers have been reluctant to plant.

“Farmers see when the prices are starting to go up, that’s when they rush to plant and by the time they start harvesting, they find there’s too much in the market and then the prices will go low,” she says.

She attributes this to poor communication among the farmers.

But even if it were communicated, she says it is hard to compete against bigger farmers with over 3 greenhouses.

But she says by the end of this year, green peppers will be a lot on the market because many farmers have planted them.

The only challenge is when you are not sure of the investment, Mbabazi says. She says you either need to invest in green pepper growing as a side business (because it needs some money to run the day-to-day activities like paying casual laborers, pay for an agronomist visit etc) or take it on as a farm (because you know what to expect).

Outside these challenges, Mbabazi says green pepper growing is a good investment.

She says even during a bad season, you can still recover half of the investment in one season. This comes with double harvests per week for a period of about 4 months.

11 thoughts on “How To Earn Millions From Green Pepper Growing” 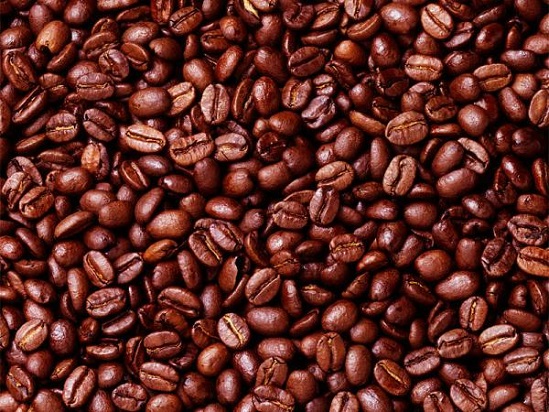 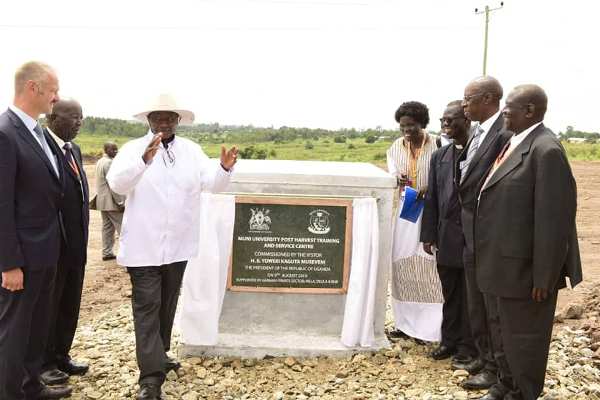 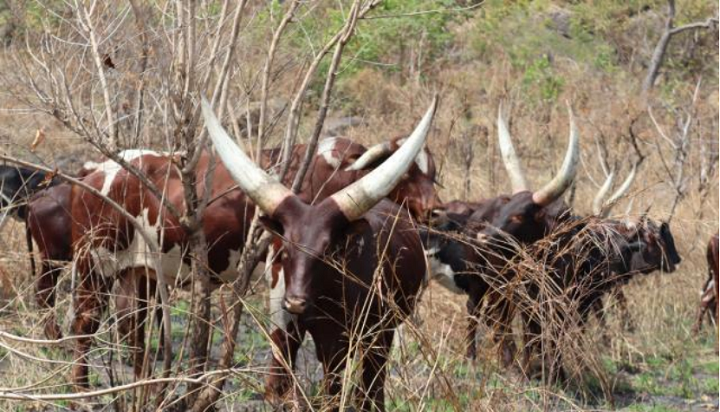