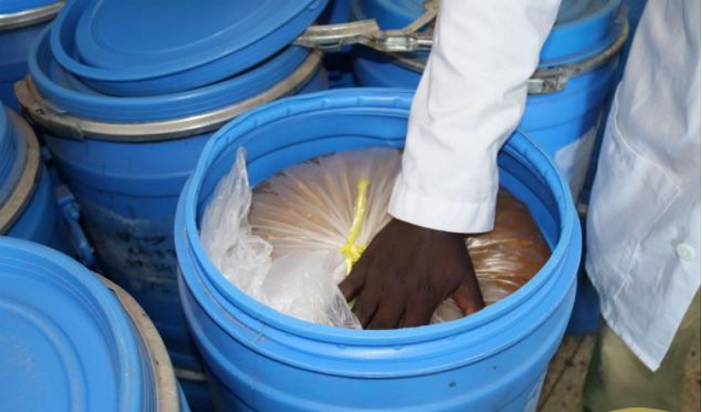 Mango pulp produced by Gulu University stored in the Agribusiness lab at the Faculty of Agriculture and Environment.

The University produced 12 tons of mango pulp in a pilot project last year which was aimed at mitigating post-harvest losses in fresh mangoes in Acholi Sub-region. But close to nine tons of mango pulp remain unutilised in the Agribusiness lab.

Dr Collins Okello, the Dean Faculty of Agriculture and Environment told our reporter  in an interview that despite the quality of the pulp, the University failed to secure a bulk market from juice-making industries.

He says the mango pulp has since overstayed and is no longer recommended for juice making.

Dr Okello, however, says the University is now looking at an alternative means of using the mango pulp for breeding black soldier flies to produce larvae that are good for poultry feeds.

Dr Okello also notes that they will use the mango pulp currently available to make wine arguing that the region produces an enormous quantity of mangoes which most times go to waste.

According to the University officials, the project will see students breeding the flies on mango pulp waste to produce maggots which are later harvested and sold as poultry feeds.

Black soldier fly larvae are considered highly nutritious for poultry owing to the protein level it contains compared to soya beans and silverfish.  In addition, they are also less expensive with a kilogram in Gulu City going for between 700 to 800 shillings.

He says the agricultural department has already tried out the initiative and notes that fish farmers especially have reported its positive impacts.

Lakor has encouraged farmers to embrace the new initiative but notes that they need to be undertaken through training for effective production.

According to Alfonse Acaye, the District Entomologist, the breeding of black soldier flies starts with attracting the flies using food waste.

He notes that once the flies are attracted, they begin laying eggs which take about two weeks to hatch adding that it takes another week for the larvae to be ready and later dried for feeding poultry.

Acaye says they had initiated the production of black soldier flies in the district under the Farm Radio International and Makerere University Insect Feeds Project but extreme hot weather frustrated the growth of the larvae.

One thought on “Gulu University Fails To Get Market For Mango Pulp, To Use It For Poultry Feed Production” 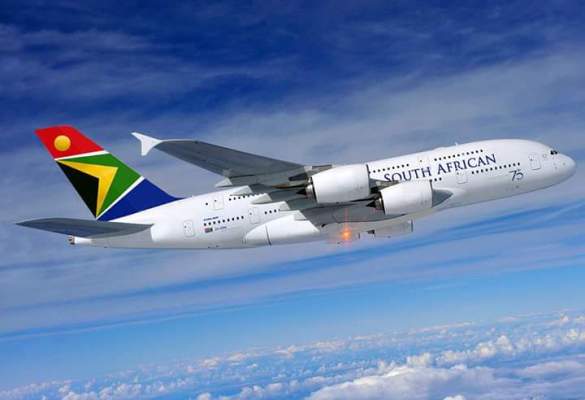