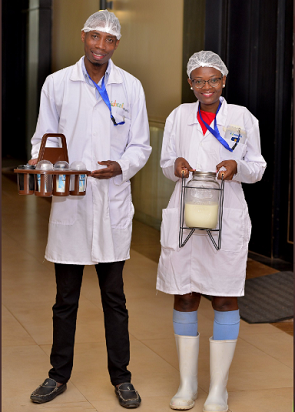 Lwetutte (L) and his colleague serving hot and ready to drink milk.

Milk Bank, one of the 43 start-up ideas that won US$20,000 (76.4m) National Social Security Fund (NSSF) and MasterCard Foundation seed fund last week intends to grow milk consumption in the country by setting up an automated machine-like hot milk dispenser.

Based along Sir Apollo Kaggwa Road in Kampala and founded in 2019, the start-up is concentrating on making hot milk available anytime of the day.

Gilbert Happy Lwetutte, the Founder of Milk Bank says that “We are making milk more handy and more accessible.”

“Today in Kampala, if you want to have milk, maybe at midday or 2pm, it is hard to access it because restaurants sell it in the morning and in the evening. So, we are creating kiosks in schools and in hospitals to make sure that people can access hot milk any time of the day,” Lwetutte says.

With the seed fund, Lwetutte says the intention is now to mechanize ready to drink milk accessible.

..”and as we are doing that, with this fund of the NSSF, we are working out to see that we can mechanize our milk sales to see that people can access milk like from an ATM machine,” Lwetutte says.

Currently, Milk Bank buys milk at between Shs1, 300 and Shs1, 400 from village farmers and local distributors.

Lwetutte says that before Milk Bank was founded, he noticed a lot of milk wastage.

“In Uganda, we only process 34% of the milk. So, over 50% is marketed raw. So, most of the milk that is marketed raw goes bad because the people in the villages don’t have fridges, don’t have better storage facilities and so, because it is going bad, we are making milk handy in town, so it can have more market,” Lwetutte explains.

With the government move to make milk consumption in Kampala, Wakiso and Mukono schools compulsory, Lwetutte says while it is a good idea because it all started from the cattle corridor where there is a lot of milk, not everyone is in school.

However, with the NSSF and MasterCard Foundation funding, Lwetutte says Milk Bank targets to employ 54 people.

Uganda earns about USD 130 million annually from the export of milk and milk products. 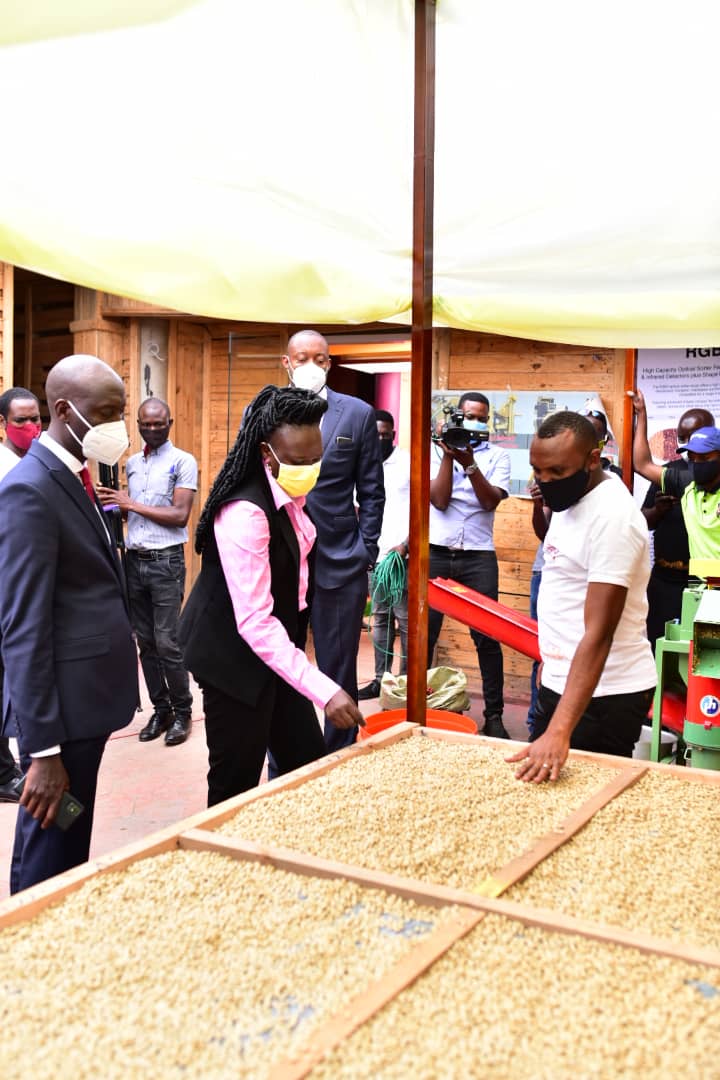 22 Profitable Agribusiness Ideas That Will Make You Rich