Government through Ministry of Education and Sports has stopped Christian University (UCU) from offering online examinations to their students until the Coronovirus crisis is contained in the country.

The announcement was made by Minister of Education and Sports, Janet Museveni (pictured) on Saturday while addressing the nation on Ministry of Education’s COVID19 response plan.

It should be noted that last week Kilak North MP, Gilbert Olanya told Parliament that  UCU Management was  asking students to prepare for online examinations and to clear fees arrears before sitting for exams.

He described the directive as unfair to both students and parents especially during this difficult time.

He asked the Ministry of Education and Sports to investigate why University has disregarded the Presidential directive.

However, the same matter was raised again by Jacob Opolot, Chairperson Education Committee who asked the Prime Minister, Ruhakana Rugunda to provide guidance regarding the Management of UCU who have gone ahead contrary to the Presidential directive, to ask students to prepare for Online Exams and asking parents/guardians to clear the school fees arrears.

The University had stood by its position on having all students undertake online exams starting April 6th 2020 saying their policy is within the presidential directive that called on institution of learning to come up with innovative ways to continue business.

Responding to the matter, Janet said: “We have received several complaints and concerns that Some Universities are forcing students to pay for and do online examinations during this period yet, quite a number of students do not have the required facilities and money to do them. We have therefore decided that all these examinations be suspended until we are out of this crisis.”

It should be recalled that some MPs called on the Ministry of Education and Sports to investigate why UCU was hell-bent on administering online examinations to its students, a move they described as defiant towards the presidential directive on closing all institutions of learning to help control the spread of Coronovirus in Uganda.”

In her address, Janet also directed all educational institutions not to levy any extra fees following the resumption of education programs in the current school term and also gave tentative program on when institutions of learning are likely to open.

“’If everything goes according to plan, pre-primary, primary, secondary schools and Primary teachers’ colleges will open for the continuation of term-one on the 27th April up to 12th of June, 2020. Term-two will start on 22nd June,” Janet, who is also the First Lady, said.

The Minister also revealed that there will be no formal tests or exams at the end of term one.

“All the time must be used for teaching-learning. Cumulative end of topic-based results should be used on the end of term report,” Janet said. 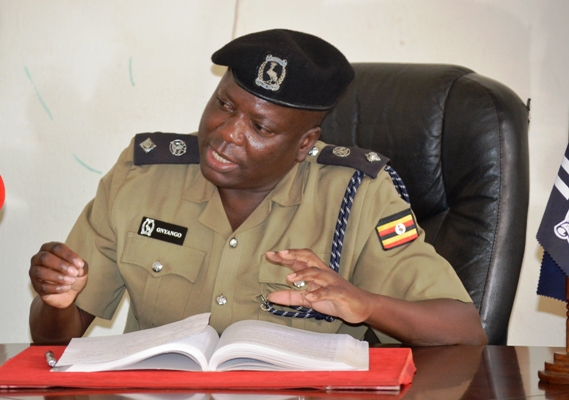