The Bank of Uganda (BoU) has warned banks that the Central Bank will not hesitate to take redress under statutory rate caps if commercial banks don’t reduce lending rates in tandem with the Central Bank Rate (CBR).

CBR is a benchmark lending rate for commercial banks.

In a letter dated July07, 2020 addressed to Chief Executive Officers of commercial banks and the Executive Director of Uganda Bankers’ Association (UBA) obtained by Business Focus, Prof. Emmanuel Tumusiime-Mutebile, the Governor Bank of Uganda, says he is disheartened by the fact that interest rates remain high despite the Central Bank reducing the CBR to a record low 7 percent.

Mutebile reminds banks that domestic economic activity is facing unprecedented decline due to COVID-19 and measures instituted to contain the spread of the deadly virus.

“Businesses and households have continued to suffer the brunt of the pandemic arising from lower demand, lower capital inflows, reduced productivity, unemployment and loss of incomes due to lockdowns and travel restrictions,” Mutebile writes, adding that: “Resumption of pre-pandemic levels of economic activity will be gradual, partly due to dampened external demand amidst the deterioration in global economic sentiment.

To save the economy from collapse, Mutebile says BoU took a number of measures including easing the monetary policy and continues to take other far- reaching steps to provide liquidity to the banking system in order to ensure adequate access to affordable credit by households and businesses.

He further reminds banks that the Central Bank has been pursuing an accommodative monetary policy stance since April 2016.

“It is however, disheartening to see that commercial banks have not reduced lending interest rates in tandem with the reduction in the CBR despite several discussions with Uganda Bankers’ Association (UBA),” a tough talking Mutebile says.

He adds: “The weighted average lending interest rate on shilling denominated loans increased to 18.8 percent in May 2020, from 17.7 percent in April 2020.”

He further reveals that the financial sector is vital in transmitting the monetary policy stimulus to the affected businesses and households in order to hasten economic recovery.

“Moreover, a faster recovery of the economy reduces the likelihood of distress in the financial sector. I, therefore, expect a faster reaction to the CBR reduction by the commercial banks,” he says.

He also applauds a few banks which have reduced their interest rates in line with the monetary policy stance.

“Since BoU has aggressively eased monetary policy with an objective of reducing the cost of credit, lending interest rates should be reduced to levels that are consistent with the current monetary policy stance,” Mutebile says.

In view of commercial banks’ reluctance to heed this call, Mutebile says BoU may take redress to Section 39 (I) (d) of the Bank of Uganda Act (2000) which provides that “The bank may, in consultation with the Minister, by statutory instrument, prescribe-the maximum or minimum rates of interest and other charges which in the transaction of their business financial institutions may pay on any type of deposit or other liability and impose on credit extended in any form.”

This website understands that commercial banks have already reduced their lending rates downwards following this letter.

One thought on “EXCLUSIVE: BoU Orders Banks To Cut Lending Rates To Save Economy From Collapse” 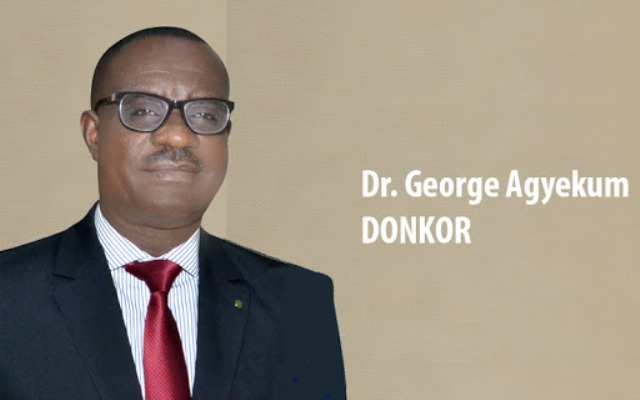 Ecobank Announces New Appointments And Changes On Its Board