The Ministry of Education and Sports committed to deliver a number of pledges in the 2016-2021 manifesto.

As of May 2021, the ministry reports that 145 primary schools with less than 03 permanent classrooms have been expanded to provide an additional 929 classrooms.

Additionally, 23 Community Primary Schools were grant-aided in FY2019/20, 09 semi-detached teachers’ houses were constructed in 09 schools in the hard-to-reach district of Bukwo, 05  semi-detached houses have been constructed at 6 Primary Teachers’ Colleges namely Shimoni PTC, Erepi PTC, Kisoro PTC, Ibanda PTC, Rukungiri PTC, and Ngora PTC; Shs14.53 billion and Shs14.44 billion in FY2018/19 and FY2019/20 respectively was spent on providing instructional and scholastic materials in Primary Schools and a monthly salary of a Primary School Teacher has improved by Shs119,684/- from UGX 380,000/- in 2016 to UGX 499,684/- as of May 2020.

However, to-date 1,112 Parishes and Wards remain without a public primary school.

The ministry also says a Monitoring Grant of Shs2.3 billion is in place to facilitate Local Governments with implementation of recommendations that come from the inspection of Pre-Primary and Primary Schools while all Curriculum for Oil and Gas course modules are now internationally accredited to ensure that the learners who come out of our institutions meet minimum international standards.

The curricula, the ministry says, have now all become competence-based, implying that 70% of the learner’s time is focused on acquisition of practical skills required in the world-of-work and that the private sector is now deliberately involved in designing and developing curricula in order to ensure that learners are trained in trades and skills that are relevant in the world of work.

The Ministry also supported education institutions sports championships including the East Africa Secondary Schools Games which were held in Arusha, Tanzania (2019). Uganda emerged the overall winner with 27 medals (i.e. 11 Gold, 9 Silver, and 7 bronze), Gold medals were won by David Emong in the men’s 1500m T46 World Para- Olympics in London (2019); and, by Joshua Kiprui Cheptegei at the 2019 World Cross Country Championships in Aarhus, Denmark, where he clocked 31min 40sec around the 10.2km-long course.

The Ministry has also embarked on rehabilitating, expanding, staffing and equipping the existing TVET institutions.

In the President of Uganda’s pledge to construct Akii Bua Olympic Stadium in Lira, and Buhinga Stadium in Kabarole district, Government has secured commitment of the People’s Republic of China to finance under grant the construction of the two sports stadia.

Government is also  in the process of procuring consultants to undertake the necessary detailed feasibility studies, and environmental and social impact assessment studies.

Additionally, both Women (Gazelles) and Men (Silver Bucks) Basketball National Teams qualified, for the first time, for the Africa Basketball Championships in 2016.

Gold medals were won by David Emong in the men’s 1500m T46 World Para- Olympics in London (2019); and, by Joshua Kiprui Cheptegei at the 2019 World Cross Country Championships in Aarhus, Denmark, where he clocked 31min 40sec around the 10.2km-long course.

After 38 years of absence, Uganda Cranes participated in Africa Cup of Nations (Gabon 2017) and went up to the knockout stage in AFCON Egypt (July 2019). 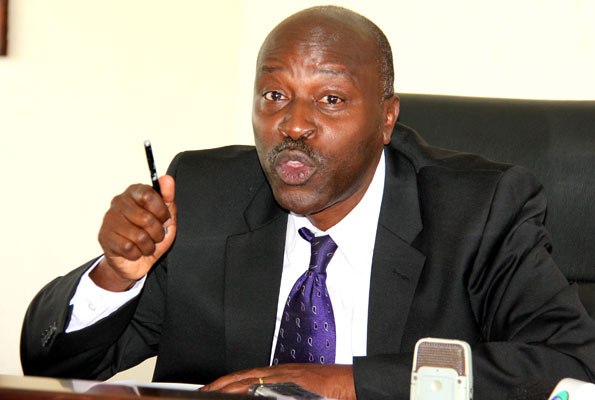