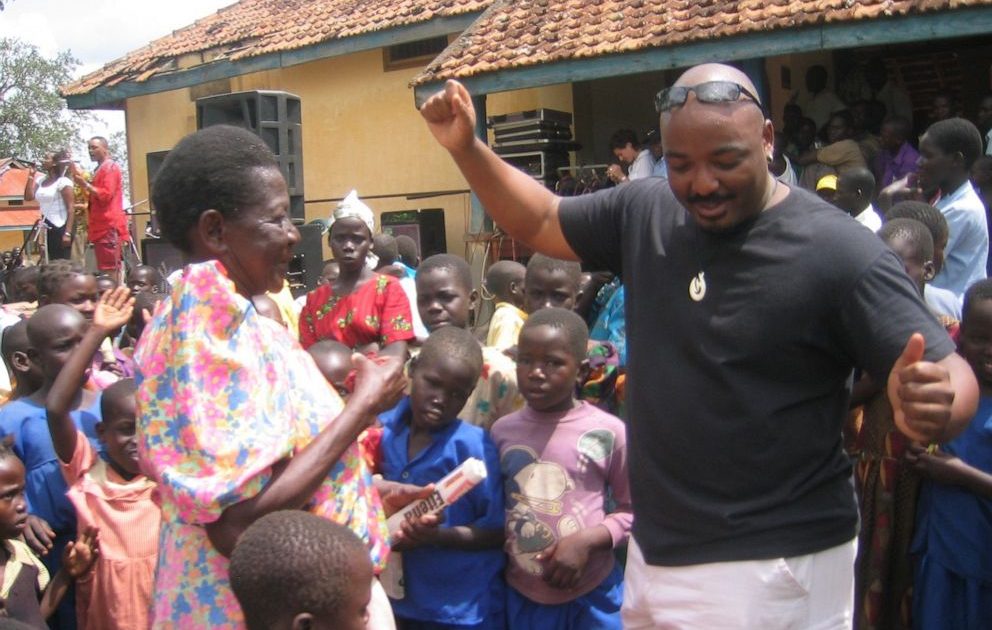 The band’s reception in the rural town of Soroti was lukewarm — a departure from their raucous weekly performances back in the capital.

“We were playing our regular stuff and people were kind of into it,” said Jim Logan, the band’s guitarist. “But it just wasn’t hitting.”

This was in 2003. Logan, a Berklee College of Music-trained guitarist, and his band, the Kampala Jazz All-Stars, had trekked nearly six hours through the East African countryside to play the gig. With more than 1,000 people in the audience, the group’s vocalist, Darrell M. Blocker, had an idea.

Blocker cued the band to play “Stir It Up,” Bob Marley’s reggae hit.

“Everybody got up and danced,” Logan recalled. “He turned the whole thing around.”

Blocker knew how to connect with the audience in Soroti because that’s how the CIA trains all of its operations officers – clandestine agents who work undercover to gather intelligence. The difference, of course, is that most of those skilled operators work in quiet bars or roadside motel rooms – not singing live before scores of adoring fans.

“My clandestine activities were enhanced by being viewed as a singer, because who would ever think that one could be both?” Blocker said. “That is a leap too far for most and I honestly feel that it kept me safer by being in plain sight.”

As a lifelong vocalist, Blocker always felt comfortable in front of an audience. From his local church choir in Hepzibah, Georgia, to glee club at the University of Georgia, he called singing his first love. But Blocker’s lengthy bout as a spy helped him hone that passion, he said, taking cues from his day job to breathe life into his nighttime performances.

“They’re both very intimate…” Blocker recently said, referring to performing onstage and “the art of espionage,” as he calls it. “…Intimate in the sense that, if you are truly paying attention and listening to whoever is sitting across from you, they will know it, and they will know that you’re sincere.”

Blocker, who recently became an ABC News contributor, spent 32 years in the intelligence community, first as an analyst with the Air Force and then in the CIA’s clandestine service as an operations officer, Chief of Station, and Chief of Africa Division, traversing European capitals and African outposts alike. His job, in his words, “was to spot, assess, develop, and recruit spies to help keep our nation safe.” In 1996, during an overseas assignment in Dakar, Senegal, Blocker started playing covers with a pianist from Scotland, a guitarist from Canada, and an American Peace Corps doctor, also on guitar.

“When they played music they were fine, but singing was not their forte,” Blocker said. So he offered up his services. The group had a standing show on Thursday nights at a British club for diplomats, covering anything from Hootie & the Blowfish to Otis Redding. Soon they started playing house parties.

Fast forward to 2003, when Blocker arrived in Uganda for another overseas tour. On Sunday nights in Kampala, the nation’s capital, Blocker visited Bubbles O’Leary’s, a club described by one TripAdvisor commenter as “brilliant for a night out” and “one of the best places to party in Kampala.”

Within weeks, Blocker said he struck up a friendship with Logan, a fellow American and the spouse of a U.S. embassy employee who was the founder and lead guitarist of the Kampala Jazz All-Stars. Logan started the band by happenstance, he said, when he met a bass-wielding Brit on his flight from Heathrow to Uganda in 2001. The two started jamming once they settled in, and found local musicians to join them for gigs.

When Blocker arrived shortly thereafter, Logan noticed him in the audience at Bubbles O’Leary’s mouthing the lyrics to some of their tunes and invited him to jam with them.

Blocker demurred, but over the next few months Logan persisted. Eventually, Logan approached Blocker and told him that Blocker’s then-wife gave the band 15 of his favorite songs, including his “signature song,” as he calls it, Louis Armstrong’s “What a Wonderful World” – and the band had learned them.

Blocker says he rehearsed with them later that day.

Logan described Blocker’s voice as a tenor, “but it was a little bit of a smoky voice that fit well in a band that did a lot of jazz instrumentals.” The group developed a following, playing to a packed house of locals, diplomats, and ex-pats at Bubbles O’Leary’s week after week, according to Logan and Blocker.

“There were maybe a few pop stars [in Uganda] that definitely had better following than we did,” Logan said. “But for a cover band doing jazz, nobody came close.”

“We just blew up,” Blocker added, “to the point that it was starting to get in the way of the reason I was in Uganda” – there simply weren’t enough hours in the day to both meet with assets and keep pace with his band’s demand.

Meanwhile, the band – made up of Logan, two Ugandans, and two Congolese – had no idea their frontman was living and working undercover as a veteran intelligence officer. His official cover was an employee with the State Department assigned to the U.S. Embassy in Kampala. Logan claims to have had “a hunch” Blocker had a secret job in Uganda, but nearly two decades later he was surprised to learn his lead singer was a highly-trained American intelligence official.

“I remember asking him what he did for work, and he had a canned response. Something-something at the embassy. And you just kind of go, come on,” Logan said. “He was super smart, you could tell he was very intelligent.”

Every so often his two worlds would collide. Blocker remembers spotting his assets in the audience during performances.

“You just learn not to show any more interest in them as you would anybody else,” Blocker said. “They know and you know that you avoid each other as much as you can.”

Other times, Blocker claims, his status as a local celebrity served the United States’ national security interests. Blocker said performing on stage “exposed me to a whole lot more people than I would have only met at the diplomatic receptions.”

“So in that sense,” Blocker continued, “my singing expanded my circle of potential contacts to pursue.”

The band got big. So big, in fact, that Blocker started getting recognized. During a rare respite from his busy life in the city, Blocker brought his family to Jinja, a lakeside tourist destination 60 miles west of the Kenyan border. During an ATV tour, Blocker and his family stopped at a mountaintop.

He noticed a young couple eyeing him.

Achieving local fame in Uganda during his two years with the band was never part of Blocker’s plan, and hardly the extent of his vocal career during his decades spent with the agency. By the end of his career at CIA, which ended in 2018, Blocker reckons he performed “The Star-Spangled Banner” at no less than eight U.S. embassies around the world – a responsibility he does not carry lightly.

“That’s a song that I love and it’s a hard song,” he said. “I’m always really, really careful with that song … I don’t ever want to be that guy butchering our national song.”

In August 2019, the CIA honored Blocker with the Distinguished Career Intelligence Medal, one of the highest honors bestowed upon career officers. During his acceptance speech, Blocker named Millicent Mazyck, his high school choral director, as one of the most influential people in his life.

In retirement, Blocker has a saying: “Spying is easy, singing is hard.” 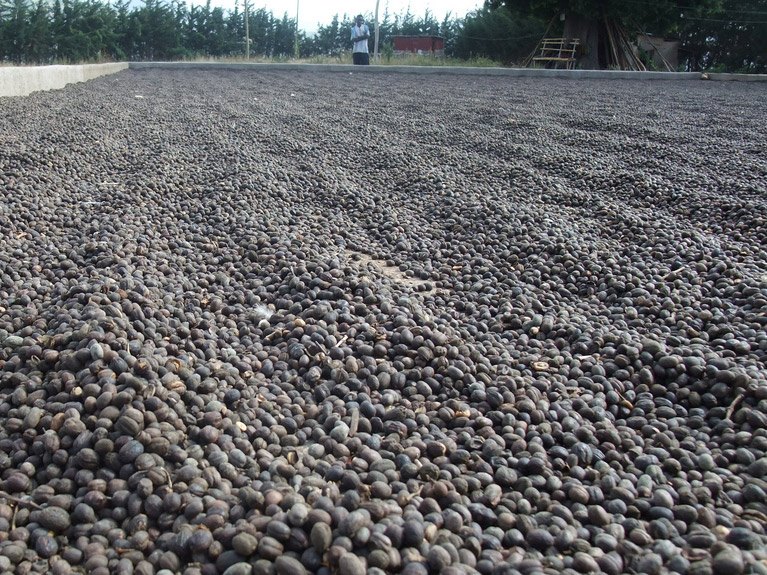 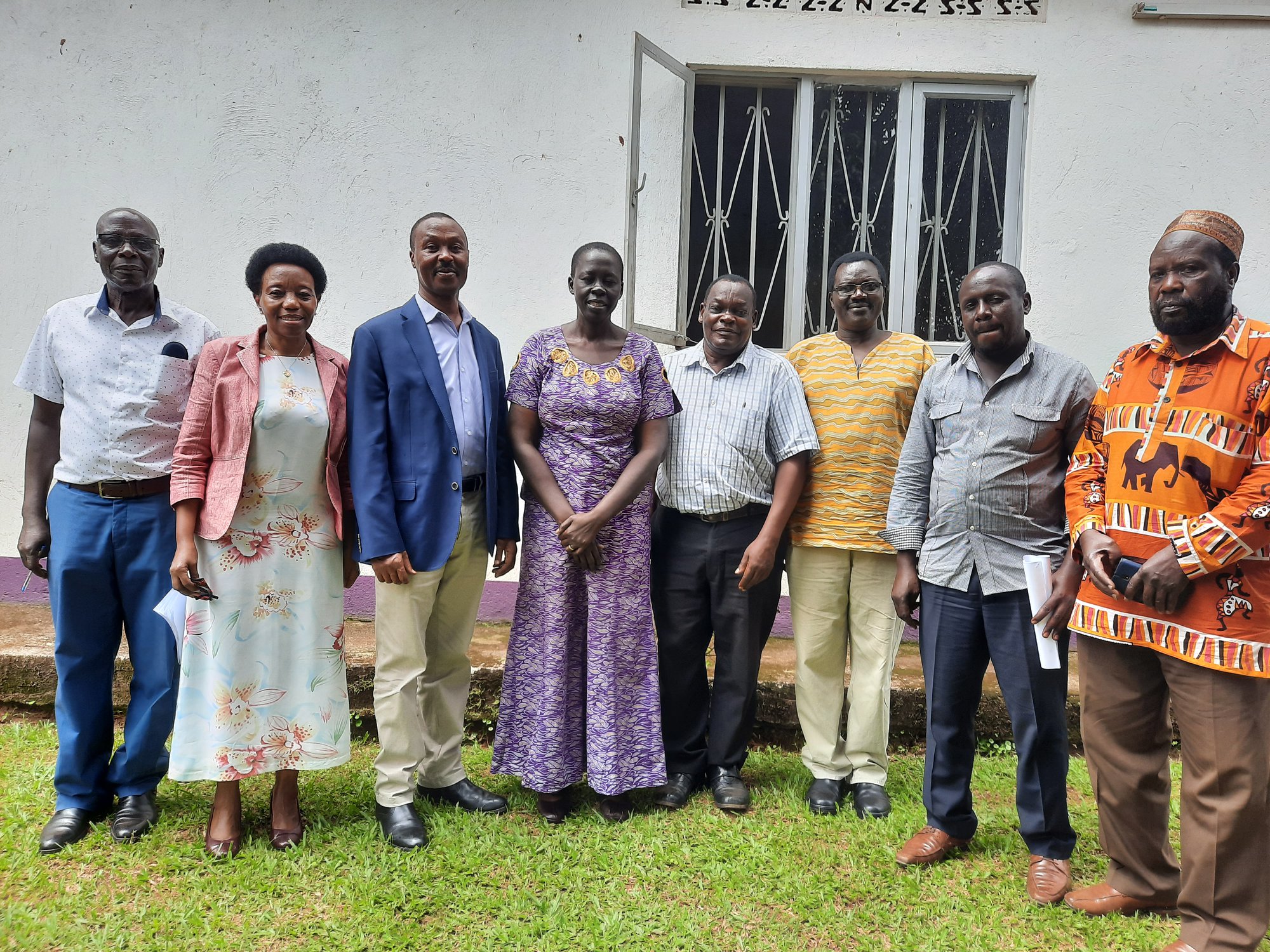 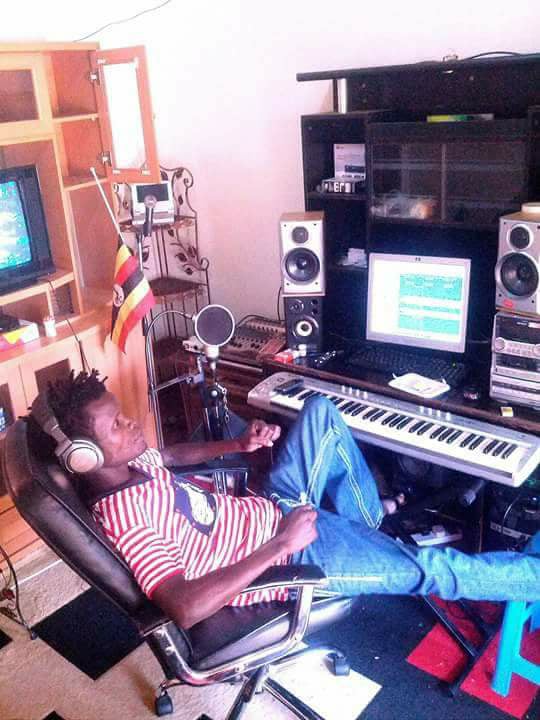