Arise, dfcu bank’s largest shareholder has confirmed its commitment to retain its investment in dfcu Limited in Uganda.

According to Arise Chief Executive Officer, Deepak Malik, Arise has no intention of relinquishing its shareholding in dfcu, as incorrectly reported in the press.

Arise has always been supportive of the growth development plans of dfcu Bank evidenced in the USD 50 million bridging finance it provided to the bank in 2017 to diversify its offerings to its clients and make banking more accessible to the public.

“The partnership between Arise and dfcu speaks directly to the mandate of Arise, which is to collaborate with local Financial Service Providers (FSPs) in Sub – Saharan Africa to boost economic growth through strengthening the banking sector,” Malik said in a statement dated July6, 2018.

“Arise will continue to support any future growth plans of dfcu to contribute to a strong and efficient Ugandan bank, which will promote financial inclusion in the country,” he added.

“Arise is committed to developing inclusive financial systems in Africa and to partnering with sustainable FSPs to strengthen their ability to supply capital and financial services to SMEs, the rural sector and unbanked people and dfcu is an important and key investment of Arise in this development process,” concluded Malik.

Arise B.V became dfcu’s majority shareholder in 2017 after NorFinance and Rabo Development transferred their shares to the Netherlands based equity fund.

The Chairman of the DFCU Bank Group, Elly Karuhanga earlier on stated that the bank is strong and in a better financial position.

“Dfcu bank is on solid ground and with viable investors…The noise around DFCU bank is from envious people. Success can cause envy,” Karuhanga said.

This followed  reports indicating that Britain’s Commonwealth Development Cooperation Group (CDC) was floating to secretly sell off its shares to another offshore company after reaping huge profits in the year 2017/18.

It should be noted that dfcu bank is Uganda’s second largest bank by assets, according to the 2017 financial results.

Its total assets increased to a record Shs3 trillion, up from Shs1.7 trillion in 2016.

It is also the second most profitable bank in Uganda, having recorded an impressive Shs127.6bn net profit in the year ended 31 December 2017, up from Shs46.2bn registered in 2016. 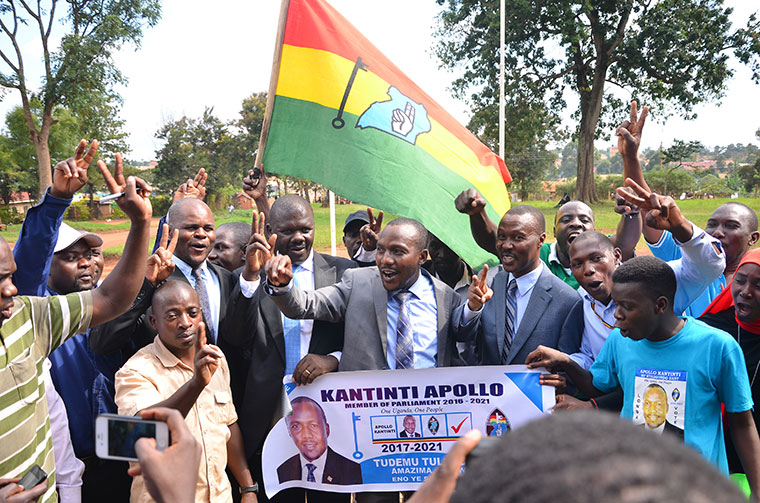 Gaming Bans In Uganda And Kenya: A Sign Of Things To Come?