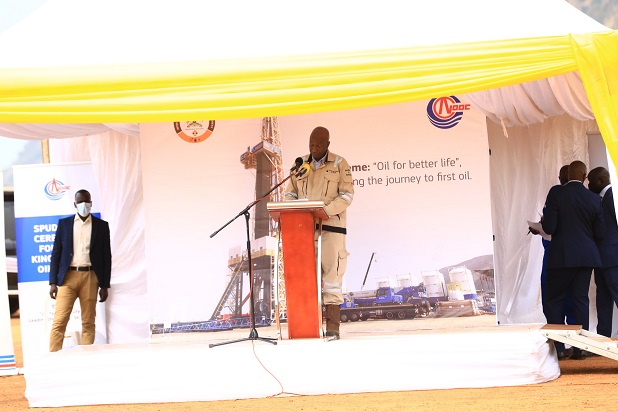 Ernest N.T. Rubondo, the Executive Director at Petroleum Authority of Uganda says about $580 Million (Shs2.13 trillion) is expected to be invested in KFDA in 2023

Ugandans are increasingly benefiting from the ongoing oil activities .

Speaking at the commissioning of spudding(Commencement of Drilling) of Kingfisher Oilfield wells on Tuesday in Buhuka, Kikuube district on the shores of Lake Albert, Ernest N.T. Rubondo, the Executive Director at Petroleum Authority of Uganda (PAU), revealed that the Kingfisher project alone is employing over 1500 people, out of whom, 1,300 are Ugandans and about 500 are from the communities surrounding the project.

“92 contracts totaling close to US$ 1 billion (Shs3.68 trillion) have been approved by the Authority for the Kingfisher project since taking of the Final Investment Decision in February 2022. Out of these, contracts worth US$ 270 million (995.6bn) have been awarded to Ugandan companies mainly in areas of civil works, hospitality management, transportation and ICT,” Rubondo said, at an event presided over by President Yoweri Museveni and graced by Vice President Jessica Alupo, Cabinet Ministers, MPs and industry captains.

“This is mainly achieved through joint ventures. Out of the 30 joint ventures which the Authority has approved, six are being implemented at the Kingfisher project. These are in areas of waste management, civil works, logistics and provision of medical services. These joint ventures which are between Ugandan and international companies are facilitating the transfer of technology to the Ugandan partners in the joint ventures,” he said.

He noted that the Kingfisher oilfield is one of the 21 oil and gas fields which have been discovered in Uganda to date.

It is also among the 14 fields granted a licence for production.

The oil field is expected to have a maximum production of 40,000 barrels of oil per day for five years after which, production will begin to decline.

The drilling rig, which President Museveni switched on yesterday, will be used to drill all the planned 31 production wells of this oil field.

Management of Costs and Economic Analysis

He revealed that investment in development of the Kingfisher oilfield is expected to cost over US$ 2 billion over the next 3 years until shortly after production starts and over US$1.5 billion over the remaining 20 years of the life of the oil field. US$ 346 Million was invested in the Kingfisher project in 2022 bringing the total cumulative investment in the project to US$ 1.07 billion at the end of 2022.

“About $580 Million (Shs2.13 trillion) is expected to be invested in KFDA in 2023 and a similar amount in 2024,” he said, adding that the Authority is regulating costs for this project through approvals of work programs and budgets, approval of procurement processes, and onsite monitoring of the implementation of the work being undertaken.

“The costs to be recovered are finally approved by the Office of the Auditor General,” he said.

In an exclusive interview with Business Focus on the sidelines of the event, Fred Kabagambe Kaliisa, Senior Presidential Advisor, oil and gas and mineral development, said the spudding of the well means drilling the first production well and it is a huge milestone “because we are moving from the era of exploration to the era of developing a real field for production. Therefore, this is a huge excitement and milestone because we are certain that 40,000 barrels of oil will be produced per day here. I therefore support the refinery and pipeline project.”

He said besides jobs, the big number of people employed by the project is a huge opportunity for locals engaged in farming as they have ready market.

He added that the discovery of oil in Bunyoro has opened up new areas that were inaccessible and of less economic value.

“30 years ago, this was a total bush; there was nobody. Out of the bush, we have an emerging city,” he said, adding: “Traditionally, this was a fishing village but it has been opened up. People used to carry fish for many kilometers on their heads. Now cars come straight up to here. In Kaiso-Tonya in Buliisa, all these areas have been opened up. The local people are able to sell their produce, health centres are coming up. That’s good for the population.” 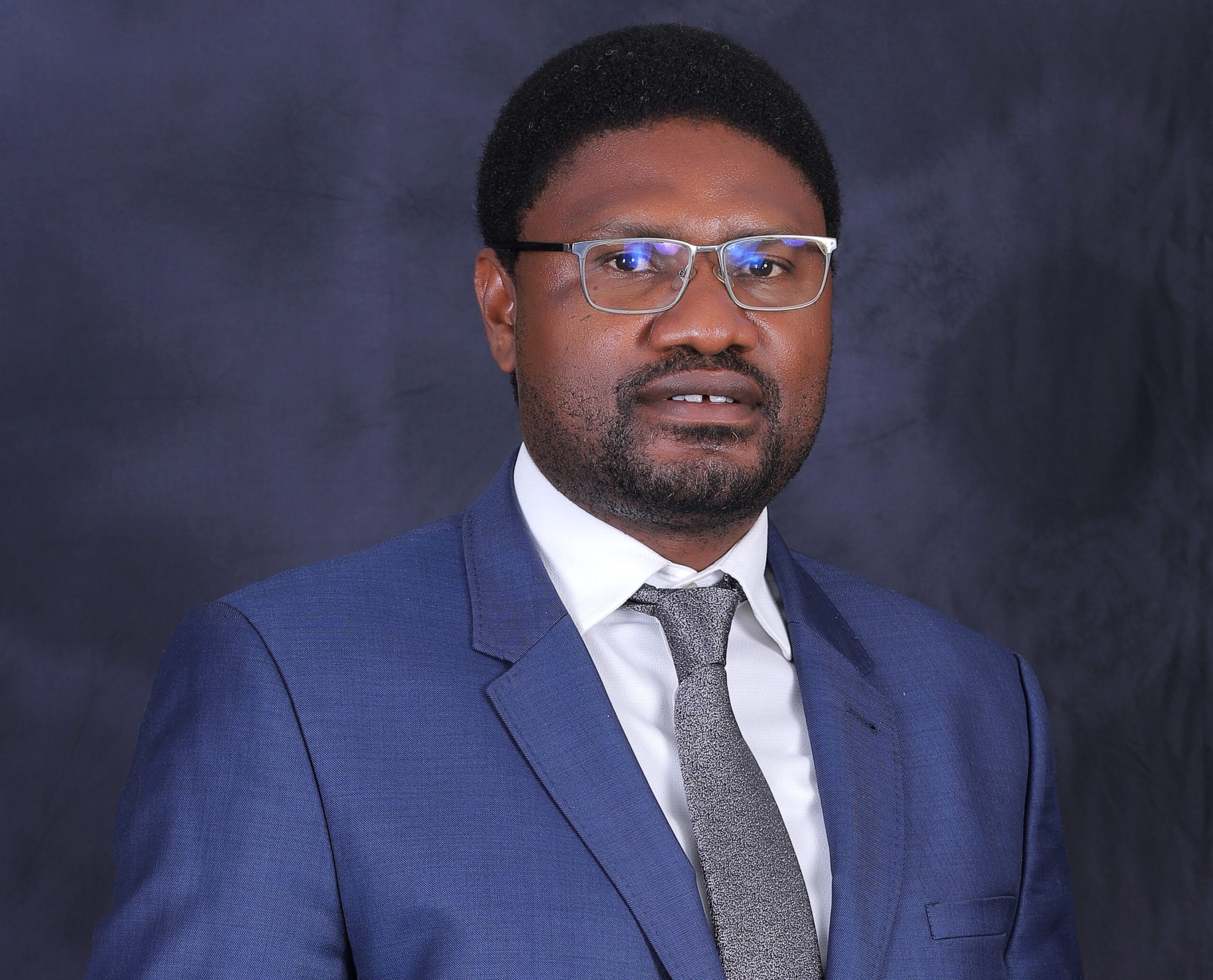 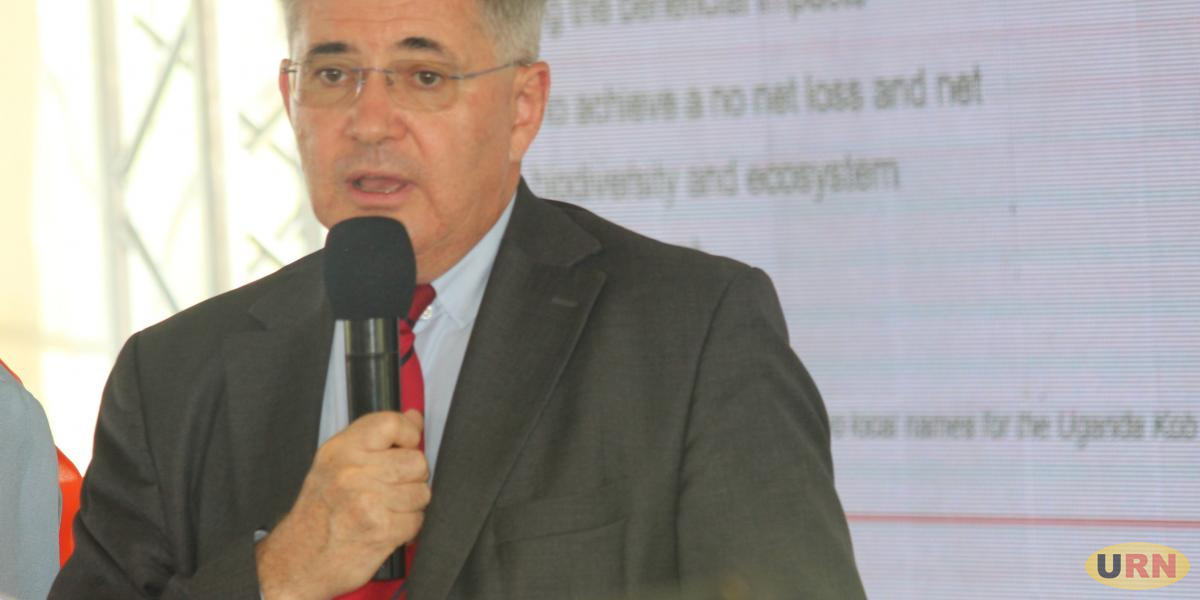 Time For Tilenga: How Ugandans Can Cash in from USD 2 Billion Oil Money