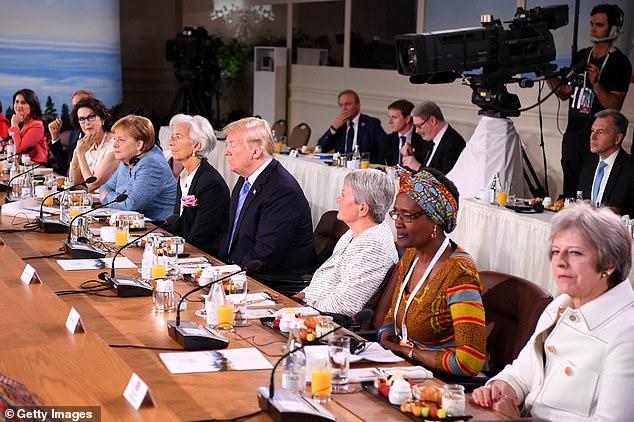 The extraordinary story of how Oxfam is quietly moving its HQ and control of its £1billion aid programmes from Britain to Africa – and has been dragged into one of the continent’s most bitter power struggles – is laid bare today.

She is fast becoming the most powerful female African political figure in the world.

She is the driving force behind the charity’s little noticed recent decision to move its management 4,000 miles from Cowley, Oxford, where it was launched in 1942, to Nairobi, Kenya.

Oxfam International – which is registered in Britain as a ‘foreign company’ and is not answerable either to the Charity Commission or the British Government – has also seized control of the running of Oxfam’s global aid schemes funded by its £915million annual income, nearly half of which comes from the UK.

At a time when Oxfam is still reeling from the scandal in Haiti, where aid workers used prostitutes and indulged in sexual harassment, the move has caused concern among some MPs and aid experts.

And this week a surge in complaints from Oxfam staff and volunteers about sexual harassment following the Haiti disclosures was reported.

A squirming Mr Goldring floundered – and was forced to announce his resignation soon afterwards.

It is no surprise Ms Byanyima retained her grace under fire.

She has the guerrilla fighter credentials of another Winnie, Mandela, though unlike chilling Winnie M, charming Winnie B gets her way by diplomacy and intelligence.

OI has abandoned Oxford for a gleaming new office block in Nairobi, which it shares with corporate giants IBM and Nestle and is surrounded by foreign embassies.

Ms Byanyima and her ‘Secretariat’ can spend their lunchbreak in Nairobi’s Yaya shopping mall where there are 100 shops and trendy cafes, far more cosmopolitan than Cowley.

Ms Byanyima, who has left her Oxford home and now lives in Nairobi, flies between OI offices in New York, Washington and Brussels, and rubs shoulders with Donald Trump and Theresa May.

She had talks with IMF boss Christine Lagarde at its recent Indonesia summit.

Oxfam staff are in awe of Ms Byanyima.

‘She is incredibly impressive,’ said one.

‘Once Winnie put her weight behind the move to Kenya it was a done deal,’ said another. ‘She is a regal figure – and not just in Africa.’

Oxfam says a ‘handful’ of OI’s 180 staff have gone to Nairobi but won’t say how many will join them when the transfer is completed next year.

Some posts will go to Kenyans. Oxfam claims no UK jobs have been lost, though some sources dispute this.

Kenya is a controversial choice for a charity struggling to put its house in order. According to anti-corruption watchdog Transparency International, out of 180 nations it is the 37th most corrupt; Britain is the eighth least corrupt.

There were protests in Kenya last year over the £50,000-a-year wages of the country’s MPs compared to the average wage of £1,000 a year.

Some were claiming £15,000 a month in mileage allowance.

The UK Charity Commission is one of the world’s strictest watchdogs. Oxfam says its new HQ answers to the Kenyan foreign ministry.

One of the worst cases of sex abuse by Oxfam aid workers in Haiti involved Raphael Mutiku, a Kenyan from Nairobi, who has denied any wrongdoing.

After failing to act over sexual harassment claims against him by female Oxfam staff in 2010, later, when he was accused of using prostitutes at his Oxfam villa, one of his bosses joked: ‘Can he turn off his libido I wonder?’

The mystery over Oxfam’s Kenya move has been fuelled by Ms Byanyima’s secret Memorandum of Understanding and Host Country Agreement with Kenyan president Uhuru Kenyatta.

Oxfam says it gives it ‘tax relief’ on its HQ and ‘goods imported for official use’ but no ‘personal tax benefits’ or ‘immunity against law breaking’. It refused to give further details.

One aid expert said: ‘By cutting their tax bill in Kenya, Oxfam is depriving Kenya of cash to build its own schools and hospitals itself. Charity leaders rage against private companies which avoid tax.’

At face value she and President Kenyatta are not natural allies.

She is a passionate human rights campaigner; he was accused by the International Criminal Court of crimes against humanity for allegedly inciting election violence in 2007 in which 1,200 Kenyans died.

She runs big aid projects; he says Africa should ‘give up aid’ because it hinders progress.

When Mrs May visited Kenya in August, Kenyatta complained she was the first British Prime Minister to visit for 30 years and appeared deliberately to forget Boris Johnson’s name.

Most intriguing of all is Ms Byanyima’s complex, lifelong political relationship with Uganda’s president Yoweri Museveni.

In the 1980s she fought alongside him in guerrilla war that saw him seize power.

Museveni fell out with Besigye, who became Uganda’s opposition leader and has fought and lost four elections to him – with wife Winnie at his side.

She is a member of her husband’s Forum for Democratic Change party.

Besigye fled the country claiming his life was at risk. When he returned Museveni tried and failed to jail him on rape charges.

But Ms Byanyima’s political fortunes continued to thrive in Uganda and beyond, rising to become United Nations ‘Gender Development’ director in 2006.

Cynics said that Museveni helped her, a claim she denied, while admitting she still met him in a political capacity.

Now, in another twist, it is said she is plotting to succeed him as president of Uganda herself – with her new HQ in nearby Kenya a convenient launchpad.

In a recent BBC interview she said she would be ‘honoured’ to lead her nation. Challenged about her ‘long personal relationship’ with Museveni and whether it was ‘in conflict’ with her Oxfam duties (it has big aid projects in Kenya and Uganda), she showed a rare flash of anger – apologising for doing so.

But she could not control her ire. Museveni had no right to ‘entrench himself in power’ and it was Oxfam’s – and her – job to ‘energise citizens in defence of his assault on Uganda’s constitution’, she said.

It was the call to arms of Winnie the African bush fighter – and worlds away from the UK Charity Commission’s non-political rule.

A former UK Cabinet minister with experience of overseas aid said: ‘When British donors give to a British charity they do so with a sense of assurance it is regulated by the Charity Commission. It is hard to see how this can happen if Oxfam is run from Kenya.

‘You could create a British ‘badge’ for a charity , then run it from abroad with little or no control. Oxfam has questions to answer.’

Tory MP Nigel Evans, a member of the Commons International Development Committee, said: ‘Ms Byanyima should devote all her energies to the charity, not use it as a platform for a political career in Africa.

‘It is crazy for Oxfam to move to Kenya, which is riddled with corruption and brutally persecutes gays, when it should be cleaning up its act after Haiti.

‘It should have stayed in Britain. There has been a coup. They should rename it Kenfam.’

Since moving to Nairobi Ms Byanyima has stepped up her involvement in Ugandan politics, accusing Museveni of ‘insulting’ workers.

Recently, she posed as his friend, urging support for his bid to head a new East African leaders’ talking shop to help Uganda’s ‘transition’.

It was seen by some as a ruse to ease out Museveni.

In 2015, she led a debate at the Davos World Economic Forum in Switzerland on the ‘haves and have nots’. Ms Byanyima and her husband can identify with both.

They own a farm in Uganda, where Ms Byanyima spends holidays, and their son, Anselm, attended Choate Rosemary Hall in Connecticut, one of the most expensive private schools in America.

Ms Byanyima herself received a university education in Britain having been given refuge here in the 1970s as a frightened teenage girl who had fled the Ugandan regime of Idi Amin.

Cold and almost penniless, the first thing she did was to buy a coat in an Oxfam shop.

When Oxfam’s move to Kenya was announced, Ms Byanyima made a revealing comment about its British roots. It had only ever been in Oxford ‘for convenience’ she said, before adding: ‘The British public is not losing its famous Oxfam! They will continue supporting it led from Africa not Europe.’

With confidence in Oxfam among the generous British public already at an all time low, Ms Byanyima cannot be sure of that.

Oxfam said last night: ‘OI moved its Secretariat to Nairobi to be closer to the people we exist to help. We tackle poverty in the global south and it is important our HQ is there.’

The Nairobi office was ‘the cheapest option’, it said.

Agreements with the Kenyan government ‘do not give OI immunity against breaking the law’ and Oxfam ‘deliberately did not ask for personal tax or any other benefits for staff’.

Oxfam’s tax relief from Kenya was no different from tax relief offered by the British Government to UK charities and meant more aid reached the poor.

Oxfam added: ‘Winnie Byanyima is an active commentator on her country’s issues, but has not lived in Uganda for 14 years and has no intention to run for election.

‘Winnie is a Ugandan passport holder. She lives in Nairobi. She has family property in Uganda and returns there for holidays.’

While Oxfam GB is registered with the UK Charity Commission and answers to the British Government, OI is registered in the Netherlands as a ‘foundation’ – charity – and files its accounts there.

Oddly, it is registered in Britain as a foreign company, not a charity, and not registered with the Charity Commission.

Oxfam said the only regulatory change regarding OI’s switch to Nairobi is that it ‘has a new accountability to the Kenyan government under a Host Country Agreement’.

It declined to give full details, saying the Kenyan government had not published the HCA.

Oxfam later claimed OI had taken charge of ‘staff management’ of all aid projects, not the entire programmes.

The switch of power from Oxfam GB to OI is part of the charity’s ‘One Global Oxfam’ campaign. But the behind the scenes tensions it has caused at Oxfam GB can been seen in its annual report last year.

Tellingly, it said: ‘This process has been challenging as it involves Oxfam GB giving up power. In the past we managed, spent and accounted for the money we raised from the British public and institutions.

‘Now we share this responsibility with others and act as a partner rather than a manager.’

The Charity Commission confirmed OI is not registered with it.

A commission spokesman said that in a recent investigation shortly before the Haiti scandal into claims of sexual harassment by Oxfam staff, it asked Oxfam GB to safeguard staff where it had ‘shared responsibilities, in particular with Oxfam International’. 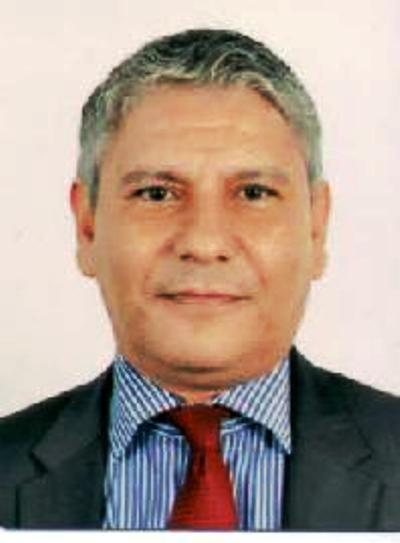 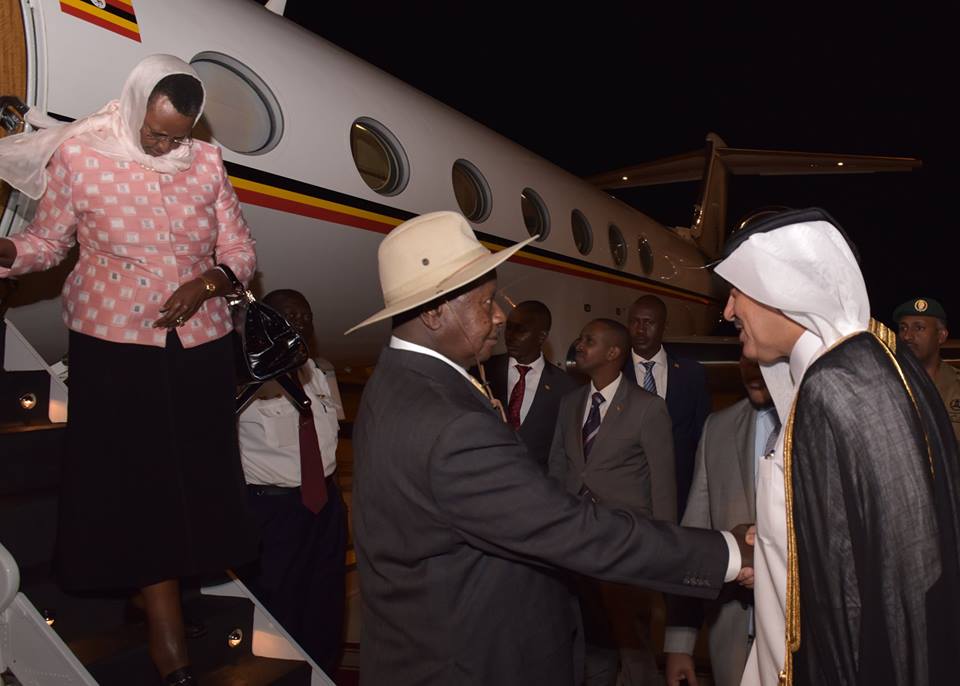 REVEALED: Why M7 Is Visiting Qatar