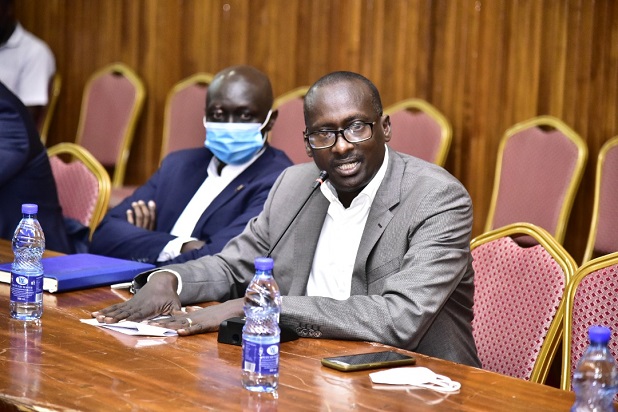 Parliament’s Committee on Commissions, Statutory Authorities and State Enterprises (COSASE) has ordered all suspects named in the Shs2.3Bn Kagadi land scam to produce their bank statements and telephone printouts dating two years after the witnesses kept contradicting themselves in the testimony.

During the interface before the Committee, businessman Warren Mwesigye pinned Peter Amara, son in law of Natalia Namuli, the purported owner of 516 hectacres of land in Kagadi for receiving Shs318M money, paid in the denominations of 50,000 notes and it was carried out of Social Security House in a brown bag.

Mwesigye told the Committee that he didn’t know Natalia Namuli, but rather knows Amara Peter as his business partner, who called him and the two met at National Theatre and introduced him to Namuli who claimed to have a land claim with ULC but her compensation had taken ages, and wanted to sell off her claim.

He said: “On 25th July 2020, that is when we met at the lawyer’s office, they signed the documents, I gave them their money and they went away. They told me they had given their lawyer instructions and relevant documents to follow up on the compensation. So we negotiated the price, I moblised funds and gave them Shs318,750,000.”

When asked to respond to the allegations that he had alongside Namuli received the money, contrary to his earlier submission denying receiving the money, Amara maintained that he never met Mwesigye at National Theatre and neither did he receive the money.

“I wish to decline, I didn’t meet him on that very day neither was I even in Kampala on 21st July or even National Theater, if there are CCTV they can cross check. He said when we met, we discussed and negotiated before we met the lawyer, but that time, the lawyer hadn’t even given the lawyer instructions from Namuli, so which assurance did the lawyer give to Warren in order to start raising money,” said Amara.

In his earlier testimony, Amara had accused lawyer Richard Buzibira as the person who introduced Mwesigye into the deal, yet the lawyers had claimed it was Amara that came with Mwesigye to buy off their interest to the claim.

The back and forth arguments angered the Committee, prompting Joel Ssenyonyi (Nakawa West) to accuse the witnesses of trying to engulf Parliament into state of confusion, thus directed Amara, Mwesigye, Buzibira and lawyer Kyle Lubega to furnish Parliament with copies of their bank statements, telephone print outs and the Committee vowed to extract CCTV footage from Social Security House that is home to Lubega and Buzibira Company Advocates where the deal was hatched.

Ssenyonyi who also doubles as Chairperson COSASE also accused lawyer Buzibira of threatening his banker not to issue out his bank statement to Parliament in relation to this investigation.

However, Buzibira denied these accusations prompting Ssenyonyi to direct the team to produce their bank statements as Parliament battles with court to secure these documents from their respective banks and telecom companies.

The Committee also learned that Buzibira was the legal representative to both Namuli and Mwesigye, something the Committee deemed problematic, questioning whose interests he fronted during the transaction.

Ssenyonyi however fired back saying, “Even if I were not a lawyer, it would still not make sense. You are talking about the matter not being contentious, matters usually become contentious much later not at the time of signing the agreement. What if a dispute arises like it has arisen because the vendor who is your client says they never received the money and the purchaser said he paid the money, how then do you become a neutral party?”

Buzibira said in case of a contention, he would be a witness not counsel to either party.

When Santa Okot (Aruu North) asked Mwesigye which bank was able to lend him money within three days to a tune of Shs318M during the lockdown, he denied getting a loan rather said that he sold his agriculture produce to raise the funds and trucks were moving during that time.

The Committee continues its probe into the matter and key on the agenda would be the witnesses producing their bank statements and telephone printouts for the Committee to scrutunise them alongside the documents obtained through the various court orders parliament has filed in High Court.

Gov’t Vows Not To Declare State Of Emergency, Postpone Elections Over COVID-19 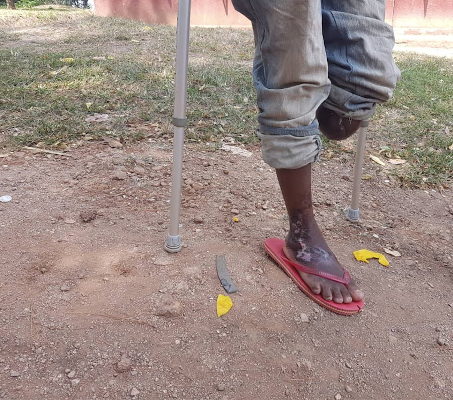