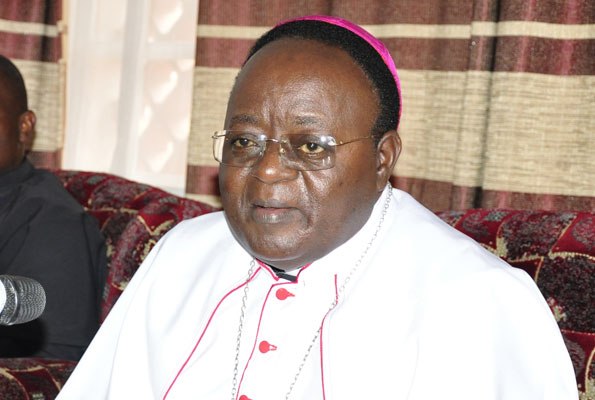 The Archbishop of Kampala Archdiocese Dr. Cyprian Kizito Lwanga was found dead on Saturday 3rd April in his House.

Lwanga died in his room at Rubagal on April 3.  The medical team that carried out the post-mortem stated that he died of Ischemic heart disease after a blood vessel leading to his heart failed to transmit blood due to a clot that had occurred.

On Wednesday during the council sitting, KCCA Speaker Abubaker Kawalya said Dr Lwanga should be remembered for his tremendous contribution to the growth of Centenary Bank, renovation of Namugongo Marty’s Shrine and founding the Wekembe Microfinance Village Bank.

The council suggested some roads that should be renamed in memory of Lwanga. They include Tank Hill road in Nakawa Division and Gogonya road.

The road was suggested by the councillor from Makindye Allan Nshimye who said the road leads to major Catholic institutions in the country.

The council meeting also resolved amidst protest from some members that a road should be named in memory of the late Hajj Musa Katongole, the founder of Uganda Taxi Operators and Drivers Association (UTODA).

However, the City executive committee was tasked to identify a road.

Nsereko says council needs also to appreciate and recognize people while they are still alive.

Last year council resolved to name Dastur Street in Central Division after former City Mayor Nasser Ntege Ssebaggala. However, the council was told that the technical team at KCCA has not yet effected the decision.

The decision to name Dastur was taken last year as the KCCA council paid its last respects to Ssebaggala.