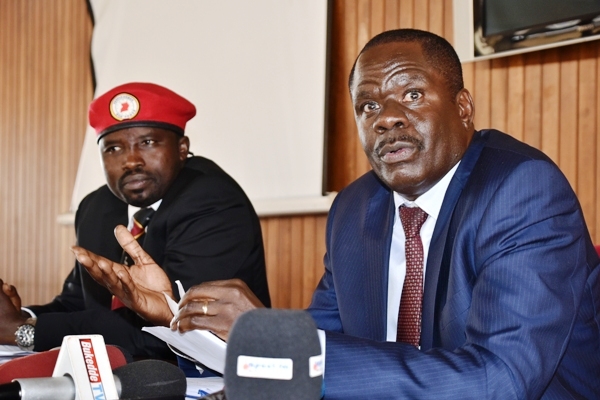 A section of NRM Rebel MPs have fired back at the Party’s Secretary General, warning her against orchestrating plans to front President Yoweri Museveni as a sole candidate in the 2021 polls, saying the move goes against the democratic principles of the ruling party.

Led by  Dr. Sam Lyomoki, the Workers’ Representative and  James Acidri, the Maracha East MP, the lawmakers  challenged the Secretariat’s 2021 election road map, noting that it only  highlighted plans for primaries in all elective positions, leaving out the Presidential race.

The MPs made the remarks while addressing the press on Tuesday at Parliament.

It should be recalled that last week, NRM launched the party’s ‘Key milestones for the 2019-2021 General Political Roadmap’ in which the Secretary General made public the electoral roadmap and also revealed NRM’s plan to uphold President Museveni as a sole presidential candidate for 2021.

In his letter to Lumumba, Lyomoki cautioned her against abdicating her place in history by charting that path of sole candidature describing such a ploy as a nonstarter, offensive and untenable at this time in Uganda’s history.

“The only legitimate and noble thing to do for the country at this historic moment is to preside over a smooth transition of power at the highest office and within the party abandoning self-interest but if such a duty is too complex, heavy and glorious for you to discern then you should at least accord a free, fair and transparent democratic process within the party for all candidates to all party positions,” Lyomoki said.

He added that  as a person who is committed to the revival of NRM and having subscribed as number fifty of the promoters of the NRM, he was speaking on behalf of the majority of the 20million silent and ignored members of the NRM party.

He said that the ignored majority will do everything within their means to defend their destiny, posterity, rights and the constitution including pursuing this matter to its logical conclusion in courts of law.

“In case you close all avenues within the party structures and in case you compromise the courts through power of incumbency of the beneficiary and the behind-the scenes author of your maneuvers, I will be forced be present myself to all the Ugandan voters as the legitimate party candidate representing the 20million silent majority at the grassroots,” Lyomoki said.

The Workers Representative said an attempt not to hold free elections for presidential flag bearer goes against Article 139 of the NRM Constitution which stipulates that all members who meet the legal requirements shall be eligible to become candidates for NRM at various levels and there will be primaries held for every elective post in the party.

Lyomoki also cited Deuteronomy 1:6,2,3 where God one time had to tell the children of Israel: “..you have been in this place for too long…no more…”!

“There is always an end and beginning to every worldly leadership. We sense this is the season for a divine turning point in Uganda and as NRM we have been on this mountain of sole candidate and the related transactional leadership for too long and it is now time to move on to transformational leadership for our time has come,” he said. 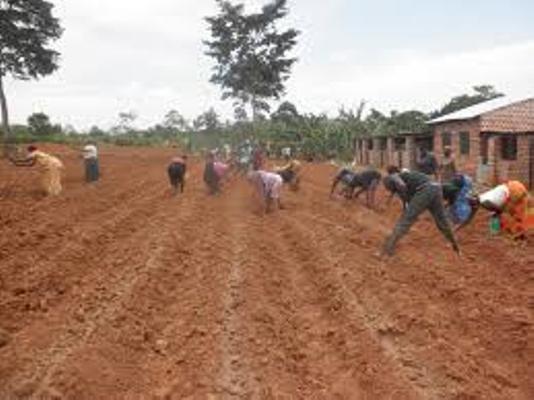 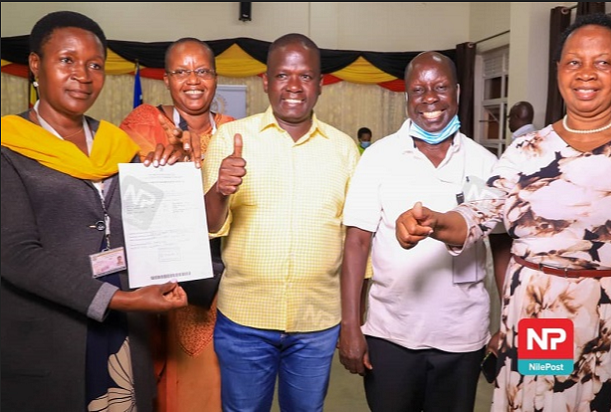