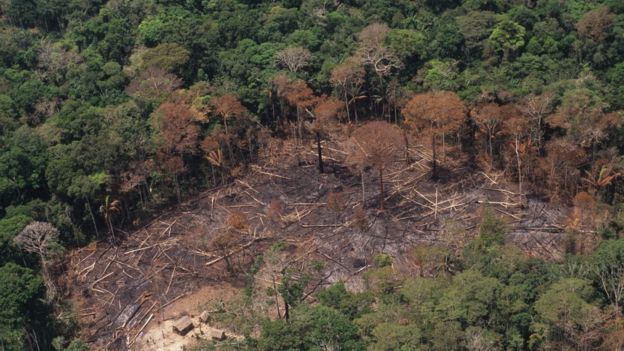 The National Forestry Authority has lost Over 40,000 hectares of the central forest reserve land in Kayunga district to private developers, the Bamugemereire led Commission heard on Tuesday afternoon.

Leo Twinomuhangi, the NFA Policy and Planning Coordinator told the Commission that in 2017, several developers approached NFA with tittles they had acquired for land in Kayunga district.


Others are Winfred Kajeke, Wonderful Property Consultants and the family of the late Yakobo Wahangane among others. Twinomuhangi says that the forests have been destroyed.

He says that the encroachers used heavy truck machinery like bulldozers to destroy the forests, adding that those behind the destruction appear to be more powerful than those claiming ownership.


He told the Commission that although the plantations are fronted as belonging to individuals and small companies, the old sugar factories seem to be the ones behind the plantations.


Twinomuhangi says that in 2015, NFA learnt about some individuals who had acquired tittles over the reserves. They wrote to Kayunga District Land asking them to deal with the illegal land tittles that had been issued over the land.

He says that their plea was not granted and instead developers came to them in 2017 flagging tittles, saying they wanted to develop their land.

Twinomuhangi says that Lands office did not listen to NFA. He further accused Kayunga District Lands of issuing tittles without conducting proper surveys of the land and search to establish encumbrances.

Twinomuhangi accused the court of also playing a part in the loss of the natural resources. He says that while investigating the case, court paid a visit to the site and was exposed to the boundaries but issued orders in favor of the developers.

The Commission Chairperson, Justice Catherine Bamugemereire also decried the manner in which court conducted itself. She wondered how court could issue an injunction to an individual blocking the Authority from executing its mandate in such a manner.


Meanwhile, the former Kitimba Sub county Chief, Farida Namunsi, who acted on the lands alongside the area land board, confessed that the board didn’t conduct a proper search of the land before recommending that it be issued to developers.

Namunsi couldn’t explain under what mandate she worked as part of the land board and instead apologized. She however revealed that she had received a communication from the then Resident District Commissioner, Yahya Were asking her to handle the matter with urgency.

She says Were told her that Kayunga Sugar works needed the land urgently and that state house had high interest in the matter. She also revealed that a gentleman named Emmanuel Ssekimpi came with Shillings 500,000 as facilitation for the work from the RDC.


Namunsi used the money to tour a few areas of the land alongside other land committee members and gave each of the four members 100,000 Shillings.

Libya: UN, Canada and UK mark the International Day for Mine Awareness and Assistance in Mine Action