Efforts to revive Nakumatt, which was once Kenya’s biggest retail chain, have failed, Daily Nation reports.

The Nation has learnt that the chain has now sold what was left of the six branches to rival Naivas Supermarket in a deal that will see the Nakumatt brand completely disappear by the end of the year.

After it went into financial ICU, the retail chain shut down dozens of its stores to keep afloat. It left six stores open to keep its dreams alive. These were Nakumatt Mega — which was the most profitable branch for years — Nakumatt Prestige, Lavington, Kisumu, Embakasi and Nakuru.

The Nation visited its Nakuru branch over the weekend and found the supermarket clearing its stock to allow Naivas to take over.

The outlet did not look anything close to a supermarket preparing for the shopping craze that comes with Christmas.

Nakumatt staff, who were counting on its revival, said they gave up after they were informed that Naivas would be taking over their space within two weeks.

The six branches were expected to help the retail chain as it went back to the drawing board to rewrite the wrongs, pick up the pieces and bounce back having learnt from its mistakes. But, it appears, this dream did not work too.

“They have simply made a strategic exit with Naivas picking the branches at a consideration. A bank has also put up its Mombasa Road head office for sale. Basically, it is a done deal… sad reality,” a source familiar with the retailer’s operations said.

Mr Atul Shah, the face of the family-owned business established in 1987, was counting on the six outlets to restore the firm he grew from scratch into an East African retail giant.

Besides the staff, its suppliers and creditors will be the worst hit by the turn of events. Those who gave the store Sh6 billion in unsecured financing will have a difficult Christmas season given that they may never get back their money.

At its peak, Nakumatt employed about 6,500 staff and paid billions of shillings in taxes.

It had 62 branches across the region with 45 in Kenya, nine in Uganda, five in Tanzania and three in Rwanda. Its revenue grew from Sh40 billion in 2013 to a peak of Sh52.2 billion in 2017. Then its financial problems became public.

Due to a host of reasons, the retailer began experiencing serious cash-flow issues in 2016. It was just a matter of time before it was unable to meet its financial obligations to landlords, suppliers, and staff.

It was downhill for the Shahs. Sales growth the following year dropped by 66 per cent to Sh14.8 billion as a result of branch closures and reduced sales due to reduced stock.

Its most recent audit put its fixed assets at Sh4.9 billion and had net working assets of Sh4.2 billion.

By the time it went into administration, it owed Sh40 billion and if all its assets were to be sold to repay its debts, it would have sunk with over Sh30 billion.

That is why it pushed for the appointment of an administrator to help it sail back to shore and hopefully start repaying its debts.

To keep hope alive, the retailer tried out a pilot project in four outlets where the landlords had given an assurance to the company that they would not shut it out.

The company reportedly paid for all the supplies provided to it during the said pilot project. This was the argument in court that won it the application to have Mr Peter Kahi appointed as an administrator.

In the light of the successful pilot project, the company expressed the view that if its branches were kept open for three months, it would be able to start paying the arrears while sustaining payments of current debts.

But this experiment, too, has now failed and nothing can save it. 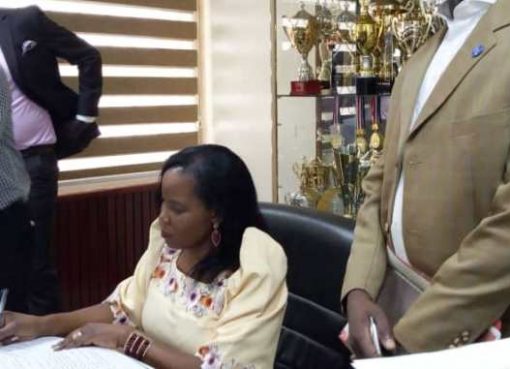