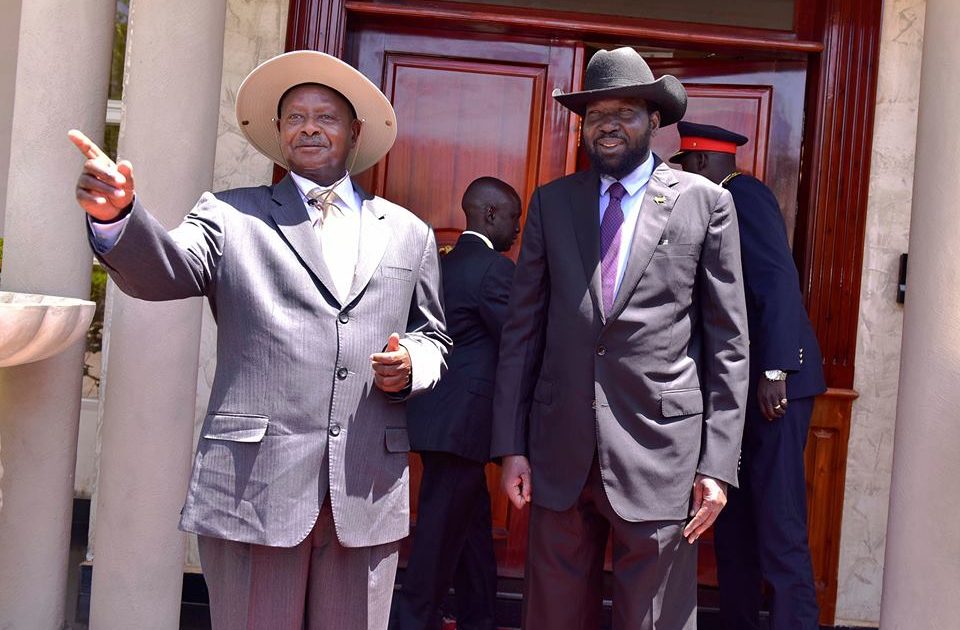 Uganda’s President Yoweri Museveni has advised warring factions of the South Sudan People’s Liberation Movement (SPLM) to drop violence as a means of conflict resolution, saying it is inappropriate.

“When it comes to a political disagreement like we have here (South Sudan), we must have a scientific approach to its resolution,” said President Museveni.

The colourful function, punctuated with music and dance, was held at the Freedom Hall in Juba, under the theme, “Together for Peace, Reconciliation and Unity”.

President Museveni, who addressed the gathering in his capacity as Mediator in the South Sudan Peace Process and Chairman of the NRM Party, equated force to surgery, saying it should be the last resort to “removing a tumour”.

“If you use the knife to cut anyhow, you cease to be a surgeon, you become a butcher. Revolutionaries should know that violence is only for enemies. What enmity is there among the people of South Sudan?” he asked.

Whatever the political differences, President Museveni said South Sudan leaders should embrace dialogue and work towards having national elections.

“Some people have been coming to Uganda. Malong (Paul) and others. They come and talk to our people. They want to start a war because they claim Salva Kiir is being controlled by some elders. But should that be cause for war?” said the President.

Gen Malong, who had been Army Chief since January 2014, was sacked in May last year. Early last month, he announced he would launch a rebellion against the Juba regime.

President Museveni, however, advised that the violence option be dropped, instead saying leaders should work for peace.

“If there is mismanagement, work for peace then prepare for elections. You then resolve everything through the vote. Use the ballot to punish those who have misbehaved,” said President Museveni.

He said arguments like an unbalanced army composition, which was being used by opponents of elections, could be resolved by the SPLM recruiting soldiers on quota basis.

In the address, that lasted over half an hour, President Museveni also cautioned “experts” who claim to work for peace in Africa and yet end up exacerbating the conflicts.

He noted that unlike the developed world where society stratification is horizontal and political groupings are based on either propertied interests (Conservatives) or workers interests (Labour), in pre-industrial societies the stratification is vertical and parties that work ahead of time should be supported.

“Some of these parties say although society is vertically separated, the future belongs to nationalism and Pan-Africanism. They have futuristic ideas,” said President Museveni.

He cited the SPLM as one such Party, saying it acknowledges that if the people of South Sudan are to be prosperous, their future belongs together.

“In Congo in 1960, we had Patrice Lumumba whose Party was forward-looking. The Western countries came in and killed Lumumba that he was Communist. They got rid of him because he was not a puppet. They then put a puppet leader. Since then, the UN is in Congo,” he said.

The starting point for any political Party, advised President Museveni, was to have a healthy political ideology.

Drawing from the American example of the Continental Army of George Washington that emanated from the” No taxation without representation” before leading to the American War of Independence, President Museveni said a good political idea would cause followership and ultimately victory.

The President also scoffed at voices that have been opposing Uganda’s involvement in efforts to pacify South Sudan.

“When this crisis came up, some people were saying Uganda is undesirable. It should not come here. But these are our neighbours. When things go wrong, refugees don’t go to Brussels, they come to Uganda,” he said, receiving a tumultuous applause from the delegates.

President Museveni said he could not turn down the opportunity to help SPLM reunite after President Salva Kiir asked him to help, revealing to the gathering that he had on Wednesday night held a meeting with Mrs Angelina Teny, wife to Dr Riek Machar.

“She said she had rehabilitated me. That I am now not such a bad person,” he said, with the assembly breaking into laughter.

“I am happy to see efforts moving well. SPLM siting together is critical for South Sudan stability. Unlike other countries in conflict, there is no vaccum in South Sudan. You have a strong party that got 98% in the referendum,” he added.

“What we should do is bring back the SPLM first then bring others also. Once you have a strong party, then you move to the issue of ideology. This is diagnosis of society’s problem and if you do so wrongly, then your prescription will be wrong,” said President Museveni.

He tasked the SPLM to thoroughly debate the question of interests against identity, but guided that ultimately the former supercedes the latter.

BACKGROUND
President Museveni has been at the heart of efforts to stabilise South Sudan, severally inviting warring SPLM factions to Uganda and chairing meetings aimed at reconciliation.

In July last year, three factions of the SPLM signed the “Entebbe Declaration” meant to operationalise the 2015 Arusha Agreement on the reunification of SPLM.

The factions were SPLM in government, those in opposition and one representing former detainees.

The July 2017 meeting followed an earlier one in May where the factions met in Entebbe and formed a working committee to actualize the Arusha Agreement.

In January 2015, President Salva Kiir and then Vice President Riek Machar signed an agreement in Arusha, Tanzania overseen by then host President Jakaya Kikwete, where they committed to end all hostilities.

However, a year later, in July 2016, Juba was thrown into chaos when troops loyal to the two principals opened fire on each other. Resultantly, Machar fled Juba and declared a fresh round of insurrection.

However, one section of SPLM-IO led by Gen Taban Deng Gai stayed in Juba, opting to work with President Kiir. Gen Gai is currently First Vice President of South Sudan.

MOVINGAPPEAL
Meanwhile, the Secretary General of the SPLM, Jenna Nunu Kumba, received prolonged applause when she made a passionate appeal to the men of South Sudan to stop fighting.

“I beg we rise above our past and above our differences. Be mindful of the beautiful children that we, your wives, have produced for you. For their sake and our sake, just make peace,” she appealed in a speech where she chronicled the journey of SPLM reunification.

“We did not liberate country just to destroy it. We did not fight the war as tribes but as people united by a common goal of liberation,” she added.

The three-day conference will climax with an endorsement of a revised matrix towards full reunification of SPLM, a document prepared by the working committee whose work is overseen by President Museveni. 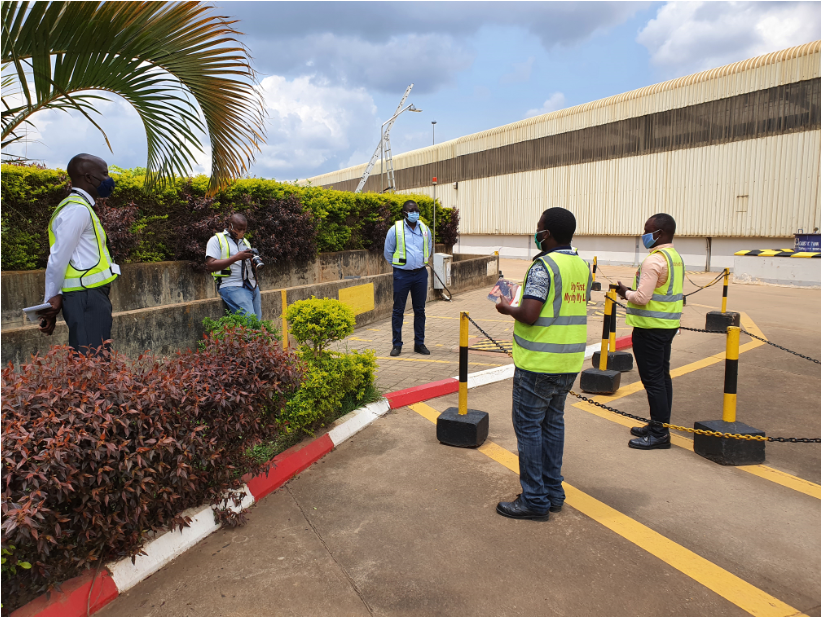