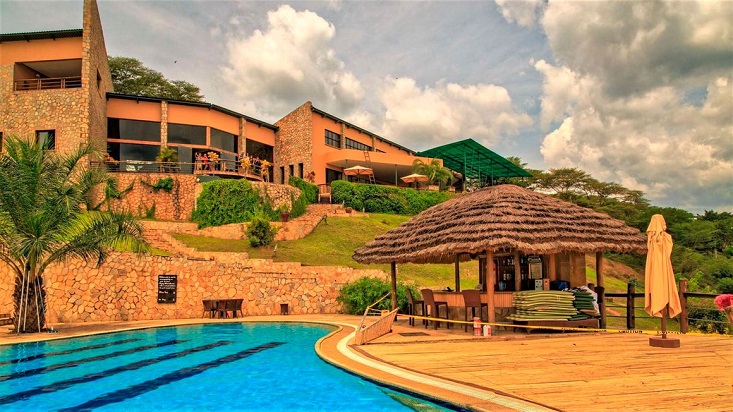 There is increased interest among Kenyan tour operators to venture into the Ugandan travel market as Kenya’s tourism sector goes regional.

Every year thousands of Kenyans cross over to Uganda for both business and leisure tours, making Kenya one of the most reliable source markets for Uganda’s travel industry.

Already, a number of Kenyan travel companies have set up shop in the capital Kampala as they hope to expand their operations.

Adventure tourism, cultural tourism and eco-tourism are the main attractions in Uganda, which is also the source of the Nile, the world’s longest river.

Notably, 75 percent of Uganda’s tourists are from African countries. Kenya, its eastern neighbour, accounts for 50 percent of all arrivals.

It was barely surprising then when more than 4,000 Kenyans crossed the border to attend the popular Nyege Nyege festival last week, the highest number of any nationality.

In Kampala’s vibrant nightlife, Kenyan revellers – including at Kenyan-owned clubs – are a common feature, partying the night away with their Ugandan counterparts.

To strengthen the destination’s appeal, Uganda Tourism Board (UTB) last week hosted a group of Kenyan tour operators for a familiarisation tour of the country’s attractions, a visit that was also designed to provide business support and possible partnerships.

The visit by a host of Kenya’s leading tour operators, among them Hemingways Travel, Imagine Africa Tours, Gamewatchers Safaris, Muthaiga Travel, and Zaira Tours is the clearest demonstration yet of the growing interest in the Ugandan market by Kenyan companies.

They also interacted with hotel owners and tour operators from Uganda, Tanzania, and Rwanda with the aim of boosting cross-border tourism.

Like Kenya, Uganda offers a wide array of flora and fauna to watch in its parks and sanctuaries. The dramatic landscape of hills and lakes adds to the thrill for travelers.

One the highlights in this destination is the rare experience of watching wild animals aboard a boat along Kazinga Channel, a 32-kilometre stretch of water that enjoins lakes Edward and George at Queen Elizabeth National Park in western Uganda.

For the adrenaline adventure seekers, Uganda offers white water rafting experiences on the source of River Nile in Jinja.

‘‘Uganda may not have as many animals as Kenyan parks do, but we pride ourselves for having a population, however small, of each of the different animal species found across the region,’’ says Lilly Ajarova, the chief executive of UTB.

On why there is surging interest by Kenyan tour operators in the Ugandan tour market, Jackie Njambi, a travel consultant at Muthaiga Travel, explains: ‘‘They (operators) are now more aware that Uganda is one of the destinations not to miss out for their clientele, hence the rush to tap the market.’’

Whereas both Kenya and Uganda have similar biodiversity, chimpanzee and mountain gorilla tracking in the latter’s parks gives it an egde. ‘‘These are obvious attractions for many Kenyan clients,’’ says Ms Njambi.

Rashid Hussein, the CEO of Zaira Tours, says Kenyans travelling to Uganda constitute the bulk of his clients. And to seize this growing business opportunity, Hussein has recently had to expand his company’s operations to Uganda, by setting up an office in Kampala.

‘‘The business we receive for Uganda is overwhelming. Kenyans love adventure tours.’’

Then there is the scenery and food diversity, according to Eliud Oyalo, the product director at Imagine Africa Safaris. ‘‘Uganda has one of the most beautiful landscapes in the region,’’ he says.

Uganda’s geography is made up of 165 lakes, including fresh water lakes and crater lakes, constituting nine percent of Africa’s lakes – compared to only 64 in Kenya.

Kenyan travel consultants concur that the Ugandan domestic tourism sector remains largely untapped, describing the situation as a gap for new players in the market to fill.

Says Ms Njambi: ‘‘Generally, international tourism in Uganda has increased due to the greater impact of globalisation.’’

Yvonne Muteru, a travel consultant at Gamewatchers Safaris, describes Uganda as ‘‘one of the most unique natural, cultural and historical attractions in Africa and the world.’’

Her company also hosts pilgrimage tours. ‘‘With 45 million people and 52 indigenous tribes, Uganda has for years been a popular cultural destination. Performances at Ndere Cultural Centre in Kampala are a must-see for visitors,’’ she says.

‘‘The Namugongo Martyrs Shrine is an epicentre of religion. Most spiritual travellers who want to trace the journey of their faith visit Uganda and walk through the journey of the martyrs in their remembrance. We do not have this kind of experience in Kenya,’’ Oyalo says.

Indeed, records from UTB show that pilgrimage and apostolic tourism tours account for a significant number of travelers to Uganda.

Leading sites for religious tourism include Martyrs of Munyonyo Shrine, Namugongo Martyrs Shrine, Gadaffi Mosque and Baha’i Temple at the heart of Kampala.

The Namugongo Martyrs’ shrine, for instance, brings in visitors from around the world to learn and pay tribute to the martyrs, mostly teenage boys, who were butchered by Kabaka Mwanga II of Buganda in the 1800s.

Mwanga II was a ruthless king who was opposed to entry of new religion in his kingdom. Converts of Islam, Christianity and other religions were tortured and burned alive.

There are also those like Ms Njambi who believe this market is friendlier to players. She explains: ‘‘Uganda has lower travel barriers compared to other key [regional] markets such as Kenya.’’

Even so, most top hotels in Uganda have only international rates, which most locals cannot afford, Mr Oyalo notes.

‘‘There need to be separate rates for the East African market and for the international markets to boost numbers.’’

The director adds that designating seasons as high and low would allow budget tourists from the region to plan their travel to Uganda accordingly.

Through such collaborations, players in both markets are expected to design collective products and packages for tourists from across the region to explore, according to UTB.

‘‘As we position ourselves as the Pearl of Africa, there is the uniqueness in the different experiences and diversity that we offer to complement what the rest of the region offers,’’ says Ms Ajarova.

‘‘It is necessary that our markets work in a complementary arrangement. Uganda can supplement what Kenya does not have as we supplement when they lack. This way, we will be able to give our travellers a fulfilling experience.’’

One such experiences is the mountain gorilla tracking, an experience that Kenya does not have, says Mr Hussein. ‘‘Many Kenyans find it cheaper to do gorilla tracking here (Uganda) than having to travel to Rwanda and the Democratic Republic of Congo (DRC) which are farther.’’

The two Central African countries too offer gorilla tracking experiences, even though Uganda boasts the largest population of the primates. For tour operators such as Mr Hussein, this challenges the three destinations to develop ‘‘competitive packages, with travelers as the biggest beneficiaries.’’

The interest by Kenyan tour operators is also a product of aggressive promotional campaigns in recent years by Ugandan authorities.

Last year, UTB rebranded to reposition the country as a leading tourism destination in Africa under the banner ‘‘Explore Uganda, The Pearl of Africa.’’

This initiative has seen Uganda’s profile as a destination rise dramatically both regionally and internationally.

The East African country is now banking on this revived brand identity to boost tourist numbers as the global travel industry recovers from shocks of the Covid-19 pandemic. 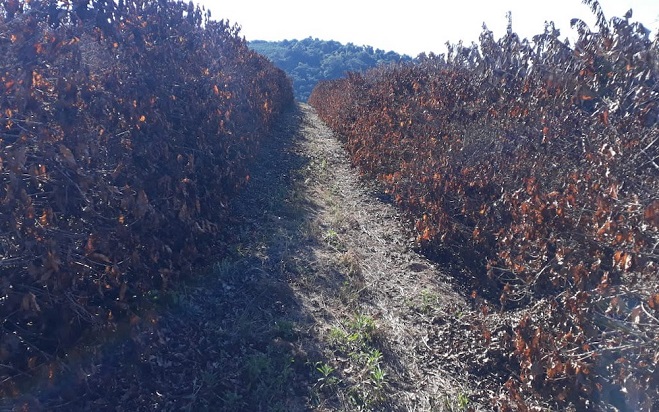 Brazil: The Country That Makes Breakfast For The World Is Plagued By Fire, Frost & Drought 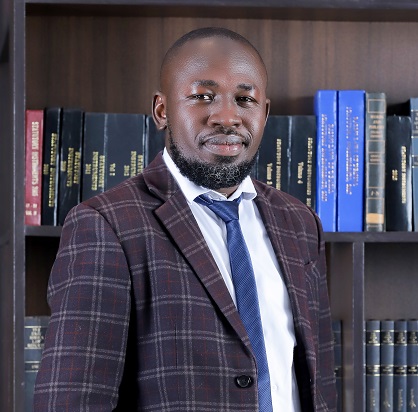 Govt Is Delicately Balancing Both Environment And Oil Activities 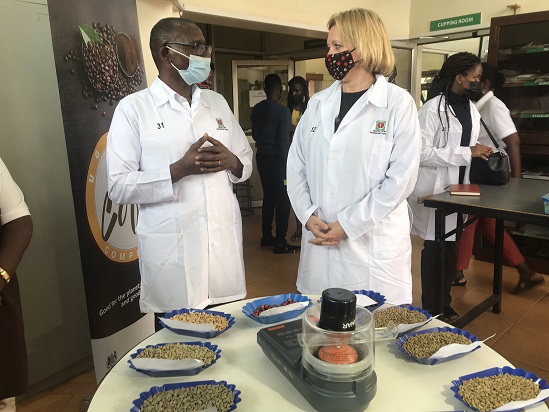