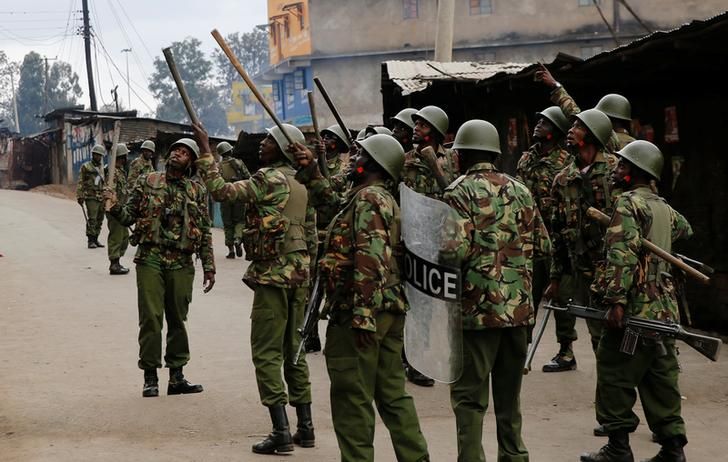 Kenyan police beefed up security on Friday ahead of an expected announcement that President Uhuru Kenyatta has won re-election, despite allegations by opposition leader Raila Odinga of vote-rigging.

Opposition leaders repeated their claims of fraud but mainly appealed to supporters to remain calm. Kenya-based diplomats called for patience, and said any complaints must be channelled through the courts instead of onto the streets.

Police stationed extra forces at the airport in the western city of Kisumu in a bid to forestall any protests. The city is in a province that is Odinga’s stronghold.

“We are securing the airport so people can get in and out,” Kisumu County police commissioner Joseph Keitany told Reuters. “We are only putting vehicles in certain areas we deem to be hotspots.”

Nairobi, the capital, was largely quiet, with little traffic and many businesses closed.

The dispute has raised fears among Kenyans of ethnic and political clashes of the kind triggered by a presidential election in 2007, when 1,200 people were killed. Kenya is the leading economy in East Africa, and any instability would be likely to ripple through the region.

The election commission may announce a winner from Tuesday’s vote on Friday afternoon. Provisional results have shown the 55-year-old Kenyatta, vying for a second and final five-year term, with a 1.4 million vote lead.

Odinga is a member of the Luo, an ethnic group from the west of the country that has long said it is excluded from power. Kenyatta is from the Kikuyu group, which has supplied three of four presidents since Kenya gained independence from Britain in 1963.

Odinga ran in – and lost – elections in 2007 and 2013, both of which were marred by irregularities. Both times he alleged fraud. In 2007, he called for street protests, while in 2013 he took his complaints to court, quelling potential violence.

International observers on Thursday gave the thumbs-up to this week’s election, and U.S. ambassador Robert Godec issued a statement on behalf of the diplomatic community calling for the election commission to be given time to complete its work.

“If there are disputes or disagreements, the Kenyan constitution is very clear on how they are to be addressed. Violence must never be an option,” he said on Friday.

“Now is the time for leaders, across the political spectrum, to demonstrate their commitment to (the) constitution and to the institutions it creates and the values it sets out.”

Odinga’s next move, should Kenyatta be declared the winner, is not clear. So far, he has not called for protests.

While reiterating claims of fraud, most members of his coalition echoed appeals for peace.

“We call on all Kenyans to remain calm and vigilant as we wait for a just conclusion of this process,” John Mbadi, a senior opposition leader, said in a statement.

But David Ongili, a youth leader recently elected into parliament, told reporters he was ready to do “anything humanly possible” to ensure Odinga became president.

“My only regret is that I can only die once,” he said.

Four people were killed in election-related violence on Wednesday but demonstrations have mostly been brief and isolated as the country waits for official results.

The election commission is nearly finished collecting and posting online official forms signed by party agents from each of the country’s 41,000 polling stations and 290 constituencies.

The paper forms are a back-up system in case candidates call the electronic tallies into question. Odinga has said “most” of those forms posted online are fake, although his party has not yet supplied evidence.

As well as a new president, Kenyans also elected new lawmakers and local representatives. Some of those races have also been disputed.

On Thursday, the main market in the eastern town of Garissa was set on fire when a crowd protesting the result from the governor’s race tried to set a petrol station ablaze.

Trader Ahmed Mohamed said his stall had burned down and two of his workers were injured when groups of men clashed using machetes and stones. 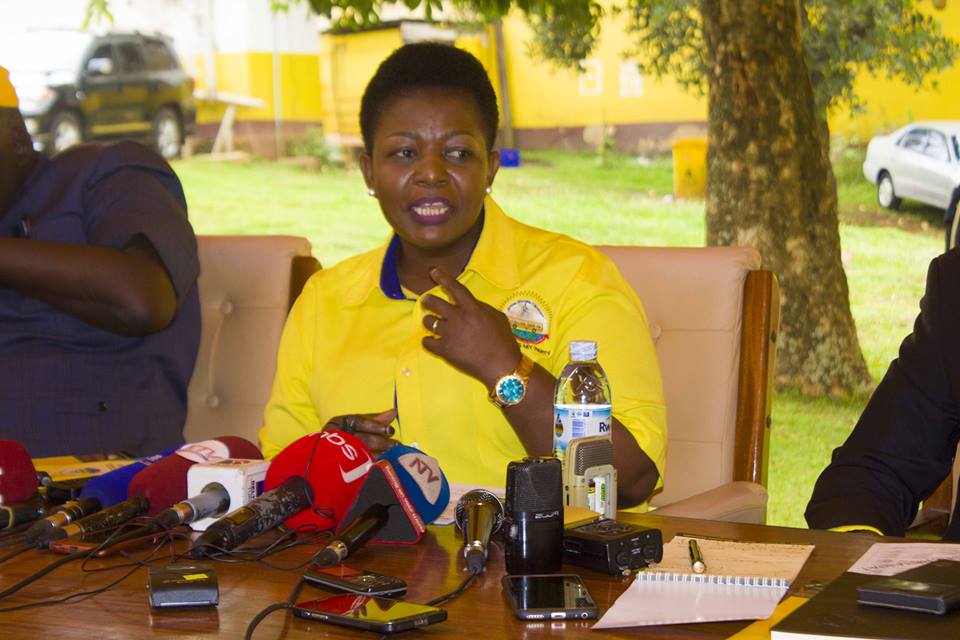