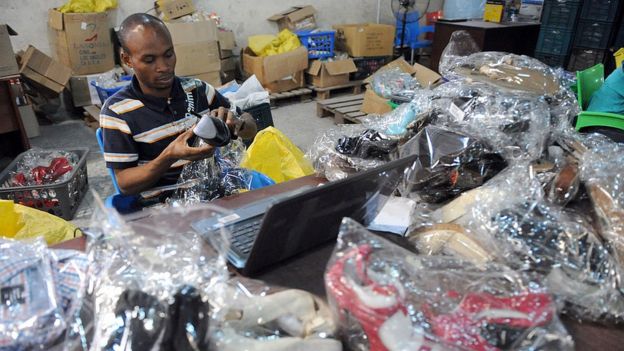 A year after its much heralded debut on the New York Stock Exchange, e-commerce start-up Jumia has shut down in three African states, struggled to turn a profit and got dumped by its original owners, writes former BBC Africa Business editor Larry Madowo.

The two CEOs of Jumia announced earlier this month that they were taking a 25% pay cut to support the online retailer manage costs during the coronavirus pandemic.

In 2019, the duo and the company’s chief financial officer collectively earned $5.3m (£4.27m) in base salaries and one-time bonuses. But Jumia’s losses rose 34% to $246m, the eighth straight year without profits.

A silver lining arrived with lockdowns that shut down much economic activity but led to a surge in online shopping. Before the rush, the African online retailer had ended last year with 6.1 million active consumers on its websites, up from 4 million previously.

The two Frenchmen who run Jumia as co-CEOs, Jeremy Hodara and Sacha Poignonnec, reduced their salaries just days before the first anniversary of its initial public offering (IPO) on the New York Stock Exchange (NYSE).

When it listed last April, Juliet Anammah walked up to the security check-in tent outside the world’s most famous stock trading venue.

Another woman standing nearby snapped a photo of a large banner draped over the front of the iconic building emblazoned with the Jumia logo reading: “The 1st African tech start-up to be listed on the NYSE.”

“I’ve worked on Wall Street for 25 years and I’ve never seen an African banner there,” she told Ms Annamah, then the firm’s country CEO in Nigeria.

Jumia is a three-headed online giant: a marketplace with one billion annual visits largely dominated by third-party sellers, a logistics arm that handles shipments and deliveries, and a payments platform.

Ms Anammah led her colleagues in ringing the bell above the trading floor of the stock exchange at exactly 09:30 on 12 April 2019.

“There was no champagne later to celebrate. We’re still a start-up,” she remembered recently at her office Lagos.

It would not last. Within a few weeks, Jumia’s stock suffered a spectacular decline, weighed down by allegations of fraud and concealed losses, a scathing report by a notorious short-seller, embarrassing fraud lawsuits in New York courts and a public relations disaster over its identity.

The share price sunk to an all-time low of $2.15 last August and has not budged.

The company exited three of its 14 country markets – Rwanda, Tanzania and Cameroon – in quick succession and tried to chart a path to profitability.

A week before its first birthday on the stock market, its original owner, German technology investor Rocket Internet, dumped its entire 11% stake, further knocking the wind out of Jumia’s sails.

“Jumia’s first year on the NYSE is a proper reflection of the value of the company,” says Rebecca Enonchong, a Cameroonian tech entrepreneur and a critic of the firm.

“The hubris of the IPO has led way to the reality of a bad business model. The stock price, hovering under $3, is a reflection of that.”

Jumia’s IPO was billed as a coming of age story for the continent’s nascent start-ups, but it arrived on Wall Street just as the market’s patience for unprofitable unicorns started wearing out.

The American e-commerce giant Amazon, to which it is often compared, took six years to become profitable, but eight years after its launch, Jumia is still struggling.

That bad news capped a tumultuous year for the company, praised and derided as “the Amazon of Africa”.

“Their business is still fundamentally broken, they have no way out,” says Olumide Olusanya, an early competitor of Jumia’s in Lagos.

The entrepreneur, who went into business after quitting his job as a doctor, thinks it is burning too much cash too fast in a low-margin market.

“It is practically impossible to work. I don’t envy the guy running the business.”

In 2019, Jumia’s fulfilment expenses were $1.6m higher than gross profit. That means Jumia paid more to ship and deliver to buyers than it earned.

Dr Olusanya suggests the main reason Jumia listed on the NYSE was to allow its investors to cash out.

“They collected money. After several years, you’re thinking of how to return the money to them. If I had an outlet, I would also do the same,” he says.

Mr Hodara scoffs at that, saying that the company needed to raise money.

“This is called capital markets for a reason,” he responded in an interview in New York recently.

“It was the right time and the right place to list to bring the business to the next level, bring more visibility and give access to a new set of shareholders and investors,” he added.

But Jumia’s public claim to African-ness is tenuous because its headquarters are in Berlin, Germany, its Technology and Product Team in Porto, Portugal, and its senior leadership in Dubai in the United Arab Emirates (UAE).

Critics see it as an exploitative Western company that conveniently co-opted an African identity to extract as much value as possible and profit off the continent.

Mr Poignonnec, the co-CEO, ignited a major storm when he claimed in a post-listing interview on pay television station CNBC that Jumia’s engineering team is based in Portugal because Africa lacks the talent.

“The reality is that in Africa there are not enough developers. We know that. And we need to collectively address that,” he said last April.

And Mr Hodara, answering the now obligatory questions regarding its distributed workforce, says: “We have our tech team in Portugal because this is where we have a good set-up with hundreds and hundreds of developers all in one place so very practical because we’re on the same time zone.”

“We are one among many companies to have a few people in Dubai because of ease of travel. There is no African city that is as connected to the rest of Africa as Dubai,” adds Mr Hodara.

Jumia’s country leaders insist that it is an African company and the majority of its employees are in fact African.

“For me, it’s about who was this company set up to serve?” says Ms Annamah, who is now chairwoman of Jumia Nigeria.

“It’s completely African, look here, these are all Africans here,” she says, pointing to the large open workspace outside her office.

But the leadership at country and group levels was mostly made up of Westerners, some of whom were completely new to Africa.

“The truth is that the people at the top are definitely not African in any shape or form,” admits Akua Nyame-Mensah, a former managing director of Jumia Classifieds in Ghana and Nigeria.

“But that’s not a bad thing. There are a lot of companies on the continent that are doing amazing things and have an impact that are not led by Africans.”

She is now an executive coach and strategic adviser but still holds Jumia stock options.

‘Put Africa on the map’

For Mr Hodara, a German base made sense because a European corporate structure could attract funding from investors more easily than an African one.

“What matters is where our consumers and sellers are,” he says.

“Personally, I want the company to be here in 50, 100 years to continue to be part of the life of our consumers and sellers every day, make them successful and make more money. We want to build a lasting business.”

However, Ms Enonchong does not see a profitable future for Jumia.

“Their real founders, that is Rocket Internet, don’t see one either apparently, since they sold all their shares.”

Dr Olusanya expresses a similar view, but credits it with making history in Africa’s internet landscape.

“They put Africa on the map. Nobody ever thought that you could build a business in five to six years that could get listed on the NYSE,” he says. 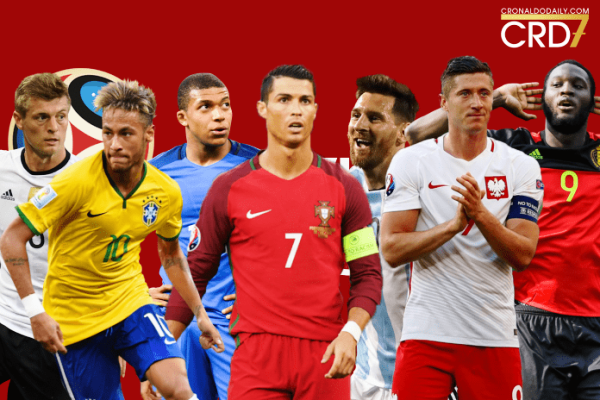 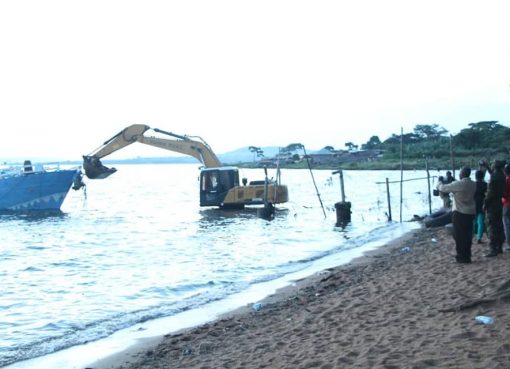 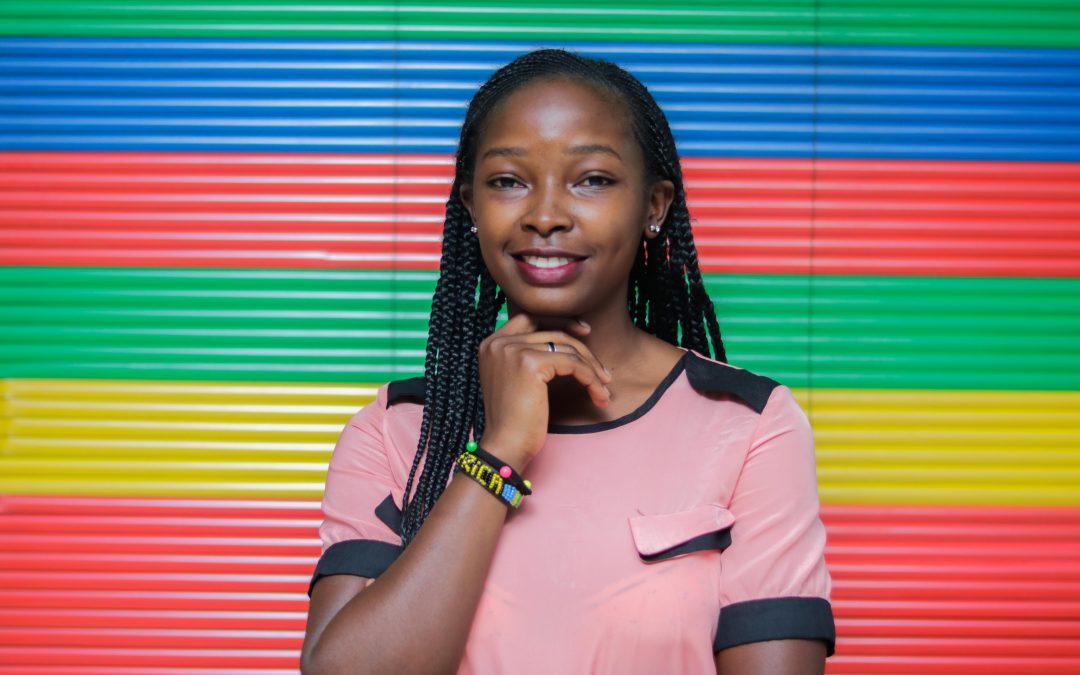