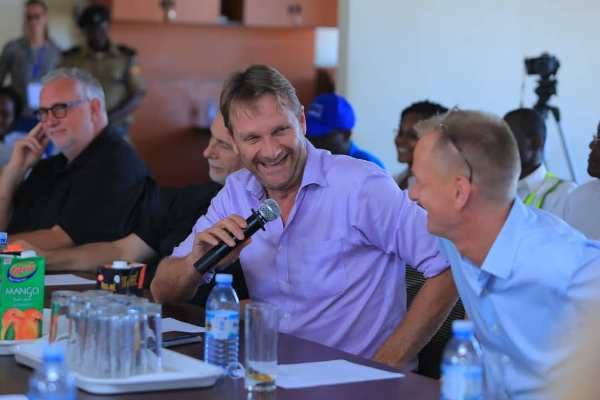 Collaboration between government of Uganda and development partners has made available resources that have been invested in infrastructure upgrade at Malaba One Stop Border Post (OSBP).

Malaba OSBP is the busiest and biggest inland port on the northern corridor handling thousands of cargo trucks whose final destinations include Uganda, South Sudan, DR Congo, Rwanda and Burundi among others.

Specifically, Malaba OSBP handles 80 per cent of Uganda International Trade volumes on the northern corridor, compared to about 15 per cent handled by Busia OSBP.

In the past, Malaba OSBP operations have been hampered by absence of proper infrastructure but this is no more.

The government has since funded and installed non-intrusive cargo and hand luggage scanners at the border, a development that not only enhances security but also ensures faster clearance of cargo.

Further, Department for International Development (DFID) through TradeMark East Africa has funded the construction of new and wider access (inbound and outbound) roads, and modern parking to a tune of USD 2 million. This specific investment has reduced cargo clearance time, costs and congestion at the border.

Lastly, European Union constructed a new bridge linking Kenya to Uganda via the newly constructed access roads. The new bridge has in turn boosted safety for stakeholders as the old one was a disaster in waiting after it developed holes and cracks.

In an interview, James Malinzi, the Uganda Revenue Authority (URA) manager for Eastern region noted that the joint developments are timely as they directly address the ever growing in and outgoing trade volumes.

“After addressing soft infrastructure, we have been focused on hard infrastructure. This includes improving roads, and expanding parking to manage the growing number of imports and exports that pass through Malaba. I can say that the infrastructure works are 90 per cent done. We thank the government and its partners particularly DFID, TradeMark EA, World Bank and EU for making this happen,” he said.

“Since 2010 when TradeMark East Africa was founded, we have invested a lot in both hard and soft infrastructure. This includes construction of over 13 OSBPs across East Africa including Elegu, Busia, Mirama Hills and Mutukula in Uganda,” Ssali says, adding: “In Malaba, we have worked on the access roads and parking. Because Malaba is Uganda’s Mombasa, it is important that both the soft and hard infrastructure is functioning well.”

On behalf of the EU delegation, Henk Jan BAKKER – the Netherland Ambassador to Uganda noted that the Malaba experience is a testament that well implemented deliberate interventions spur trade and improve livelihood.

“I was around in 2010 when TradeMark East Africa was starting off. At that time it was an idea. I am happy to note that 9 years later, what was on paper has been implemented. I thank all partners involved for the work well done,” Amb Henk Jan BAKKER.