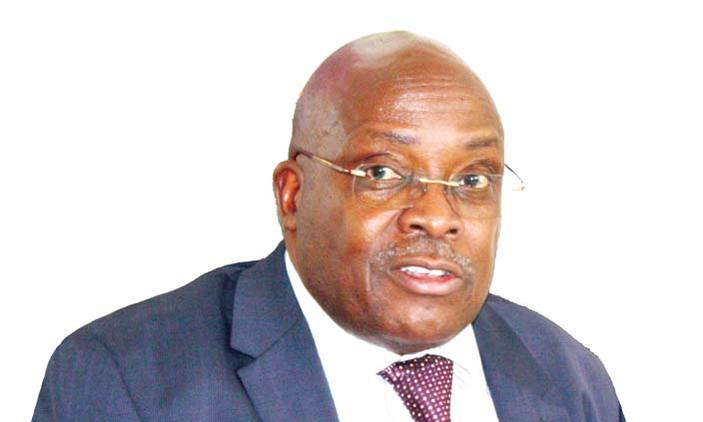 Business Focus (BF) interviewed Frank Sebbowa (FS) about life outside a government job and a wide range of issues regarding Uganda’s economy. He says getting contracts from government isn’t easy.

BF: How is life outside public service?

FS: Basically, I am happy, there is less pressure. In Public Service, you are given instructions which are in grey area, so you have got to navigate the law to ensure you don’t break the law.

When you are outside, you choose not to go in the grey area, so you remain focused. I think I enjoy that now; I don’t have to say ‘now the Minister says this, but this law says this.’

FS: I spent 10 years in energy and it drives the economy, so I want to remain relevant. We want to start training this year how one can start an investment among other things.

Right now, in Frank Energy Consultants, we are five of us, four young people and me. The young people have a different way of dealing with things, but also, they are good for sustainability purposes. I have told them that I am here temporarily; they should make a fortune out of this place.

BF: What key challenges are you facing in the private sector?

FS: Getting Government jobs (contracts) is a really big challenge. The technocrats believe that the people with (white) colour are more clever than the local people.

BF: What’s your view on Uganda’s current economic and political situation? What impact does it have on investments?

FS: Politics as always has had an impact, but I don’t think that the people who invest here are that worried about our politics. They come and invest. It is the local people who get excited about politics.

However, a new phenomenon has come up. This Bobi Wine thing isn’t going to be a joke. I hope; he will use the momentum he has gained to change the way the youths look at investments.

Currently, our youths are very consumptive-they consume a lot, instead of looking at saving.

So if he can persuade them to save, this country in ten years will be far.

I hope others will emulate him and take this country where it should go. I think there is a big percentage of Ugandans who aren’t involved in the economy and that’s a danger because they should have a stake in the economy.

Going back to the current situation, we are seeing a lot of hardship for investors, but because we have confused those middle men with genuine investors, there are people we have been admiring as real tycoons, not knowing they have been running on our money, not their money.

And that, I think is going to hang around for some time until these matters are sorted, then the real investors will emerge.

We see people who are stealing money and doing fraudulent things always in the press, doing celebrations and so on.

But there are people who have genuinely invested in this country; those will sustain the economy, but these others might crumble.

If that continues, the porous economy where statistics shows the economy grew by 6%, but you see people getting poorer and poorer.

That exists because Government hasn’t helped real investors to prosper and invest. Instead, they are looking at people who throw around money at parties.

I think, Government should ask; if you are throwing around money for parties, where did you get it from?

BF: What advice do you have for your successor on attracting genuine investors?

FS: Genuine investors will always be there, but they have got to be poached; they need to be encouraged.

I found that genuine investors come on their own, they take a short holiday here and go to Kenya, Rwanda. They may even visit Uganda Investment Authority. If you get hold of such people, encourage them, do some research on them because internet is open and you can research on their companies. Talk to them; find out, what is it that they want to invest in.

The bigger investment houses like the financial companies aren’t interested in doing basic work themselves. They assume that when they come, you have many projects where you have done some feasibility study-you should have a pipeline of bankable projects that people can look at and they go to their advisers to do some detailed studies.

But of you don’t do that, the business of investment promotion is going to remain a big challenge.

Also, you need to be involved with our local leadership here to ensure that they don’t do those things that keep away investors.

We spent the last 3-4years fighting on the streets of Kampala with the world cameras looking at us.

There should be other ways of sorting out our differences other than teargas. I am glad that has vanished. That teargas did us more damage than good.

I don’t think only Government, but also the Opposition should be persuaded that going on TV maybe good politically, but it does damage to the economy.

Some of those investments you see going out, some of them would remain here if there was less bad fighting between politicians.

We had started the revolution to change UIA and employed more young people. Nowadays, everything is done on Smartphones. They need people who can move very fast to that direction.

BF: About 20% of Ugandans have access to electricity despite having ‘surplus’ power. As an expert in energy, what explains low energy consumption in Uganda?

FS: It is a complex situation. Uganda in the next two year will have far more electricity than we did. That is a fact because you are more than doubling the electricity generation.

Also, Uganda has the capacity to move electricity around because of the bulk supply, the big voltage-the UETCL project electricity will move.

But unfortunately, electricity isn’t reaching the consumers because it stops in those big substations.

Unless a substantial amount of money is invested into the low voltage distribution network, we are going to have a challenge because we have all this generation, you have the transmission but low electricity  is consumed.

You have got to find a way, like prewired volts for slums where you just plug in for the houses to supply the house. Many more people would have access to power.

But the real concern of the country is beyond that. Now that we have doubled the generation of electricity, you need also to increase the industrial consumption of electricity by making the environment good for industries to come and invest by supporting them.

An industrial investor who applies for electricity, it should take him a week to get it, that way, those industries will come quicker.

So if these people can be enabled to be serviced very quickly, their production costs would go down, therefore, they would become more competitive both in Uganda and in the region.

If you go to those factories in Mbalala on your way to Jinja, they have huge generators running all the time because they don’t think they should stop, they have sunk boreholes.  But these are the things that could enable consumption of electricity.

Transmission we are doing very well, but the consumers need to see that they can get it as fast as possible.

For me, I advocate for not only Kampala, but the power network in all Municipalities in the country should be strong enough.

BF: Going by the prevailing circumstances, do you think Uganda will achieve the middle income status (lower) by 2020?

FS: A man called [Joseph] Muvawala, [the Executive Director at National Planning Authority], who we may safely assume is the architect of the National Development Plan where the issue Middle Income Status is highlighted said it was impossible!

Two weeks after the National Development Plan was launched, he said we can’t achieve it and it was reported in the media. Who am I to say it can be achieved? It could be done, but not in the time we set ourselves. Uganda will not always be like this. 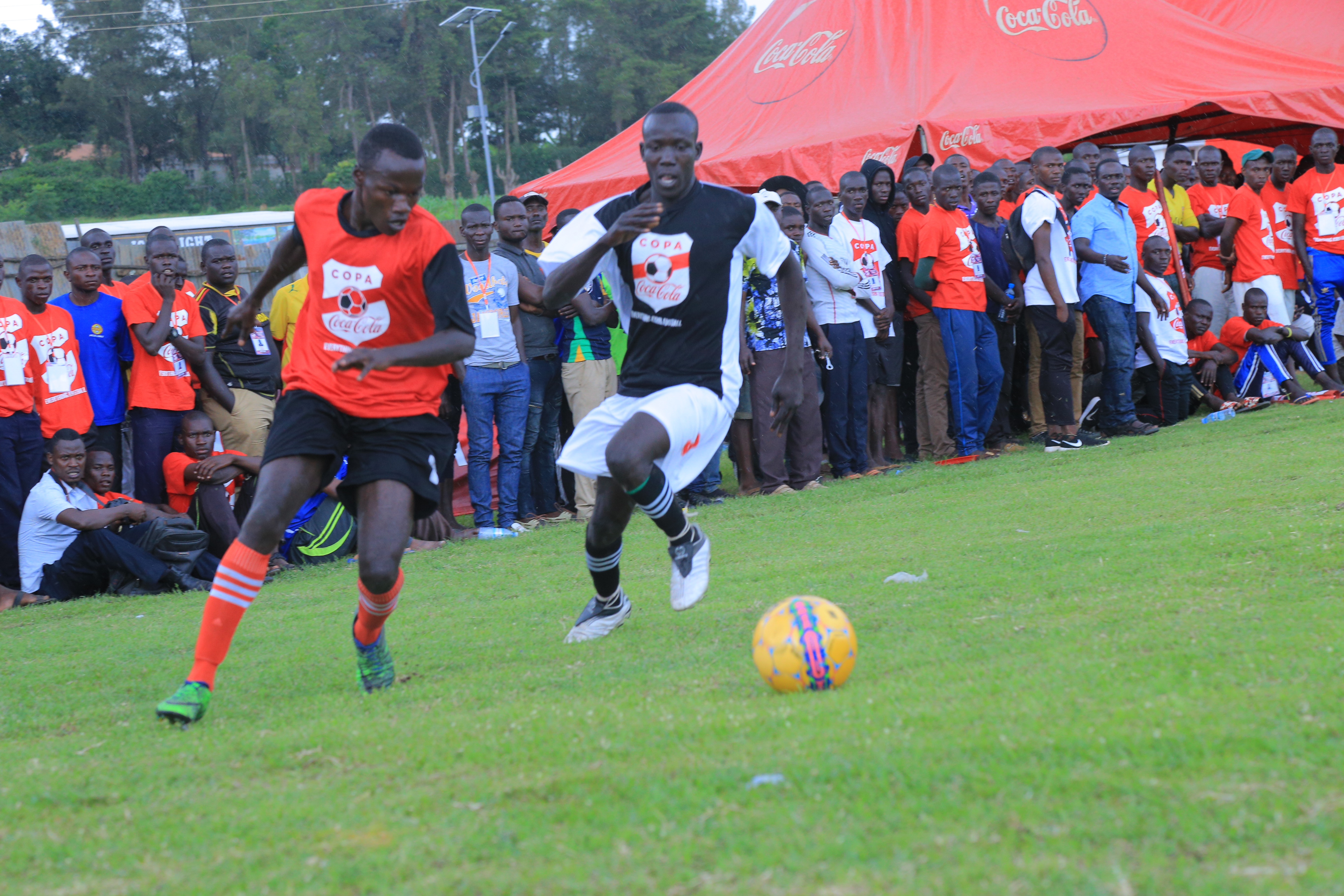 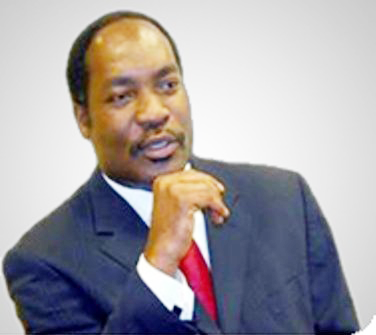