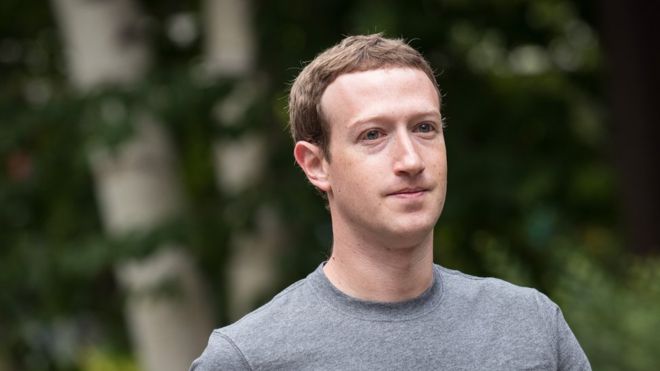 Facebook founder Mark Zuckerberg has pledged to dedicate the next year to fixing the social network, admitting that a barrage of scandals means it hast lost the faith of users and governments.

In a New Year’s message posted on Facebook, he said he would be dedicating 2018 to repairing the company’s reputation following a year in which it has been attacked over fake news, Russian political meddling and allegations that social media can be detrimental to people’s mental health.

In a rare mea culpa, he also acknowledged that many believed websites like Facebook had grown too powerful and admitted the website may had had a part in “dividing” society, as its critics allege.

“The world feels anxious and divided, and Facebook has a lot of work to do – whether it’s protecting our community from abuse and hate, defending against interference by nation states, or making sure that time spent on Facebook is time well spent,” Mr Zuckerberg wrote.

“Back in the 1990s and 2000s, most people believed technology would be a decentralising force. But today, many people have lost faith in that promise. With the rise of a small number of big tech companies and governments using technology to watch their citizens many people now believe technology only centralises power rather than decentralises it.”

In previous years, Zuckerberg has set himself annual challenges such as learning Mandarin, building an AI for his home and visiting every US state. His goal for 2018 appeared to reflect an acceptance that the company still has plenty to do to answer its critics.

Mr Zuckerberg has been accused of watching idly on as his business profited from abuse, terrorism and Russian propagandists – to the detriment of its users.

Its affect on young people became a cause for concern following a trend in live-stream suicides on the website and widespread cyber bullying campaigns.

Facebook itself admitted in December that spending time scrolling though its news feed can have a detrimental affect on a person’s mental health. It has also admitted to profiting from Russian propaganda during the US election and there were concerns that adverts paid for by Russian money may have skewed the European referendum, although Facebook has denied this.

The social network has come under fire from UK MPs, several of whom accuse it of encouraging and enabling terrorists who use it to communicate and recruit.

Mr Zuckerberg claimed it would be impossible to prevent “all mistakes or abuse” but admitted: “We currently make too many errors enforcing our policies and preventing misuse of our tools. If we’re successful this year then we’ll end 2018 on a much better trajectory.”

Mr Zuckerberg’s post hinted that his company may have become more powerful than he imagined, and alluded to losing sight of the sense of the democratic power that technology once appeared to offer.

“A lot of us got into technology because we believe it can be a decentralising force that puts more power in people’s hands. (The first four words of Facebook’s mission have always been “give people the power”.),” he wrote.

He mentioned important “counter trends” like encryption and cryptocurrency which could put power back into people’s hands. It is likely that he was referring to WhatsApp, an encrypted chat messenger that he bought in 2014, that has suffered criticism as MPs warned it allowed terrorists and criminals to communicate securely.

Kampala Most Affordable City in EAC-Survey