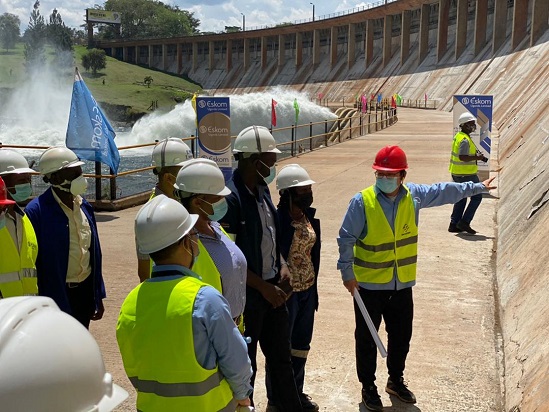 Eskom Uganda has today received completed refurbishment works on the Nalubaale Main Dam. The UGX 11.6 billion project undertaken by Sinohydro Corporation involved carrying out repairs on all damaged and cracked surfaces of the dam to cure leakages.

Officiating at the project handover, Ms Thozama Gangi, the Managing Director, Eskom Uganda said, “This main dam refurbishment project was undertaken to increase the structural and functional integrity of the dam, by reducing water ingress which would aggravate the effects of aggregate silica reaction, a concrete cancer that affects hydro civil structures. By carrying out a successful project, we have made more progress towards curing the cracking that would have affected the power station. I thank the project team for doing amazing work, through COVID-19 and movement restrictions. Well, done!”

The Nalubaale main dam, the foundation and backbone of all hydropower activity at the Owen

Falls Complex, is a concrete gravity dam equipped with a flood sluiceway to regulate the river flow and a concrete intake dam where the indoor surface power station is located housing ten 18MW generating units. The dam which forms the control for Lake Victoria, the third largest freshwater body in the world, is about 750m long and has a maximum height of 30m with a road bridge crossing over it.

Leakage through cracks, joints, and other parts of the concrete dam were observed to be increasing over the years and this posed operational and dam safety concerns.

Although grouting work was done in 1999 to arrest some leakages, readings, seepage observations and inspection reports suggested that the previously grouted curtain had deteriorated causing a negative impact on the functional and structural integrity of the 67-year dam hence necessitating further refurbishment.

While handing over the project, Mr Huang Shicai, the Project Manager, Sinohydro Corporation said; “The Nalubaale Refurbishment Project was a challenging one technically, due to the age of the dam. The leakage flow was heavy and difficult to intercept. We however engaged extensively with the Eskom Project Manager and the consultant team Gibb South Africa about the proposed methods and using the trial section activities, such as grouting test, pressure test and hole imaging, developed the right mix and approach. We managed to seal the leakage paths and contributed towards improving this great dam. We sincerely appreciate the cooperation and support from Eskom Management and the consultant team Gibb South Africa.”

Eskom has to date invested UGX 150 billion (USD 42m) in both Nalubaale and Kiira power stations and plans to invest an additional UGX 87 billion (USD 23.7 million) by March 2023. 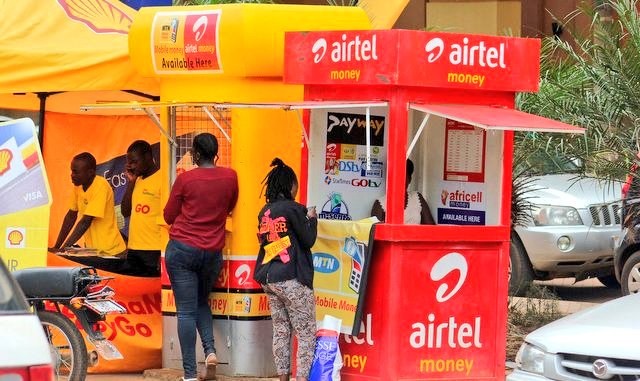 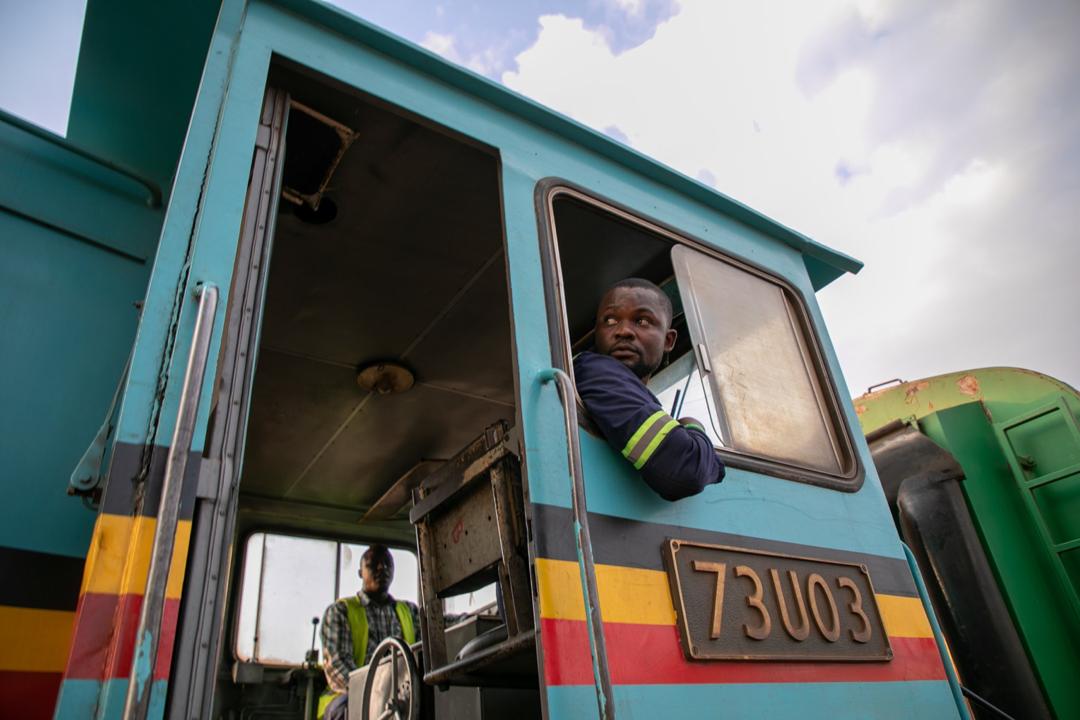